skipmap is a high-performance concurrent sorted map based on skip list. Up to 3x ~ 10x faster than sync.Map in the typical pattern.

skipmap is a high-performance concurrent map based on skip list. In typical pattern(one million operations, 90%LOAD 9%STORE 1%DELETE), the skipmap up to 3x ~ 10x faster than the built-in sync.Map.

The main idea behind the skipmap is A Simple Optimistic Skiplist Algorithm.

Different from the sync.Map, the items in the skipmap are always sorted, and the Load and Range operations are wait-free (A goroutine is guaranteed to complete a operation as long as it keeps taking steps, regardless of the activity of other goroutines).

When should you use skipmap

In these situations, skipmap is better

In these situations, sync.Map is better 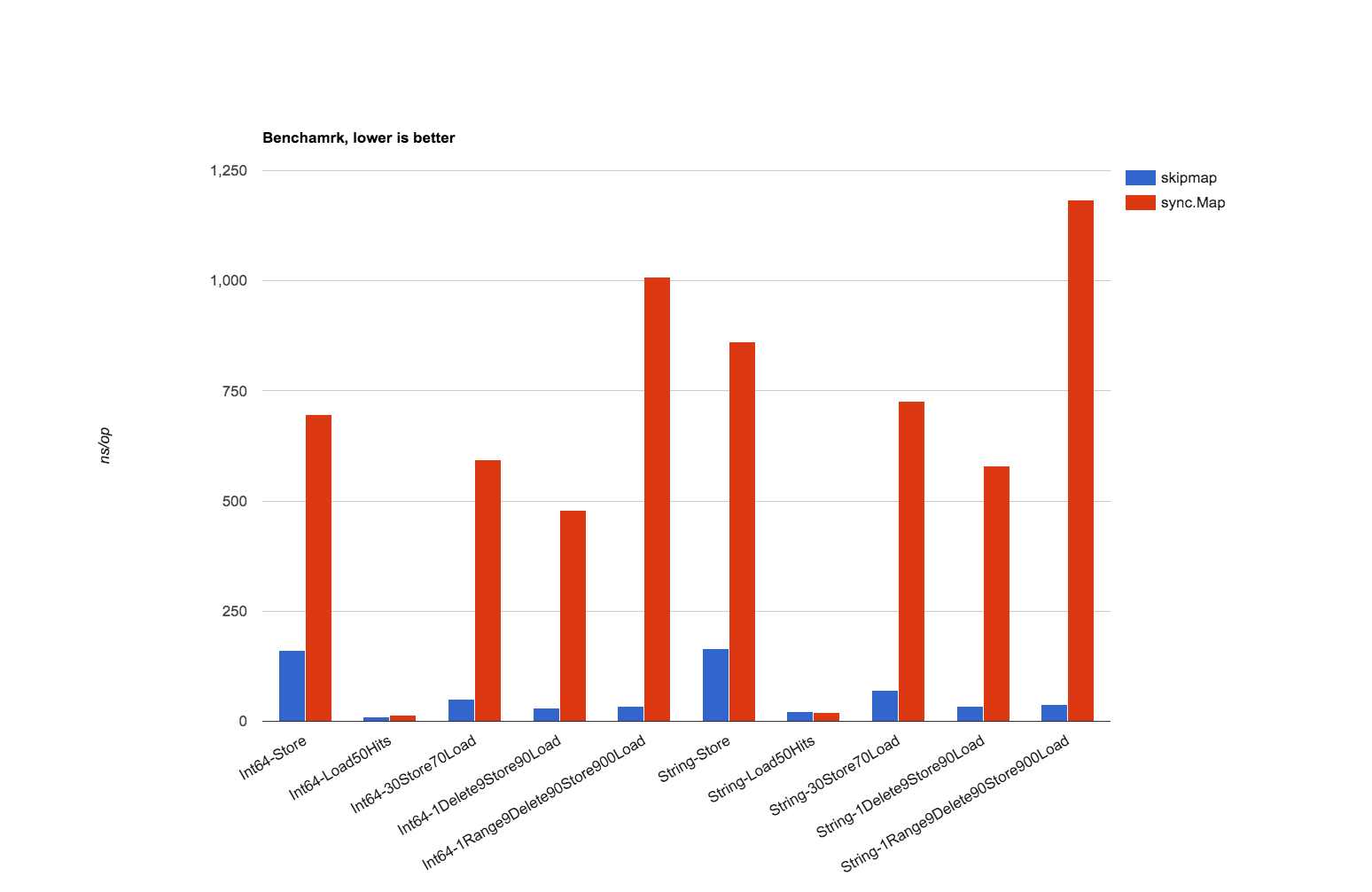 About This is a library implementing skip lists for the Go programming language (http://golang.org/). Skip lists are a data structure that can be used

A Go library for an efficient implementation of a skip list: https://godoc.org/github.com/MauriceGit/skiplist

Skip List in Golang Skip list is an ordered map. See wikipedia page skip list to learn algorithm details about this data structure. Highlights in this

Skipfilter This package provides a data structure that combines a skiplist with a roaring bitmap cache. This library was created to efficiently filter

fast-skiplist Purpose As the basic building block of an in-memory data structure store, I needed an implementation of skip lists in Go. It needed to b

concwg Description This package provides a version of sync.WaitGroup that allows calling Add and Wait in different goroutines. Motivation sync.WaitGro

A typed implementation of the Go sync.Map using code generation

Generic types that are missing from Go, including sets, trees, sorted lists, etc.

go-typ Generic types that are missing from Go, including sets, trees, sorted lists, etc. All code is implemented with 0 dependencies and in pure Go co 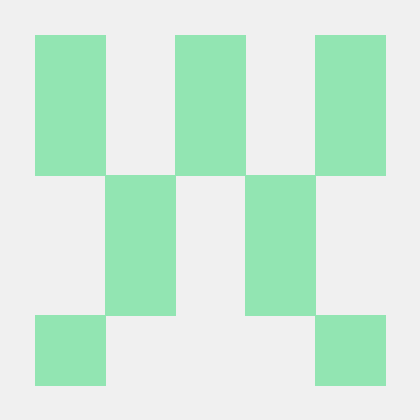 ZSet is an in-memory Redis like sorted set datastructure

zset Getting Started Installing To start using hash, install Go and run go get: $ go get -u github.com/arriqaaq/zset This will retrieve the library. U

This project is no longer maintained - feel free to fork the project! gringo A high-performance minimalist queue implemented using a stripped-down loc

go-fasttld go-fasttld is a high performance top level domains (TLD) extraction module implemented with compressed tries. This module is a port of the

A faster method to get elements from an interface (Struct or Slice type) for Go.

A faster method to get elements from an interface (Struct or Slice type) for Go.

TBH, there are probably better/faster implementations out there.

Scott's Skiplist TBH, there are probably better/faster implementations out there. See https://github.com/MauriceGit/skiplist-survey I wrote this one b