⚡️Curated list of resources for the development and applications of blockchain.

Curated list of resources for the development and applications of block chain.

The blockchain is an incorruptible digital ledger of economic transactions that can be programmed to record not just financial transactions but virtually everything of value (by Don Tapscott).

This is not a simple collection of Internet resources, but verified and organized data ensuring it's really suitable for your learning process and useful for your development and application.

A: A blockchain is a distributed database with a list (that is, chain) of records (that is, blocks) linked and secured by digital fingerprints (that is, crypto hashes). Example from genesis_block.json: A: A Merkle tree is a hash tree named after Ralph Merkle who patented the concept in 1979 (the patent expired in 2002). A hash tree is a generalization of hash lists or hash chains where every leaf node (in the tree) is labelled with a data block and every non-leaf node (in the tree) is labelled with the crypto(graphic) hash of the labels of its child nodes. For more see the Merkle tree Wikipedia Article.

Note: By adding crypto(graphic) hash functions you can "merkelize" any data structure.

A: It's a blockchain secured by crypto(graphic) hashes that uses a directed acyclic graph data structure (instead of linear "classic" linked list).

Q: Is the Git Repo a Blockchain?

A: Yes, every branch in the git repo is a blockchain. The "classic" Satoshi-blockchain is like a git repo with a single master branch (only).

Bitcoin is an experimental digital currency that enables instant payments to anyone, anywhere in the world. Bitcoin uses peer-to-peer technology to operate with no central authority: managing transactions and issuing money are carried out collectively by the network.

Ethereum is a decentralized platform that runs smart contracts: applications that run exactly as programmed without any possibility of downtime, censorship, fraud or third-party interference.

These apps run on a custom built blockchain, an enormously powerful shared global infrastructure that can move value around and represent the ownership of property.

XuperChain is the underlying solution for union networks with following highlight features:

Monero is a private, secure, untraceable, decentralised digital currency. You are your bank, you control your funds, and nobody can trace your transfers unless you allow them to do so.

Privacy: Monero uses a cryptographically sound system to allow you to send and receive funds without your transactions being easily revealed on the blockchain (the ledger of transactions that everyone has). This ensures that your purchases, receipts, and all transfers remain absolutely private by default.

Security: Using the power of a distributed peer-to-peer consensus network, every transaction on the network is cryptographically secured. Individual wallets have a 25 word mnemonic seed that is only displayed once, and can be written down to backup the wallet. Wallet files are encrypted with a passphrase to ensure they are useless if stolen.

Untraceability: By taking advantage of ring signatures, a special property of a certain type of cryptography, Monero is able to ensure that transactions are not only untraceable, but have an optional measure of ambiguity that ensures that transactions cannot easily be tied back to an individual user or computer.

IOTA is a revolutionary new transactional settlement and data integrity layer for the Internet of Things. It’s based on a new distributed ledger architecture, the Tangle, which overcomes the inefficiencies of current Blockchain designs and introduces a new way of reaching consensus in a decentralized peer-to-peer system. For the first time ever, through IOTA people can transfer money without any fees. This means that even infinitesimally small nanopayments can be made through IOTA.

IOTA is the missing puzzle piece for the Machine Economy to fully emerge and reach its desired potential. We envision IOTA to be the public, permissionless backbone for the Internet of Things that enables true interoperability between all devices.

EOSIO is software that introduces a blockchain architecture designed to enable vertical and horizontal scaling of decentralized applications (the “EOSIO Software”). This is achieved through an operating system-like construct upon which applications can be built. The software provides accounts, authentication, databases, asynchronous communication and the scheduling of applications across multiple CPU cores and/or clusters. The resulting technology is a blockchain architecture that has the potential to scale to millions of transactions per second, eliminates user fees and allows for quick and easy deployment of decentralized applications. For more information, please read the EOS.IO Technical White Paper.

IPFS (the InterPlanetary File System) is a new hypermedia distribution protocol, addressed by content and identities. IPFS enables the creation of completely distributed applications. It aims to make the web faster, safer, and more open.

IPFS is a distributed file system that seeks to connect all computing devices with the same system of files. In some ways, this is similar to the original aims of the Web, but IPFS is actually more similar to a single bittorrent swarm exchanging git objects. You can read more about its origins in the paper IPFS - Content Addressed, Versioned, P2P File System.

Blockchain as a collateral

If you found this resource helpful, give it a otherwise contribute to it and give it a .

Arche - Smart Hybrid Workforce Manager: A system that aims to provide companies an easy to use platform for managing company resources by allowing employees to book company spaces and resources.

Blockchain-go - A repository that houses a blockchain implemented in Go

blockchain-go This is a repository that houses a blockchain implemented in Go. F

The Cosmos-SDK is a framework for building blockchain applications in Golang.

The Cosmos-SDK is a framework for building blockchain applications in Golang. It is being used to build Gaia, the first implementation of the Cosmos Hub. 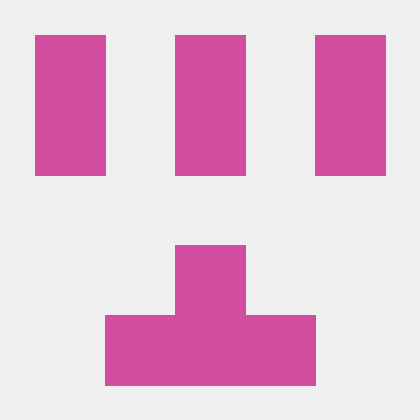 demochain is a blockchain built using Cosmos SDK and Tendermint and created with Starport.

demochain demochain is a blockchain built using Cosmos SDK and Tendermint and created with Starport. Get started starport chain serve serve command i

loan is a blockchain built using Cosmos SDK and Tendermint and created with Starport.

loan loan is a blockchain built using Cosmos SDK and Tendermint and created with Starport. As a borrower you post a request for a loan and specify the

Evmos Evmos is a scalable, high-throughput Proof-of-Stake blockchain that is fully compatible and interoperable with Ethereum. It's built using the Co

Simple and useful principle of wallet in blockchain

Api for getting blockchain block and transaction details in Go. 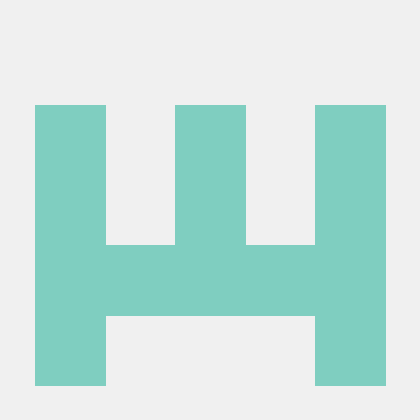 Blockchain Hello World in GoLang This project was builded to improve my knowledge about blockchain and cryptocurrency. To build this project, I've fol

A blockchain-based demo that shows an alternative strategy for ensuring data and log integrity on aircraft. (Coded in less than 24 hours for GunnHack)