Documenting your Threat Models with HCL

There are many different ways in which a threat model can be documented. From a simple text file, to more in-depth word documents, to fully instrumented threat models in a centralised solution. Two of the most valuable attributes of a threat model are being able to clearly document the threats, and to be able to drive valuable change.

hcltm aims to provide a DevOps-first approach to documenting a system threat model by focusing on the following goals:

See Data Flow Diagram for more information on how to construct data flow diagrams that are converted to PNGs automatically.

To see an example of how to reference pre-defined control libraries for the OWASP Proactive Controls and AWS Security Checklist see examples/tm3.hcl

To see a full description of the spec, see here or run:

hcltm will also process JSON files, but the only caveat is that import modules and variables won't work. You can see examples/tm1.json as an example.

HCL is the primary configuration language used in the products by HashiCorp, in-particularly, Terraform - their open-source Infrastructure-as-Code software. I worked at HashiCorp for a while and the language really grew on me, plus, if DevOps and Software engineers are using the language, then simplifying how they document threat models aligns with hcltm's goals.

You can use hcltm with JSON, but you lose some of the features. For more, see the examples/ folder.

Why not just document them in MD?

I liked the idea of using a format that could be programmatically interacted with.

One of the features of hcltm is the automatic generation of data flow diagrams from HCL files. This leverages the go-dfd package by Marqeta and Blake Hitchcock. Definitely check out their blog post on Threat models at the speed of DevOps.

Additionally I'd like to extend thanks to Jamie Finnigan and Talha Tariq at HashiCorp for allowing me to continue working on this open-source tool even after I'd finished up with HashiCorp.

Download the latest version from releases and move the hcltm binary into your PATH.

hcltm can be integrated directly into your GitHub repos with https://github.com/xntrik/hcltm-action. This is one of the ideal methods to manage your threat models, and helps meet the goal of integrating into your version control systems.

For further help on contributing to hcltm please see the CHANGELOG.md.

For help on any subcommands use the -h flag.

Most of the hcltm commands have a -config flag that allows you to specify a config.hcl file. HCL within this file may be used to overwrite some of hcltm's default attributes. These are listed below:

If you modify these attributes, you'll need to remember to provide the config file for other operations, as this may impact validation or dashboard creation.

The hcltm list and hcltm view commands can be used to list and view data from hcltm spec HCL files.

The hcltm validate command is used to validate a hcltm spec HCL file.

See the following example of:

The hcltm dashboard command takes hcltm spec HCL files, and generates a number of markdown and png files, dropping them into a selected folder.

The hcltm dashboard command can also take an optional flag to specify a filename for the "index" generated dashboard file. By default this file is dashboard.md. Use the -dashboard-filename flag without an extension to change this filename.

As per the spec, a threatmodel may include a single data_flow_diagram. An example of a simple DFD is available here.

The hcltm dfd command takes hcltm spec HCL files, and generates a number of png files, dropping them into a selected folder.

If the HCL file doesn't include a threatmodel block with a data_flow_diagram block, then nothing is output.

The command itself is very similar to the Dashboard command.

If your threatmodel doesn't include a diagram_link, but does include a data_flow_diagram, then this will also be rendered when running hcltm dashboard. 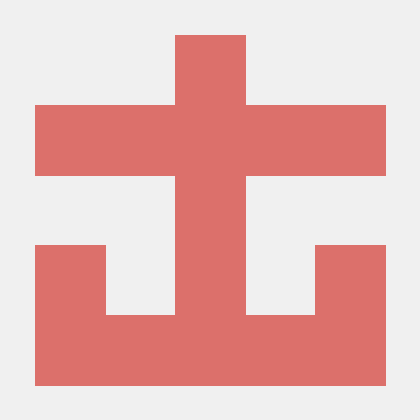 🧀 Formaggo is a simple model checker inspired by TLA+, The checker and the models are written in Go

?? Formaggo. A cheesy exhaustive state checker in Go. Formaggo is a simple model checker inspired by TLA+. The checker and the models are written in G

Host yo' self from your browser, your phone, your toaster.

A hosting service from the browser, because why not. Try it at hostyoself.com. See it in action Here's an example where I use hostyoself.com to host i

:mailbox_closed: Your own local SMS gateway in Go

gosms Your own local SMS gateway What's the use ? Can be used to send SMS, where you don't have access to internet or cannot use Web SMS gateways or w

Yubigo is a Yubikey client API library that provides an easy way to integrate the Yubico Yubikey into your existing Go-based user authentication infrastructure.

yubigo Yubigo is a Yubikey client API library that provides an easy way to integrate the Yubikey into any Go application. Installation Installation is

An HTTP service for customizing import path of your Go packages.

Enable your Golang applications to self update with S3

s3update Enable your Golang applications to self update with S3. Requires Go 1.8+ This package enables our internal tools to be updated when new commi

Give your dependencies stars on GitHub! 🌟

Give stars to your dependencies of Go repositories and say thank you to developers!!

Ginker Ginker is a GUI application for auto-evaluating your Golang code. It allows you to write and run Golang code on the fly and it will help you to

Tree Style Histyle This extension shows your recent browser history in tree style. When you browser pages from internet, you always jump from one page

Don't get surprised by your environment variables.