being a gh extension for finding issues to help with in a GitHub repository.

This extension suggests an issue in a given repository to work on. Suggested issues are:

either uses the current repository or a repository suppled via -R like gh itself.

a gh extension that prints out an oblique strategy

Merge some files in a path with custom extension in golang

gh cli extension to display a dashboard of PRs - configurable with a beautiful UI.

gh-prs A gh cli extension to display a dashboard with pull requests by filters you care about. Installation Installation requires a minimum version (2

A basic file server automatically generates self certificates and serves the given folder.

A basic file server automatically generates self certificates and serves the given folder.

Encguess is an application which attempts to guess the encoding of a given file.

Encguess Encguess is an application which attempts to guess the encoding of a given file. It will be focused on solving practical problems which I hav

This is a tool to extract TODOs, NOTEs etc or search user provided terms from given files and/or directories.

ado This is a tool to extract TODOs, NOTEs etc or user provided terms from given files and/or directories. DEPRECIATED: My project seek has cleaner co

A Small Virtual Filesystem in Go

This is a virtual filesystem I'm coding to teach myself Go in a fun way. I'm documenting it with a collection of Medium posts that you can find here. 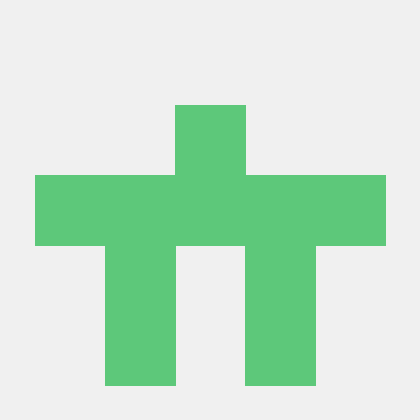 revealit is a small binary that helps with the identification of dependencies and their categories. When you start on a new project, it's always interesting to understand what people have been using.

AetherFS assists in the production, distribution, and replication of embedded databases and in-memory datasets. You can think of it like Docker, but f

A small cross-platform fileserver for CTFs and penetration tests.

A small executable programme that deletes your windows folder.

A small tool for sending a single file to another machine

file-traveler A small tool for sending a single file to another machine. Build g

Paste your GitHub Secrets to files