gopatch is a tool to match and transform Go code. It is meant to aid in refactoring and restyling.

gopatch operates like the Unix patch tool: given a patch file and another file as input, it applies the changes specified in the patch to the provided file.

What specifically differentiates it from patch is that unlike plain text transformations, it can be smarter because it understands Go syntax.

Download a pre-built binary of gopatch from the Releases page or by running the following command in your terminal and place it on your $PATH.

Alternatively, if you have Go installed, build it from source and install it with the following command.

This patch is a fix for staticcheck S1028. It searches for uses of fmt.Sprintf with errors.New, and simplifies them by replacing them with fmt.Errorf.

To apply the patch, cd to your Go project's directory.

Run gopatch on the project, supplying the previously written patch with the -p flag.

This will apply the patch on all Go code in your project.

Check if there were any instances of this issue in your code by running git diff.

To learn how to write your own patches, move on to the Patches section. To dive deeper into patches, check out Patches in depth.

To experiment with other sample patches, check out the Examples section.

To use the gopatch command line tool, provide the following arguments.

Where pattern specifies one or more Go files, or directories containing Go files. For directories, all Go code inside them and their descendants will be considered by gopatch.

Patch files are the input to gopatch that specify how to transform code. Each patch file contains one or more patches. This section provides an introduction to writing patches; look at Patches in depth for a more detailed explanation.

It specifies that we want to search for references to the identifier foo and replace them with references to bar. (Ignore the lines with @@ for now. We will cover those below.)

A more selective version of this patch will search for uses of foo where it is called as a function with specific arguments.

This will search for invocations of foo as a function with the specified argument, and replace only those with bar.

gopatch understands Go syntax, so the above is equivalent to the following.

Searching for hard-coded exact parameters is limited. We should be able to generalize our patches.

The previously ignored @@ section of patches is referred to as the metavariable section. That is where we specify metavariables for the patch.

Metavariables will match any code, to be reproduced later. Think of them like holes to be filled by the code we match. For example,

This specifies that x should match any Go expression and record its match for later reuse.

What is a Go expression?

Expressions usually refer to code that has value. You can pass these as arguments to functions. These include x, foo(), user.Name, etc.

Check the Identifiers vs expressions vs statements section of the appendix for more.

Metavariables hold the entire matched value, so we can add code around them without risk of breaking anything.

gopatch patches are not limited to transforming basic expressions. You can also transform statements.

What is a Go statements?

Statements are instructions to do things, and do not have value. They cannot be passed as parameters to other functions. These include assignments (foo := bar()), if statements (if foo { bar() }), variable declarations (var foo Bar), and so on.

Check the Identifiers vs expressions vs statements section of the appendix for more.

For example, consider the following patch.

The patch will search for code that assigns to an error variable immediately before returning it, and inlines the assignment into the if statement. This effectively reduces the scope of the variable to just the if statement.

For more on transforming statements, see Patches In Depth/Statements.

Matching a single argument is still too selective and we may want to match a wider criteria.

For this, gopatch supports elision of code by adding ... in many places. For example,

Going back to the patch from Statements, we can instead write the following patch.

This patch is almost exactly the same as before except the return statement was changed to return ..., err. This will allow the patch to operate even on functions that return multiple values.

For more on elision, see Patches in depth/Elision.

This section lists various example patches you can try in your code. Note that some of these patches are not perfect and may have false positives.

The project is currently is in a beta state. It works but significant features are planned that may result in breaking changes to the patch format.

gopatch aims to be a generic power tool that you can use in lieu of simple search-and-replace.

gopatch will attempt to do 80% of the work for you in a transformation, but it cannot guarantee 100% correctness or completeness. Part of this is owing to the decision that gopatch must be able to operate on code that doesn't yet compile, which can often be the case in the middle of a refactor. We may add features in the future that require compilable code, but we plan to always support transformation of partially-valid Go code.

Beyond the known issues highlighted above, there are a handful of other issues with using gopatch today.

Besides addressing the various limitations and issues we've already mentioned, we have a number of features planned for gopatch.

If you'd like to contribute to gopatch, you may find the following documents useful:

gopatch is heavily inspired by Coccinelle.

goreporter A Golang tool that does static analysis, unit testing, code review and generate code quality report. This is a tool that concurrently runs

reviewdog - A code review dog who keeps your codebase healthy. reviewdog provides a way to post review comments to code hosting service, such as GitHu

reviewdog - A code review dog who keeps your codebase healthy. reviewdog provides a way to post review comments to code hosting service, such as GitHu

The most opinionated Go source code linter for code audit.

Tool to populate your code with traceable and secure error codes

Essential part of any project, especially customer facing is proper and secure error handling. When error happens and customer reports it, it would be nice to know the context of the error and where it exactly occured.

a tool for code clone detection

dupl dupl is a tool written in Go for finding code clones. So far it can find clones only in the Go source files. The method uses suffix tree for seri

starboard-report This repo aim to enrich the functionality of starboard. Starboard integrates security tools into the Kubernetes environment, so that 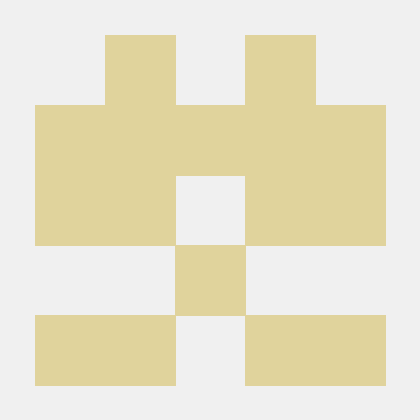 [mirror] This is a linter for Go source code.

Golint is a linter for Go source code. Installation Golint requires a supported release of Go. go get -u golang.org/x/lint/golint To find out where g 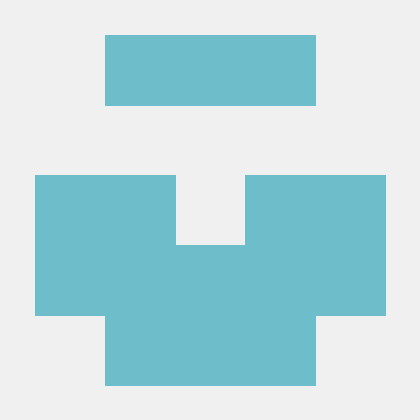 todocheck todocheck is a static code analyzer for annotated TODO comments. It let's you create actionable TODOs by annotating them with issues from an

gocloc A little fast cloc(Count Lines Of Code), written in Go. Inspired by tokei. Installation $ go get -u github.com/hhatto/gocloc/cmd/gocloc Usage

🔒🌍 Security scanner for your Terraform code

Know when GC runs from inside your golang code

gcnotifier gcnotifier provides a way to receive notifications after every run of the garbage collector (GC). Knowing when GC runs is useful to instruc 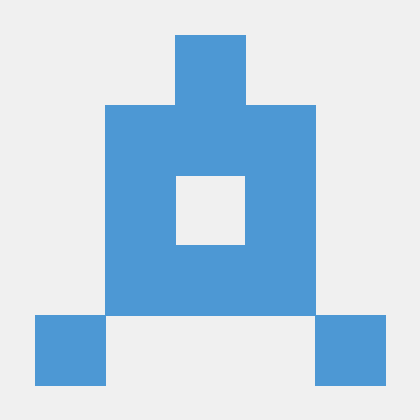