A Go package providing errors with a stack trace Read-only

Errors with a stack trace

A Go package providing errors with a stack trace.

This is a Go package. You can add it to your project using go get:

Why a new Go errors package?

I find github.com/pkg/errors package amazing. But the project is archived and not developed anymore, with many issues not addressed (primarily because many require some backward incompatible change). At the same time it has been made before Go 1.13 added official support for wrapping errors and it does not (and cannot, in backwards compatible way) fully embrace it. This package takes what is best from github.com/pkg/errors, but breaks things a bit to address many of the open issues community has identified since then and to modernize it to today's Go.

What are main differences from github.com/pkg/errors? 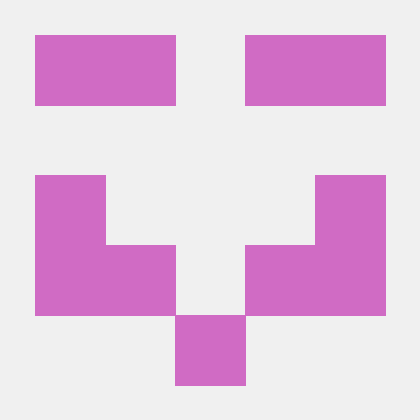 errors An errors package optimized for the pkg/errors package Use Download and install go get github.com/dobyte/errors API // New Wrapping for errors.

Drop-in replacement for the standard library errors package and github.com/pkg/errors

Emperror: Errors Drop-in replacement for the standard library errors package and github.com/pkg/errors. This is a single, lightweight library merging

eris provides a better way to handle, trace, and log errors in Go 🎆

eris Package eris provides a better way to handle, trace, and log errors in Go. go get github.com/rotisserie/eris Why you'll want to switch to eris Us

Reduce debugging time while programming Go. Use static and stack-trace analysis to determine which func call causes the error.

Errlog: reduce debugging time while programming Introduction Use errlog to improve error logging and speed up debugging while you create amazing code

Same as fmt.Errorf but with stack trace.

Annotation with stack trace for go1.13 Go 1.13 contains support for error wrapping. Now you can add additional information to an error by wrapping it

Common juju errors and functions to annotate errors. Based on juju/errgo

errors import "github.com/juju/errors" The juju/errors provides an easy way to annotate errors without losing the original error context. The exporte

erris erris is a program for checking that errors are compared or type asserted using go1.13 errors.Is and errors.As functions. Install go get -u gith

gostackparse Package gostackparse parses goroutines stack traces as produced by panic() or debug.Stack() at ~300 MiB/s. Parsing this data can be usefu

A simple errors package that dynamically prepends the package name.

errors ?? Buy me a cookie What is this? A simple errors package that dynamically prepends the package name. How to install Open a terminal and run the

A Go (golang) package for representing a list of errors as a single error.

go-multierror go-multierror is a package for Go that provides a mechanism for representing a list of error values as a single error. This allows a fun

Package semerr helps to work with errors in Golang.

semerr Package semerr helps to work with errors in Golang. Const error An error that can be defined as const. var errMutable error = errors.New("mutab

A Nostress Errors Package For Golang

A Nostress Errors Package For Golang

This structured Error package wraps errors with context and other info

RErr package This structured Error package wraps errors with context and other info. It can be used to enrich logging, for example with a structured l

The Emperor takes care of all errors personally

The Emperor takes care of all errors personally. Go's philosophy encourages to gracefully handle errors whenever possible, but some times recovering f

Errors Errors package is a drop-in replacement of the built-in Go errors package with no external dependencies. It lets you create errors of 11 differ

Hierarchical errors made right Hate seeing error: exit status 128 in the output of programs without actual explanation what is going wrong? Or, maybe,