♛♔ Play chess against UCI engines in your terminal.

♛♔ Play chess in your terminal. uchess is an interactive terminal chess client designed to allow gameplay and move analysis in conjunction with UCI chess engines.

uchess is highly configurable, fully themeable, and capable of supporting a variety of play scenarios including human vs. human, human vs. cpu, and cpu vs. cpu.

Games may be initialized via FEN notation and exported to PGN notation for further analysis in third-party engines. Additionally, board snapshots may be saved to SVG image format for the purpose of sharing or archiving board state.

A hint engine is provided to assist players in discovering the best move in a given scenario and game state may be walked backward on an as-needed basis to facilitate game tree exploration.

Game moves are input as algebraic notation via an interactive command shell, and a variety of auxillary commands are supported.

An example of a board snapshot: The easiest way to get uchess is via an official release.

uchess can also be installed using "go get". A valid GOPATH is required to use the go get command. If $GOPATH is not specified, $HOME/go will be used by default.

uchess includes a Makefile which will build a binary for your native architecture.

You can also cross compile via make release_test.

With no arguments specified, uchess will attempt to locate stockfish in your path and run it with difficulty level 20.

The manual way: generate a uchess config and edit it accordingly.

Run uchess on the config.

uchess accepts commands via an interactive shell. The following commands are supported.

If none of the previous commands are recognized, the input is assumed to be a move specified in algebraic notation.

When invoked with the -tmpl argument, uchess will generate a config with a reasonable set of defaults. The config file is a JSON document with the following top-level keys.

The uchess config file may reference any number of UCI engines; however, each engine must by identified by a unique name parameter. The following keys are supported for UCI configuration.

uchess is fully themeable, and user specified themes may be added to the uchess config file. The theme keys are named in a manner which is intended to be self-explanatory, and colors are specified by their respective hex values. It is recommended to limit colors to the spectrum supported by your terminal. xterm-256 (8-bit color) is the official standard for builtin themes.

The builtin themes are packaged into the uchess binary using Golang's embed package. New themes should be added to the themes project directory.

Pull requests for new builtin themes are welcome; however, the specified colors must fall under the xterm-256 standard. A color chart is available here.

When a name collision occurs, themes specified in the config file will override builtin themes.

Lastly, a special hex code of #0 is used to specify the terminal default color. This code should be used for any UI elements that may collide with an underlying color scheme (i.e., avoiding white fonts on white backgrounds).

uchess can effectively identify a wide variety of game outcomes, and it should account for the following end-game scenarios:

If the uchess config specifies both whitePiece and blackPiece as cpu, the specified UCI engines will play against each other. The game will cycle forward one move each time tne enter key is pressed.

uchess has been tested and confirmed to work on Linux, MacOS, and Windows (PowerShell) platforms. It should work with a wide variety of terminals.

uchess is currently in unstable (alpha) status, and its internal APIs are subject to change. Efforts will be made to keep the config file and theme format stable going forward to the extent that it is practical to do so.

Some UCI chess engines currently fail due to a lack of proper initialization. This will be resolved in a future release. For the moment, stockfish is the only UCI engine that is officially supported.

A cli to play chess against an an UCI engine of your choice, written in go

chess-cli chess-cli is a cli for playing chess against an UCI compatible engine written in go Note: Chess pieces are in unicode, so the color may seem 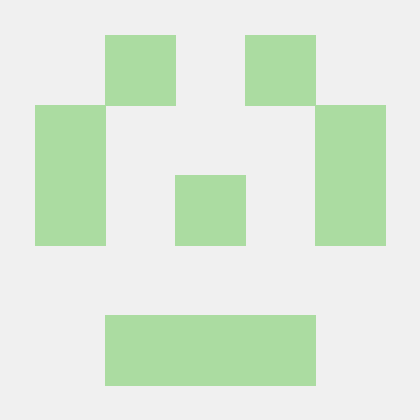 Play chess in your terminal

Gambit Chess board in your terminal. Warning gambit does not have many features at the moment. I plan on adding a chess engine, mouse support, timers,

Chesscode - Chesscode: a way of encoding messages using a chess board and the starting set of chess pieces

A terminal Snake game that supports multiple players to play together online.

GoSnake A Snake game that supports multiple players to play together online. The game is written in go language and does not use other third-party lib

A chess engine written in golang

Weasel Art graciously provided by Alex Table of Contents: About Installing and Compiling from Source Contributing License About Weasel is an 0x88 and

Currently in beta testing. A chess engine written in golang

Weasel Art graciously provided by Alex Table of Contents: About Installing and Compiling from Source Contributing License About Weasel is an 0x88 and

Chess The subject of my current live stream series. A simple chess UI built with Fyne. Thanks to: Chess Go library by Logan Spears github.com/notnil/c

A simple chess engine for experiment, made in Golang

A chess server built with Temporal.

chesstempo A chess server built with Temporal. Dependencies The activity worker runs Stockfish in the background. In Debian-based distros, you can ins

basicbots is a programming game where you program your robot to compete against other robot.

basicbots What is baiscbots? basicbots is a programming game where you program your robot to compete agaist other robots. What is the inspiration? My

Flashbots is a research and development organization formed to mitigate the negative externalities and existential risks posed by miner-extractable value (MEV) to smart-contract blockchains.

RISC-V Emulator A toy Golang RISC-V emulator that can play DOOM For now it uses smunaut bootloader and riscv_doom from the ICE40 project. But since th

Awesome 2D Maze-based games to play with kids in family and with friends on rich console UI. developed into Go.