Modern fuzzing has had a large amount of success and can be almost eerily smart, but has been most heavily used in the realm of security, often with a focus on parsing untrusted inputs.

Security is critical, but:

This project aims to pitch in on those two fronts.

If enough people work to make the fuzzing ecosystem accessible enough, "coffee break fuzzing" might eventually become as common as unit tests. And of course, increased adoption of fuzzing helps security as well.

Starting from an empty directory, create a module and install the dev version of Go 1.18 via gotip:

Download and install the fzgen binary from source, as well as add its fuzzer to our go.mod:

Use fzgen to automatically create a set of fuzz targets -- in this case for the encoding/ascii85 package from the Go standard library:

That's it -- now we can start fuzzing!

Within a few seconds, you should get a crash:

Without any manual work, you just found a bug in the standard library. (It's a very minor bug though -- probably at the level of "perhaps the doc could be more explicit about an expected panic").

That's enough for you to get started on your own, but let's also briefly look at a more interesting example.

Again starting from an empty directory, we'll set up a module, and add the fzgen fuzzer to go.mod:

Next, we automatically create a new fuzz target. This time:

That's it! Let's get fuzzing.

This time, we also enable the race detector as we fuzz:

This is a harder challenge than our first example, but within several minutes or so, you should get a data race detected:

If we want to see what exact calls triggered this, along with their input arguments, we can set a fzgen debug flag asking it to show us a reproducer, and then ask 'go test' to re-run the failing input that was just found. (Your failing example will almost certainly have a different filename and show a different pattern of calls).

This will output a snippet of valid Go code that represents the reproducer:

For this particular bug to be observable by the race detector, it requires:

Here, the 42 seen in the reproducer must be 42. On the other hand, the exact value of 152,152,152,... in the key doesn't matter, but what does matter is that the same key value must be used across this sequence of three calls to trigger the bug.

fz.Chain has logic to sometimes re-use input arguments of the same type across different calls (e.g., to make it easier to have a meaningful Get(key) following a Put(key)), as well logic to feed outputs of one step as the input to a subsequent step, which is helpful in other cases.

Rewinding slightly, if you look at the code you just automatically generated in autofuzzchain_test.go, you can see there are a set of possible "steps" listed that each invoke the target, but the most important line there is:

In other words, at execution time, fz.Chain takes over and guides the underlying fuzzing engine towards interesting calling patterns & arguments, while simultaneously exploring what runs in parallel vs. sequentially, the timing of parallel calls, and so on.

The prior example was a small but challenging example that takes a few minutes of fuzzing to find, but you can see an example of a deadlock found in real code here from the xsync.Map from github.com/puzpuzpuz/xsync.

In this case, it usually takes fz.Chain several million coverage-guided variations over a few hours of executing the generated autogenchain_test.go before it finds the deadlock.

Interestingly, the deadlock then typically only reproduces about 1 out of 1,000 attempts for a particular discovered problematic calling pattern and arguments.

Fortunately, once a problem is reported, we can paste the output of FZDEBUG=repro=1 into a standalone_repro_test.go file and use the handy -count argument in a normal go test -count=10000 invocation, and now we can reproduce the deadlock cleanly on demand. At that point, the reproducer is completely standalone and does not rely on fzgen any longer.

Any and all feedback is welcome!

Please feel free to open a new issue here, or to contact the author on Twitter (@thepudds1).

The roadmap issue (TODO) in particular is a reasonable starting place.

If you made it this far -- thanks! 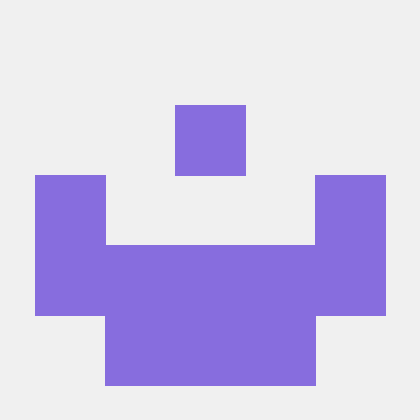 Package strit introduces a new type of string iterator, along with a number of iterator constructors, wrappers and combinators.

prose prose is a natural language processing library (English only, at the moment) in pure Go. It supports tokenization, segmentation, part-of-speech

autonotes Automation tool to autocapture screenshots and join them with a supplied .srt or .txt file and output a notes file in markdown. Problem? Wat

This is a simple text completion/editing/auto-correction tool I created in Go.

Auto Text Completion Tool This is a simple text completion/editing/auto-correction tool I created in Go. The tool receives the following arguments: Th

This package provides Go (golang) types and helper functions to do some basic but useful things with mxGraph diagrams in XML, which is most famously used by app.diagrams.net, the new name of draw.io.

Go Draw - Golang MX This package provides types and helper functions to do some basic but useful things with mxGraph diagrams in XML, which is most fa

gomtch - find text even if it doesn't want to be found

gomtch - find text even if it doesn't want to be found Do your users have clever ways to hide some terms from you? Sometimes it is hard to find forbid

Geziyor Geziyor is a blazing fast web crawling and web scraping framework. It can be used to crawl websites and extract structured data from them. Gez 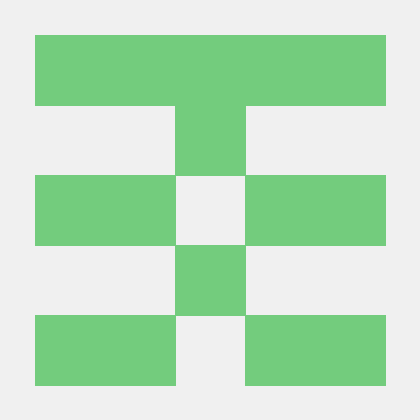 :zap: Transfer files over wifi from your computer to your mobile device by scanning a QR code without leaving the terminal.

$ qrcp Transfer files over Wi-Fi from your computer to a mobile device by scanning a QR code without leaving the terminal. You can support development

Frecuency of ASCII characters in Typescript and Javascript code

Tool to traverse Javascript and Typescript codebases counting the number of occurrences of each ASCII character. Usefull for optimizing tokenizers / lexers

Pryrite Pryrite is a command line tool that interactively runs executable blocks in a markdown file. One can think of pryrite as a console REPL/debugg

Faker is a Go library that generates fake data for you.

Faker is a Go library that generates fake data for you. Whether you need to bootstrap your database, create good-looking XML documents, fill-in your p