WebSockets have been on the rise for a long time, but there is no good command line client that allows to interface with websockets without having to deal with barebones interfaces. Claws aims to make testing websockets and interfacing with them easier and more pleasant.

You can grab the latest release binary from the releases page. Simply download it, extract it, and run it in a command line.

If you have Go set up, it is easy as running the following command and making sure that $GOPATH/bin (or $GOBIN) is in your PATH. Generally, this should be pretty stable, but keep in mind that it builds on master, so it may break at any point.

wsURL is an optional websocket URL to connect to once the UI has been initialised.

Once the UI has been initialised, you will be by default in "normal mode": green box with nothing in it. This means you are composing a message to send to the server through the websocket. By pressing Esc, followed by a letter, you can do a variety of actions explained in the following table.

Quitting is done by pressing Ctrl-C. In previous version, you could press Esc twice to exit, but we decided to remove that because some vim aficionados (myself included) may find themselves panickingly pressing esc and accidentally quitting Claws.

If you want to scroll through the logs, while in Esc mode press the arrow keys, PgUp/PgDown, Home/End. Keep in mind that pressing any of these will disable autoscroll, so new elements from the log won't be shown unless you scroll down.

When you're typing text into the field, you can browse through the history of previous text, even in previous sessions, in a bash-like fashion.

There are also more actions you can activate using ESC + key, that are generally not used on a day-to-day basis.

Claws stores its configuration file in ~/.config/claws.json. You are welcome to hack it and change values to how you see fit. Here's a list of the values: obvious settings are ignored.

Pipes are specified by the Pipe configuration variable. It defaults to null - to set it, create an array containing in the first place a command and then the arguments for it. This should be a command available in your $PATH or an absolute path.

For UNIX system, this means you can do logging effectively using tee. The most basic form of logging may look like this:

This will append to the given log files the received and sent messages. But it doesn't have to stop there! You can really create any script that may do any pre-processing you want to the messages you receive and those you send. If you intend to write a non-trivial script, here are things that might come useful to know:

The sky is the limit here, so you can really do anything you can think of. Here are some examples (feel free to add more with a PR!):

Claws is mostly feature-complete, though we have something that might interest you on our issue list. If, instead, you're interested in reporting a bug or asking for a new feature, you can create a new issue. There are no real contribution guidelines, but try to write some good Go code and use go fmt :).

Microsoft is not an open source company. I'm moving my repos slowly - if you can't find something, click the link below.

wsc A simplistic tool for sending and receiving websocket messages from a command line. Mainly useful to test websocket servers. Getting started: $ go

API that upgrades connection to use websocket. Contains server and client and testing how they communicate

WebSocket Chat App This is a simple chat app based on websockets. It allows user

BrisGolang is a Go implementation of the game of briscola using the WebSocket protocol for client/server communication.

BrisGolang BrisGolang is a Go implementation of the game of briscola using the WebSocket protocol for client/server communication. Usage You can play 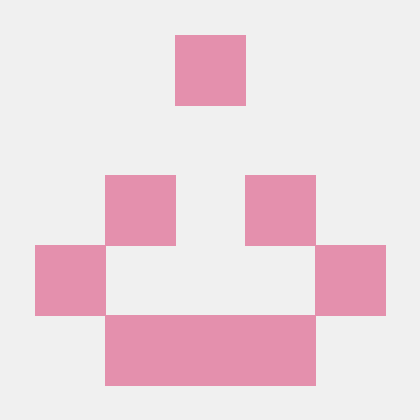 fairos-websocket-client FairOS websocket clients should be an extension on the FairOS OpenAPI specification, with introduction of events for seamless

A fast, well-tested and widely used WebSocket implementation for Go.

Turn any program that uses STDIN/STDOUT into a WebSocket server. Like inetd, but for WebSockets.

websocketd websocketd is a small command-line tool that will wrap an existing command-line interface program, and allow it to be accessed via a WebSoc

Chat bots (& more) for Zoom by figuring out their websocket protocol

zoomer - Bot library for Zoom meetings Good bot support is part of what makes Discord so nice to use. Unfortunately, the official Zoom API is basicall 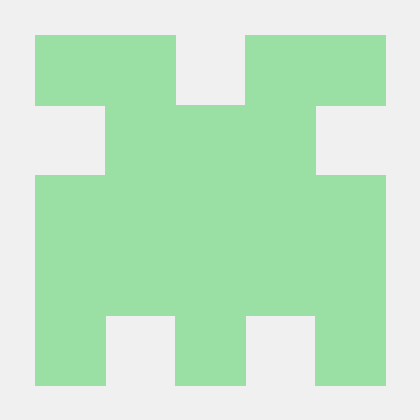 Simple example for using Turbos Streams in Go with the Gorilla WebSocket toolkit.

Go Example for TurboStreams over WebSockets Simple example for using Turbos Streams in Go with the Gorilla WebSocket toolkit.

A modern, fast and scalable websocket framework with elegant API written in Go

About neffos Neffos is a cross-platform real-time framework with expressive, elegant API written in Go. Neffos takes the pain out of development by ea

Terminal on browser via websocket

simpleChatInGo This is a simple chat that i made for fun asnd learn more about websocket deploy For deploy this you only need to run the command : $ d