An interpreted languages written in Go

This repository contains an interpreter for the "Monkey" programming language, as described in Write an Interpreter in Go.

The interpreter in this repository has been significantly extended from the starting point:

There are two ways to install monkey from source, depending upon the version of go you're using:

If you're using go before 1.11 then the following command should fetch/update monkey, and install it upon your system:

If you're using a more recent version of go (which is highly recommended), you need to clone to a directory which is not present upon your GOPATH:

Alternatively you could install a binary-release, from the release page.

If you're an emacs user might also wish to install the monkey.el file, which provides syntax highlighting for monkey-scripts.

To execute a monkey-script simply pass the name to the interpreter:

Scripts can be made executable by adding a suitable shebang line:

Execution then works as you would expect:

If no script-name is passed to the interpreter it will read from STDIN and execute that instead, allowing simple tests to be made.

NOTE: Example-programs can be found beneath examples/ which demonstrate these things, as well as parts of the standard-library.

Variables are defined using the let keyword, with each line ending with ;.

Variables may be integers, floats, strings, or arrays/hashes (which are discussed later).

Some variables are defined by default, for example:

Variables may be updated without the need for let, for example this works as you would expect:

If you're not running with pragma("strict"); you can also declare and use variables without the need for let, but that should be avoided as typos will cause much confusion!

monkey supports all the basic arithmetic operation of int and float types.

Here ** is used to raise the first number to the power of the second. When operating with integers the modulus operator is available too, via %.

An array is a list which organizes items by linear sequence. Arrays can hold multiple types.

Adding to an array is done via the push function:

You can iterate over the contents of an array like so:

With the definition we included that produces this output:

As a helper you may define an array of consecutive integers via the range operator (..):

A hash is a key/value container, but note that keys may only be of type boolean, int and string.

Updating a hash is done via the set function, but note that this returns an updated hash - rather than changing in-place:

You can iterate over the keys in a hash via the keys function, or delete keys via delete (again these functions returns an updated value rather than changing it in-place).

Hash functions are demonstrated in the examples/hash.mon sample.

The core primitives are:

The following functions are also part of our standard library, but are implemented in 100% pure monkey:

In addition to the core built-in functions we also have a minimal-standard library. The library includes some string/file primitives, a regular-expression matcher, and some maths-helpers.

You can see the implementation of the go-based standard-library beneath evaluator/stdlib*, and several of these functions are documented in the various examples/.

If you wish to make changes to the monkey-based standard-library you'll need to rebuild static.go after editing stdlib.mon. To do this use the implant tool.

If you don't already have implant installed fetch it like so:

Now regenerate the embedded version of the standard-library and rebuild the binary to make your changes:

monkey uses fn to define a function which will be assigned to a variable for naming/invocation purposes:

It is also possible to define a function without the use of let, via the function keyword. This was added to make the language feel more natural to C-developers:

You may specify a default value for arguments which are not provided, for example:

This will output what you expect:

monkey supports the use of ternary expressions, which work as you would expect with a C-background:

Note that in the interests of clarity nested ternary-expressions are illegal!

Monkey supports the switch and case expressions, as the following example demonstrates:

In addition to iterating over items with the for statement, as shown above, it is also possible to iterate over various items via the foreach statement.

For example to iterate over an array:

Here you see that we've iterated over the items of the array, we can also see their offsets like so:

The same style of iteration works for Arrays, Hashes, and the characters which make up a string. You can see examples of this support in examples/iteration.mon.

When iterating over hashes you can receive either the keys, or the keys and value at each step in the iteration, otherwise you receive the value and an optional index.

The ++ and -- modifiers are permitted for integer-variables, for example the following works as you would expect showing the numbers from 0 to 5:

Another feature borrowed from C allows variables to be updated in-place via the operators +=, -=, *=, & /=.

Using += our previous example could be rewritten as:

The update-operators work with integers and doubles by default, when it comes to strings the only operator supported is +=, allowing for a string-append:

As with many scripting languages commands may be executed via the backtick operator (```).

The output will be a hash with two keys stdout and stderr. NULL is returned if the execution fails. This can be seen in examples/exec.mon.

The match function allows matching a string against a regular-expression.

If a match fails NULL will be returned, otherwise a hash containing any capture groups in the match.

This is demonstrated in the examples/regexp.mon example.

You can also perform matching (complete with captures), with a literal regular expression object:

Once you have a file-object you can invoke methods upon it:

These are demonstrated in the following examples:

By default three filehandles will be made available, as constants:

The primitive stat will return a hash of details about the given file, or directory entry.

You can change the permissions of a file via the chmod function, but note that the second argument is an octal string:

To remove a file, use unlink:

And finally to make a directory:

Similarly each of them implement a type() function which returns the type involved:

Seeing methods available works as you would expect:

The string object has the most methods at the time of writing, but no doubt things will change over time.

The object-methods mentioned above are implemented in Go, however it is also possible to define such methods in 100% monkey!

Note that the function has access to the object it was invoked upon via the implicit self name. Invocation would look as you expect:

You can see data/stdlib.mon implements some primitives in this fashion, for example the functional-programming methods array.map, array.filter, string.toupper, etc, etc.

gpython is a python interpreter written in go "batteries not included"

gpython gpython is a part re-implementation / part port of the Python 3.4 interpreter to the Go language, "batteries not included". It includes: runti

PHP Parser written in Go This project uses goyacc and ragel tools to create PHP parser. It parses source code into AST. It can be used to write static

Show Languages In Code. A fast and lightweight CLI to generate stats on the languages inside your project

slic Show Languages In Code. Usage Run it with an -h flag to list all commands. -d flag can be used to specify the directory of search -i flag can be

The Golem Programming Language Golem is a general purpose, interpreted scripting language, that brings together ideas from many other languages, inclu

Dabulang (ダブ言語) Dabulang is an interpreted object-oriented programming language aimed towards game development. The language's standard library has a

Sand is the next, versatile, high-level compiled or interpreted language that's easy to learn and performant to run.

Gago | Programming Language Built in Go if you are looking for the docs, go here Gago is a interpreted programming language. It is fully written in Go

slang ??‍?? goal was to learn how a interpreter works, in other works who does these programing languages i use on daily basis works behind the seen h

go-i18n go-i18n is a Go package and a command that helps you translate Go programs into multiple languages. Supports pluralized strings for all 200+ l 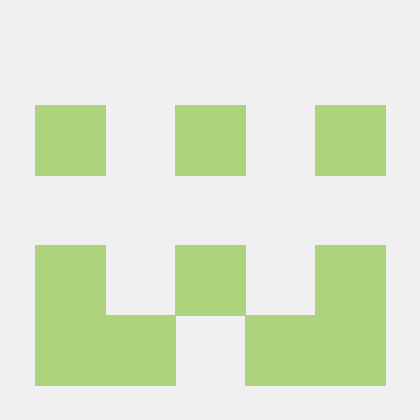 Tool that can parse Go files into an abstract syntax tree and translate it to several programming languages.

GoDMT GoDMT, the one and only Go Data Model Translator. The goal of this project is to provide a tool that can parse Go files that include var, const,

Lightweight static analysis for many languages. Find bug variants with patterns that look like source code.

graphql-parser-bench Parsing a schema or document can be a critical part of the application, especially if you have to care about latency. This is the

Detect languages from regions for golang

go-regionlang - Detect languages from regions / countries go get github.com/modernice/go-regionlang Use Case Sometimes you need to find the appropriat