A Word Of Warning

I'm in the process of partly rewriting govcr to offer better support for cassette mutations. This is necessary because when I first designed govcr, I wanted cassettes to be immutable as much as golang can achieve this. Since then, I have received requests to permit cassette mutations at recording time.

The next release of govcr will bring breaking changes for those who are using govcr v4 or older. In exchange for the inconvenience, it will bring new features and a refreshed code base for future enhancements.

If you're happy with govcr as it is, use a dependency manager to lock the version of govcr you wish to use!

End Of: A Word Of Warning

This project was inspired by php-vcr which is a PHP port of VCR for ruby.

This project is an adaptation for Google's Go / Golang programming language.

For all available releases, please check the releases tab on github.

You can pick a specific major release for compatibility. For example, to use a v4.x release, use this command:

And your source code would use this import:

VCR: Video Cassette Recorder. In this context, a VCR refers to the overall engine and data that this project provides. A VCR is both an HTTP recorder and player. When you use a VCR, HTTP requests are replayed from previous recordings (tracks saved in cassette files on the filesystem). When no previous recording exists for the request, it is performed live on the HTTP server the request is intended to, after what it is saved to a track on the cassette.

cassette: a sequential collection of tracks. This is in effect a JSON file saved under directory ./govcr-fixtures (default). The cassette is given a name when creating the VCR which becomes the filename (with an extension of .cassette).

Long Play cassette: a cassette compressed in gzip format. Such cassettes have a name that ends with '.gz'.

tracks: a record of an HTTP request. It contains the request data, the response data, if available, or the error that occurred.

PCB: Printed Circuit Board. This is an analogy that refers to the ability to supply customisations to some aspects of the behaviour of the VCR (for instance, disable recordings or ignore certain HTTP headers in the request when looking for a previously recorded track).

govcr is a wrapper around the Go http.Client which offers the ability to replay pre-recorded HTTP requests ('tracks') instead of live HTTP calls.

govcr can replay both successful and failed HTTP transactions.

The code documentation can be found on godoc.

When using govcr's http.Client, the request is matched against the tracks on the 'cassette':

When multiple matching tracks exist for the same request on the cassette (this can be crafted manually inside the cassette or can be simulated when using RequestFilters), the tracks will be replayed in the same order as they were recorded. See the tests for an example (TestPlaybackOrder).

When the last request matching track has been replayed, govcr cycles back to the first track again and so on.

Cassette recordings are saved under ./govcr-fixtures (by default) as *.cassette files in JSON format.

You can enable Long Play mode that will compress the cassette content. This is enabled by using the cassette name suffix .gz. The compression used is standard gzip.

It should be noted that the cassette name will be of the form 'MyCassette.gz" in your code but it will appear as "MyCassette.cassette.gz" on the file system. You can use gzip to compress and de-compress cassettes at will. See TestLongPlay() in govcr_test.go for an example usage. After running this test, notice the presence of the file govcr-fixtures/TestLongPlay.cassette.gz. You can view its contents in various ways such as with the gzcat command.

This structure contains parameters for configuring your govcr recorder.

In this configuration, govcr will still playback from cassette when a previously recorded track (HTTP interaction) exists or execute the request live if not. But in the latter case, it won't record a new track as per default behaviour.

This simply redirects all govcr logging to the OS's standard Null device (e.g. nul on Windows, or /dev/null on UN*X, etc).

As RemoveTLS is enabled, govcr will not record the TLS data from the HTTP response on the cassette track.

In some scenarios, it may not possible to match tracks the way they were recorded.

For instance, the request contains a timestamp or a dynamically changing identifier, etc.

In other situations, the response needs a transformation to be receivable.

Building on from the above example, the response may need to provide the same identifier that the request sent.

Filters help you deal with this kind of practical aspects of dynamic exchanges.

Refer to examples/example6.go for advanced examples.

RequestFilters receives the request Header / Body to allow their transformation. Both the live request and the recorded request on track are filtered in order to influence their comparison (e.g. remove an HTTP header to ignore it completely when matching).

Transformations are not persisted and only for the purpose of influencing comparison.

Runtime transforming of the response before sending it back to the client.

When no special HTTP Transport is required by your http.Client, you can use VCR with the default transport:

If the cassette exists and a track matches the request, it will be played back without any real HTTP call to the live server.

Otherwise, a real live HTTP call will be made and recorded in a new track added to the cassette.

To experiment with this example, run it at least twice: the first time (when the cassette does not exist), it will make a live call. Subsequent executions will use the track on cassette to retrieve the recorded response instead of making a live call.

Sometimes, your application will create its own http.Client wrapper or will initialise the http.Client's Transport (for instance when using https).

In such cases, you can pass the http.Client object of your application to VCR.

VCR will wrap your http.Client with its own which you can inject back into your application.

Please refer to the source file in the examples directory.

This example is identical to Example 2 but with a POST request rather than a GET.

Example 4 - Custom VCR with a RequestFilters

This example shows how to handle situations where a header in the request needs to be ignored (or the track would not match and hence would not be replayed).

For this example, logging is switched on. This is achieved with Logging: true in VCRConfig when calling NewVCR.

Remove the RequestFilters from the VCRConfig and re-run the example. Check the stats: notice how the tracks no longer replay.

This example shows how to handle situations where a transaction Id in the header needs to be present in the response. This could be as part of a contract validation between server and client.

Note: This is useful when some of the data in the request Header / Body needs to be transformed before it can be evaluated for comparison for playback.

Refer to examples/example6.go for advanced examples.

All examples are in the examples directory.

To access the stats, call vcr.Stats() where vcr is the VCR instance obtained from NewVCR(...).

Please refer to the examples directory for examples of code and uses.

Observe the output of the examples between the 1st run and the 2nd run of each example.

The first time they run, they perform a live HTTP call (Executing request to live server).

However, on second execution (and sub-sequent executions as long as the cassette is not deleted) govcr retrieves the previously recorded request and plays it back without live HTTP call (Found a matching track). You can disconnect from the internet and still playback HTTP requests endlessly!

First execution - notice the stats show that a track was recorded (from a live HTTP call).

Second execution - no track is recorded (no live HTTP call) but 1 track is loaded and played back.

Some properties / objects in http.Response are defined as interface{}. This can cause json.Unmarshall to fail (example: when the original type was big.Int with a big interger indeed - json.Unmarshal attempts to convert to float64 and fails).

Currently, this is dealt with by converting the output of the JSON produced by json.Marshal (big.Int is changed to a string).

Repeat HTTP headers may not be properly handled. A long standing TODO in the code exists but so far no one has complained :-)

Since errors is an interface, when it is unmarshalled into JSON, the Go type of the error is lost.

To circumvent this, govcr serialises the object type (ErrType) and the error message (ErrMsg) in the track record.

Objects cannot be created by name at runtime in Go. Rather than re-create the original error object, govcr creates a standard error object with an error string made of both the ErrType and ErrMsg.

In practice, the implications for you depend on how much you care about the error type. If all you need to know is that an error occurred, you won't mind this limitation.

Mitigation: Support for common errors (network down) has been implemented. Support for more error types can be implemented, if there is appetite for it.

You are welcome to submit a PR to contribute.

Sql driver mock for Golang sqlmock is a mock library implementing sql/driver. Which has one and only purpose - to simulate any sql driver behavior in

CLI tool to mock TCP connections. You can use it with Detox, Cypress or any other framework to automatically mock your backend or database. 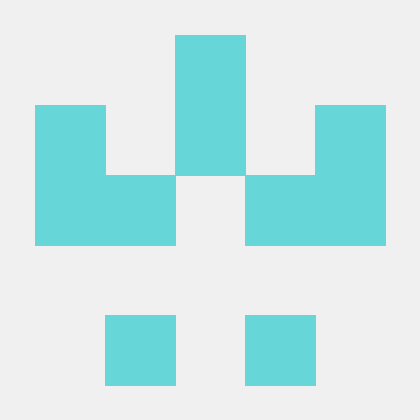 A Go implementation of Servirtium, a library that helps test interactions with APIs.

Servirtium is a server that serves as a man-in-the-middle: it processes incoming requests, forwards them to a destination API and writes the response into a Markdown file with a special format that is common across all of the implementations of the library.

A mock of Go's net package for unit/integration testing

netmock: Simulate Go network connections netmock is a Go package for simulating net connections, including delays and disconnects. This is work in pro

stripe-mock stripe-mock is a mock HTTP server that responds like the real Stripe API. It can be used instead of Stripe's test mode to make test suites 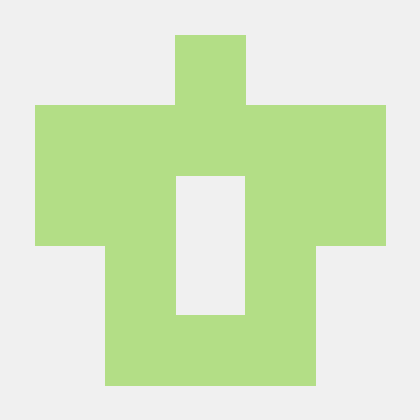 mock ?? mock is a simple, cross-platform, cli app to simulate HTTP-based APIs. About mock Mock allows you to spin up a local http server based of a .m 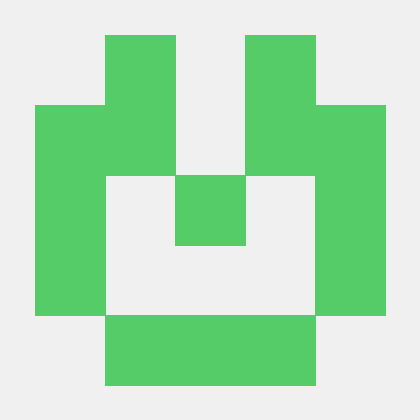 A yaml data-driven testing format together with golang testing library

GoMock Server A simple mock server configurable via JSON, built using GoLang. How To A file name endpoint.json must be placed in the context root, wit