When you need to run many commandline programs that depend on each other in complex ways, SciPipe helps by making the process of running these programs flexible, robust and reproducible. SciPipe also lets you restart an interrupted run without over-writing already produced output and produces an audit report of what was run, among many other things.

SciPipe is built on the proven principles of Flow-Based Programming (FBP) to achieve maximum flexibility, productivity and agility when designing workflows. Compared to plain dataflow, FBP provides the benefits that processes are fully self-contained, so that a library of re-usable components can be created, and plugged into new workflows ad-hoc.

Similar to other FBP systems, SciPipe workflows can be likened to a network of assembly lines in a factory, where items (files) are flowing through a network of conveyor belts, stopping at different independently running stations (processes) for processing, as depicted in the picture above.

SciPipe was initially created for problems in bioinformatics and cheminformatics, but works equally well for any problem involving pipelines of commandline applications.

Project status: SciPipe pretty stable now, and only very minor API changes might still occur. We have successfully used SciPipe in a handful of both real and experimental projects, and it has had occasional use outside the research group as well.

Let's look at an example workflow to get a feel for what writing workflows in SciPipe looks like:

Let's put the code in a file named hello_world.go and run it:

Now, let's check the output of the final resulting file:

Now we can rejoice that it contains the text "Hello World", exactly as a proper Hello World example should :)

Now, these were a little long and cumbersome filenames, weren't they? SciPipe gives you very good control over how to name your files, if you don't want to rely on the automatic file naming. For example, we could set the first filename to a static one, and then use the first name as a basis for the file name for the second process, like so:

Now, if we run this, the file names get a little cleaner:

Finally, we could have a look at one of those audit file created:

Each such audit-file contains a hierarchic JSON-representation of the full workflow path that was executed in order to produce this file. On the first level is the command that directly produced the corresponding file, and then, indexed by their filenames, under "Upstream", there is a similar chunk describing how all of its input files were generated. This process will be repeated in a recursive way for large workflows, so that, for each file generated by the workflow, there is always a full, hierarchic, history of all the commands run - with their associated metadata - to produce that file.

You can find many more examples in the examples folder in the GitHub repo.

For more information about how to write workflows using SciPipe, and much more, see SciPipe website (scipipe.org)!

If you use SciPipe in academic or scholarly work, please cite the following paper as source:

Find below a few tools that are more or less similar to SciPipe that are worth worth checking out before deciding on what tool fits you best (in approximate order of similarity to SciPipe):

A flow-based scientific workflow library and general pattern in Go

Waiton - Commandline for executing command and waiting on output

An alternative syntax to generate YAML (or JSON) from commandline

A commandline tool to resolve URI Templates expressions as specified in RFC 6570.

URI Are you tired to build, concat, replace URL(s) (via shell scripts sed/awk/tr) from your awesome commandline pipeline? Well! here is the missing pi

Teardown API for Commandline Based Applications

tigrfont is a commandline tool for creating bitmap font sheets for TIGR from TTF or BDF font files.

A simple golang marshaller from commandline to a struct 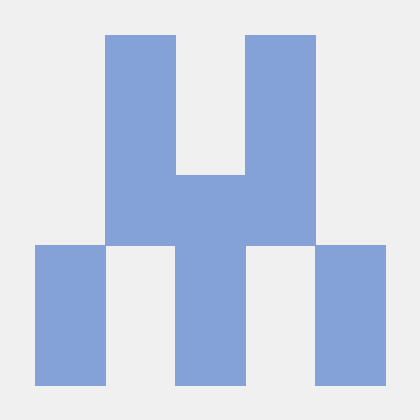 GodSpeed is a robust and intuitive manager for reverse shells.

GodSpeed is a robust and intuitive manager for reverse shells. It supports tab-completion, verbose listing of connected hosts and easy interaction with selected shells by passing their corresponding ID.

elasticsearch-pipeline-tester A simple CLI tool to use the _simulate API of elasticsearch to quickly test pipelines usage: pipelinetester [<flags>] <p

A CLI tool implemented by Golang to manage `CloudComb` resource

CloudComb CLI tool: comb Get Started comb is a CLI tool for manage resources in CloudComb base on cloudcomb-go-sdk. Support Mac, Linux and Windows. We

Introduction restic is a backup program that is fast, efficient and secure. It supports the three major operating systems (Linux, macOS, Windows) and