Ruby -> Go at the snap of your fingers

Thanos aims to be a source-source compiler from Ruby to human-readable Go. It's still a few stones short of universe-altering power. Run thanos help for a list of commands.

Primitive Ruby objects, despite their duck-typed squishiness, have typed translation targets in Go that are hopefully easy to guess. Other constructs might have less predictable behavior.

Classes are translated to a struct. When class method and variable support is added, this will probably be a set of two structs. Some specific class features:

Constants are translated to const declarations where the type allows, and package level var declarations for any other type. Constants declared inside another constant (class or module) have a Go name in the form (ModuleName)*(ClassName)?ConstantName.

Block arguments to the collections methods implemented thus far are unfolded into for ... range loops in the target, with an additional slice or map declaration where appropriate.

For user-defined methods that take a block, a function type will be generated based on the inferred types of the arguments and return values of blocks passed in method calls. That type will be used in creating the signature for the function or method in Go. Block arguments will be translated to func literals conforming to this type signature.

Regular expression literals are translated to *regexp.Regexp values. If there is no interpolation in the regex,it is created with a top-level variable declaration using regexp.MustCompile; otherwise it is created in the local scope. In either case it is assigned to a local variable named pattX, where X is len(patt idents added to local scope) + 1.

A compatibility layer for MatchData instances is provided in the stdlib package, since some of that functionality is not directly analogous to convenience functions provided by Go's regexp package.

The =~ operator returns a boolean rather than an integer-or-nil since it is translated directly to regexp.MatchString. regexp.MatchString is also used when a Ruby regex literal is provide as the argument to when in a case expression.

Adding a method to a built-in type

Let's imagine that Ruby has a method Array#snap that eliminates every other element from its receiver. We can imagine implementing this in Ruby with something like each_with_index.select{|elem, i| i % 2 == 0 }.map(&:first), but in MRI, it's probably implemented in C. In Go, we probably wouldn't have this method at all, but instead would just range over the array like so:

Like most methods on Array, Array#snap returns the resulting array, allowing chaining. So while in Ruby we have a single expression, in Go we have a statement initializing a variable and a for...range statement. However, when implementing this method in thanos, that's not enough. We also must somehow return the result of the method call as an expression in case we are compiling an expression like heroes.snap.first, or if heroes.snap is the last expression in a method and needs to be returned. In this case that expression is unsnapped.

We start by opening up types/array.go and looking at the massive init() function at the bottom of the file. We'll add our snap implemention to the other methods already there.

And with this step, we've satisfied the thanos type inference engine, so parsing Array#snap will now work -- the ReturnType field of a types.MethodSpec will be called with the type (a types.Type value) for the receiver, the return type of a block, if the method takes one, and the types of any arguments given. In this case, we expect the return type to be exactly the type of the receiver, so we just return the first argument without an error.

Now it's time to figure out how to compile our snap call into a for-loop, which is what goes in the body of the anonymous function given as the TransformAST field. We start by declaring and initializing our unsnapped variable:

Next, we add our loop. This is where things get a little dirty:

The first line gives us locals for the identifiers in our loop. it.Get, unlike it.New, will recycle existing identifiers and assume there are no collisions.

Then we get to the definition of the loop itself. The bst package provides some utilities for AST generation (naming is hard). As you can see, it is far from complete, and we have to specify several levels of the AST by hand. The behavior of the functions used here from bst are hopefully self-evident:

We now have everything we need to transform an Array#snap call into a simple loop in Go. All that's left to do is to send that info back to the compiler.

The four code snippets above are enough for thanos. It will happily compile these method calls now.

Thanos strives to generate Go code with few dependencies on itself. However, purity of principles must not stand in the way of the mission, and sacrifices will have to be made. The stdlib provides a place to house such dependencies. In the case of Array#snap, we could implement a method in stdlib/snap.go using Go's new generics:

I would say this is use case is overkill, and the handrolled AST is the right approach -- especially since this function probably has little to no reuse. Nonetheless, we could now simplify our TransformAST function body to the following, specifying the required dependency:

While most of the thanos test suite is rather conventional, the compiler package works a bit differently. There are two separate sets of tests:

Given the project's focus on producing human-readable output, it is important to validate that the Go resulting from the compilation step looks like something that would at minimum be a reasonable departure point for a refactor. The compiler package thus operates on parallel Ruby input and expected Go output files in the compiler/testdata directory. go test ./compiler -filename <name of test file without extension> can be used to run the test for a single file, or just go test ./compiler to run them them all.

It is important to note that these tests do not compile the Go output. There are two reasons for this:

Gauntlet tests are end-to-end verifications that the stdout from given Ruby matches the stdout from the Go program thanos produces when compiling that Ruby. You run them with the thanos test command -- run thanos test --help to see options. You write them using the gauntlet pseudo-method, which is implemented using some rather nasty hackery housed primarily in the thanos lexer. They look like this:

When run, this will execute the body of the block argument using whatever version of ruby corresponds to the ruby on your path, run that same code through thanos, and feed the output to go run. Because the gauntlet method isn't real Ruby, it's okay for the block to contain Ruby that wouldn't normally be valid, like declaring constants.

Easily run your Compose application to the cloud with compose-cli Open URL in your local web browser from the SSH-connected remote environment.

opener Open URL in your local web browser from the SSH-connected remote environment. How does opener work? opener is a daemon process that runs locall

Validation of best practices in your Kubernetes clusters

Stash Stash by AppsCode is a cloud-native data backup and recovery solution for Kubernetes workloads. If you are running production workloads in Kuber

A cli that exposes your local resources to kubernetes

Bubbly is an open-source platform that gives you confidence in your continuous release process. Putting serverless on your server

Matterless: putting serverless on your server Serverless computing enables you to build applications that automatically scale with demand, and your wa

Monitor your Website and APIs from your Computer. Get Notified through Slack, E-mail when your server is down or response time is more than expected.

StatusOK Monitor your Website and APIs from your computer.Get notified through Slack or E-mail when your server is down or response time is more than

abbreviate Shorten your strings using common abbreviations. Supported by Tidelift Motivation This tool comes out of a frustration of the name of resou 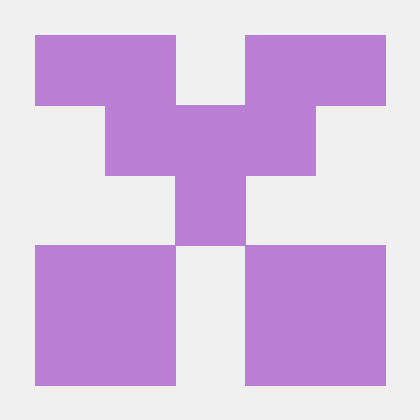 💓 小米手环实时心率数据采集 - Your Soul, Your Beats!

?? mebeats 小米手环实时心率数据采集 - Your Soul, Your Beats! cmd/mebeats-client: the mebeats client. It collects the heart rate data from Mi Band and reports to s

Kusk - use OpenAPI to configure Kubernetes What is Kusk? Developers deploying their REST APIs in Kubernetes shouldn't have to worry about managing res

A shields.io API for your youtube channel to protect your api key

Youtube-Channel-Badge A shields.io API for your youtube channel to protect your

A simple download file manager that sorts your files into your desired folders, This was meant to be a small project and nothing big.

GoDFM Simply go to the tags and download the .exe file (or compile it yourself by running go build). Add it to your environment paths by going to sett

Enable your Go applications to self update

go-selfupdate Enable your Golang applications to self update. Inspired by Chrome based on Heroku's hk. Features Tested on Mac, Linux, Arm, and Windows

Jenkins CLI allows you manage your Jenkins as an easy way

Quick start 简体中文 Jenkins CLI Jenkins CLI allows you manage your Jenkins in an easy way. No matter if you're a plugin developer, administrator or just

manssh manssh is a command line tool for managing your ssh alias config easily, inspired by storm project, powered by Go. Note: This project is actual