In ur kubernetes, buildin ur imagez

STATUS: EXPERIMENT - Let us know what you think

This project is a continuation of the experiment started with k3c, however, unlike the original aim/design for k3c, it IS NOT meant to be a replacement or re-build of the containerd/CRI.

kim is a Kubernetes-aware CLI that will install a small builder backend consisting of a BuildKit daemon bound to the Kubelet's underlying containerd socket (for building images) along with a small server-side agent that the CLI leverages for image management (think push, pull, etc) rather than talking to the backing containerd/CRI directly. kim enables building images locally, natively on your k3s cluster.

There really is nothing better than the classic Docker UX of build/push/pull/tag. This tool copies the same UX as classic Docker (think Docker v1.12). The intention is to follow the same style but not be a 100% drop in replacement. Behaviour and arguments have been changed to better match the behavior of the Kubernetes ecosystem.

kim, similar to k3s and old school docker, is packaged as a single binary, because nothing is easier for distribution than a static binary.

Built on Kubernetes Tech (and others)

Fundamentally kim is a built on the Container Runtime Interface (CRI), containerd, and buildkit.

kim enables building k3s-local images by installing a DaemonSet Pod that runs both buildkitd and kim agent and exposing the gRPC endpoints for these active agents in your cluster via a Service. Once installed, the kim CLI can inspect your installation and communicate with the backend daemons for image building and manipulation with merely the KUBECONFIG that was available when invoking kim install. When building kim will talk directly to the buildkit service but all other interactions with the underlying containerd/CRI are mediated by the kim agent (primarily because the containerd "smart client" code assumes a certain level of co-locality with the containerd installation).

Have a working k3s installation with a working $HOME/.kube/config or $KUBECONFIG, then:

kim currently works against a single builder Node so you must specify a narrow selector when installing on multi-node clusters. Upon successful installation this node will acquire the "builder" role.

Build images like you would with the Docker CLI:

Litmus Cloud-Native Chaos Engineering Read this in other languages. ???? ???? ???? ???? Overview Litmus is a toolset to do cloud-native chaos engineer

k8devel An Easy to use Go framework for Kubernetes based on kubernetes/client-go, see examples dir for a quick start. How to test it ? Download the mo 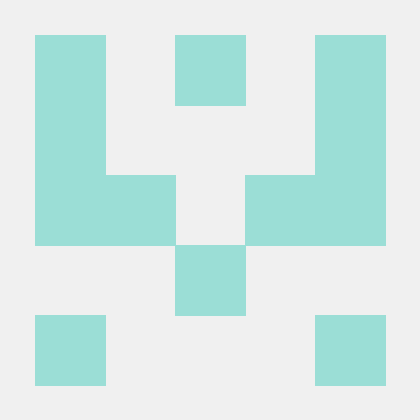