This starter kit is designed to get you up and running with a project structure optimized for developing RESTful API services in Go. It promotes the best practices that follow the SOLID principles and clean architecture. It encourages writing clean and idiomatic Go code.

The kit provides the following features right out of the box:

The kit uses the following Go packages which can be easily replaced with your own favorite ones since their usages are mostly localized and abstracted.

If this is your first time encountering Go, please follow the instructions to install Go on your computer. The kit requires Go 1.13 or above.

Docker is also needed if you want to try the kit without setting up your own database server. The kit requires Docker 17.05 or higher for the multi-stage build support.

After installing Go and Docker, run the following commands to start experiencing this starter kit:

Try the URL http://localhost:8080/healthcheck in a browser, and you should see something like "OK v1.0.0" displayed.

If you have cURL or some API client tools (e.g. Postman), you may try the following more complex scenarios:

Within internal and pkg, packages are structured by features in order to achieve the so-called screaming architecture. For example, the album directory contains the application logic related with the album feature.

Within each feature package, code are organized in layers (API, service, repository), following the dependency guidelines as described in the clean architecture.

You can use dbcontext.DB.Transactional() in a service method to enclose multiple repository method calls in a transaction. For example,

If needed, you can also enclose method calls of different repositories in a single transaction. The return value of the function in transactional above determines if the transaction should be committed or rolled back.

The starter kit uses database migration to manage the changes of the database schema over the whole project development phase. The following commands are commonly used with regard to database schema changes:

The config directory contains the configuration files named after different environments. For example, config/local.yml corresponds to the local development environment and is used when running the application via make run.

You can also run make build to build an executable binary named server. Then start the API server using the following command,

go-employee Clean architecture in Go. Based on the learnings from the book Get Your Hands Dirty on Clean Architecture by Tom Hombergs testing requires

Negroni Notice: This is the library formerly known as github.com/codegangsta/negroni -- Github will automatically redirect requests to this repository

A small and evil REST framework for Go 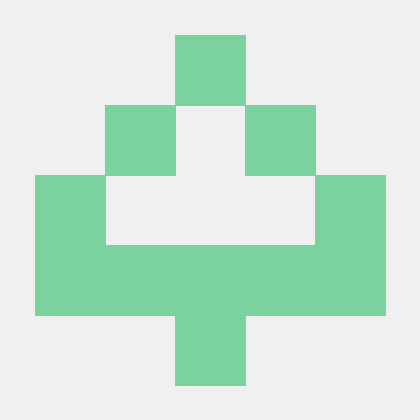 Gin Web Framework Gin is a web framework written in Go (Golang). It features a martini-like API with performance that is up to 40 times faster thanks

A lightweight and fast http router from outer space

Alien Alien is a lightweight http router( multiplexer) for Go( Golang ), made for humans who don't like magic. Documentation docs Features fast ( see

:link: Generate HTML and CSS together, on the fly

Mango is a modular web-application framework for Go, inspired by Rack, and PEP333.

Mango Mango is a modular web-application framework for Go, inspired by Rack and PEP333. Note: Not actively maintained. Overview Mango is most of all a

This is only a mirror and Moved to https://gitea.com/lunny/tango

A Go rest API project that is following solid and common principles and is connected to local MySQL database.

This is an intermediate-level go project that running with a project structure optimized RESTful API service in Go. API's of that project is designed based on solid and common principles and connected to the local MySQL database.

clean-architecture-api Description This is an example of implemention of Clean Architecture in Golang projects. This project has 4 layer : Infrastruct

go-clean-arch Changelog v1: checkout to the v1 branch Proposed on 2017, archived to v1 branch on 2018 Desc: Initial proposal by me. The story can be r

A software architecture style example for APIs that utilizes the features of SOLID-Principle.

Engelbyte's Waterbyte Clean Architecture A software architecture style example for APIs that utilizes the features of SOLID-Principle. The example sho