Alertmanager >=0.19.0 is required as older versions might not show all receivers in karma, see issue #812 for details.

Alertmanager UI is useful for browsing alerts and managing silences, but it's lacking as a dashboard tool - karma aims to fill this gap. Alerts are displayed grouped preserving group_by configuration option in Alertmanager. Note that a unique alert group will be created for each receiver it uses in alertmanager as they can have different group_by settings. If a group contains multiple alerts only the first few alerts will be presented. Alerts are expanded or hidden using - / + buttons. The default number of alerts can be configured in the UI settings module. Each group can be collapsed to only show the title bar using top right toggle icon. Each individual alert will show unique labels and annotations. Labels and annotations that are shared between all alerts are moved to the footer. Alertmanager doesn't currently provide any long term storage of alert events or a way to query for historical alerts, but each Prometheus server sending alerts stores metrics related to triggered alerts. When history:enabled is true karma will use source fields from each alert to try querying alert related metrics on remote Prometheus servers. The result is the number of times given alert group triggered an alert per hour in the last 24h, displayed as 24 blocks. The darker the color the more alerts were triggered in that hour, as compared by all other hours. For this feature to work karma must be able to connect to all Prometheus servers sending alerts. Be sure to set --web.external-url Prometheus flag to a publicly reachable URL of each server.

Inhibited alerts (suppressed by other alerts, see Alertmanager docs) will have a "muted" button.

Clicking on that button will bring a modal with a list of inhibiting alerts.

If all alerts in a group were suppressed by the same silence then, to save screen space, the silence will also be moved to the footer. To help separate alerts from different environments or with different level of severity multi-grid mode can be enabled, which adds another layer of visually grouping alert groups. To enable this mode go to the configuration modal and select a label name, all alerts will be grouped by that label, each label value will have a dedicated grid, including an extra grid for alerts without that label present. Clicking on the alert counter in the top left corner will open the overview modal, which allows to quickly get an overview of the top label values for all current alerts.

Starting with v0.50 karma can create short lived silences to acknowledge alerts with a single button click. To create silences that will resolve itself only after all alerts are resolved you can use kthxbye. See configuration docs for details.

Starting with v0.78 karma can be configured to check for Dead Man’s Switch style alerts (alert that is always firing). If no alert is found in given alertmanager karma will show an error in the UI. See healthcheck:filters option on configuration docs for details. Online demo is running latest main branch or PR branch version. It might include features that are experimental and not yet ready to be included.

Release notes can be found on GitHub Release Page.

I created karma while working for Cloudflare, originally it was called unsee. This project is based on that code but the UI part was rewritten from scratch using React. New UI required changes to the backend so the API is also incompatible. Given that the React rewrite resulted in roughly 50% of new code and to avoid confusion for user I've decided to rename it to karma, especially that the original project wasn't being maintained anymore.

Alertmanager's API isn't stable yet and can change between releases, see VERSIONS in internal/mock/Makefile for list of all Alertmanager releases that are tested and supported by karma. Due to API differences between those releases some features will work differently or be missing, it's recommended to use the latest supported Alertmanager version.

If you wish to deploy karma as a read-only tool without giving users any ability to modify data in Alertmanager instance, then please ensure that:

To restrict some users from creating silences or enforce some matcher rules use silence ACL rules. This feature requires proxy to be enabled.

karma process metrics are accessible under /metrics path by default. If you set the --listen.prefix option a path relative to it will be used.

To clone git repo and build the binary yourself run:

There is a make target which will compile and run a demo karma docker image:

By default it will listen on port 8080 and will have mock alerts.

Official docker images are built and hosted on Github.

Images are built automatically for:

To start a release image run:

Latest release details can be found on GitHub.

Note that latest main branch might have bugs or breaking changes. Using release images is strongly recommended for any production use.

This will build a Docker image locally from sources.

/health endpoint can be used for health check probes, it always responds with 200 OK code and Pong response body.

Every 10 minutes, memory, cpu and storage usage is checked and if they over 80%, sending alert via email.

linux-alert Every 10 minutes, memory, cpu and storage usage is checked and if they over 80%, sending alert via email. Usage Create .env file from .env

#Pome Pome stands for Postgres Metrics. Pome is a PostgreSQL Metrics Dashboard to keep track of the health of your database. This project is at a very

Prometheus Visit prometheus.io for the full documentation, examples and guides. Prometheus, a Cloud Native Computing Foundation project, is a systems

Monitor your network and internet speed with Docker & Prometheus

Loki: like Prometheus, but for logs. Loki is a horizontally-scalable, highly-available, multi-tenant log aggregation system inspired by Prometheus. It

A golang implementation of endlessh exporting Prometheus metrics, visualized by a Grafana dashboard.

endlessh-go A golang implementation of endlessh exporting Prometheus metrics, visualized by a Grafana dashboard. Introduction Endlessh is a great idea 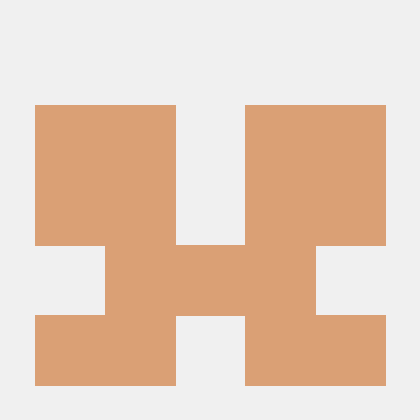 Squzy - is a high-performance open-source monitoring, incident and alert system written in Golang with Bazel and love.