👄 The most accurate natural language detection library in the Go ecosystem, suitable for long and short text alike

Its task is simple: It tells you which language some provided textual data is written in. This is very useful as a preprocessing step for linguistic data in natural language processing applications such as text classification and spell checking. Other use cases, for instance, might include routing e-mails to the right geographically located customer service department, based on the e-mails' languages.

2. Why does this library exist? Top ▲

Language detection is often done as part of large machine learning frameworks or natural language processing applications. In cases where you don't need the full-fledged functionality of those systems or don't want to learn the ropes of those, a small flexible library comes in handy.

So far, the only other comprehensive open source library in the Go ecosystem for this task is Whatlanggo. Unfortunately, it has two major drawbacks:

Lingua aims at eliminating these problems. It nearly does not need any configuration and yields pretty accurate results on both long and short text, even on single words and phrases. It draws on both rule-based and statistical methods but does not use any dictionaries of words. It does not need a connection to any external API or service either. Once the library has been downloaded, it can be used completely offline.

3. Which languages are supported? Top ▲

Compared to other language detection libraries, Lingua's focus is on quality over quantity, that is, getting detection right for a small set of languages first before adding new ones. Currently, the following 75 languages are supported:

Lingua is able to report accuracy statistics for some bundled test data available for each supported language. The test data for each language is split into three parts:

Both the language models and the test data have been created from separate documents of the Wortschatz corpora offered by Leipzig University, Germany. Data crawled from various news websites have been used for training, each corpus comprising one million sentences. For testing, corpora made of arbitrarily chosen websites have been used, each comprising ten thousand sentences. From each test corpus, a random unsorted subset of 1000 single words, 1000 word pairs and 1000 sentences has been extracted, respectively.

Given the generated test data, I have compared the detection results of Lingua and Whatlanggo running over the data of Lingua's supported 75 languages. Additionally, I have added Google's CLD3 to the comparison with the help of the gocld3 bindings. Languages that are not supported by CLD3 or Whatlanggo are simply ignored during the detection process.

The box plot below shows the distribution of the averaged accuracy values for all three performed tasks: Single word detection, word pair detection and sentence detection. Lingua clearly outperforms its contenders. Bar plots for each language and further box plots for the separate detection tasks can be found in the file ACCURACY_PLOTS.md. Detailed statistics including mean, median and standard deviation values for each language and classifier are available in the file ACCURACY_TABLE.md.

5. Why is it better than other libraries? Top ▲

Every language detector uses a probabilistic n-gram model trained on the character distribution in some training corpus. Most libraries only use n-grams of size 3 (trigrams) which is satisfactory for detecting the language of longer text fragments consisting of multiple sentences. For short phrases or single words, however, trigrams are not enough. The shorter the input text is, the less n-grams are available. The probabilities estimated from such few n-grams are not reliable. This is why Lingua makes use of n-grams of sizes 1 up to 5 which results in much more accurate prediction of the correct language.

A second important difference is that Lingua does not only use such a statistical model, but also a rule-based engine. This engine first determines the alphabet of the input text and searches for characters which are unique in one or more languages. If exactly one language can be reliably chosen this way, the statistical model is not necessary anymore. In any case, the rule-based engine filters out languages that do not satisfy the conditions of the input text. Only then, in a second step, the probabilistic n-gram model is taken into consideration. This makes sense because loading less language models means less memory consumption and better runtime performance.

In general, it is always a good idea to restrict the set of languages to be considered in the classification process using the respective api methods. If you know beforehand that certain languages are never to occur in an input text, do not let those take part in the classifcation process. The filtering mechanism of the rule-based engine is quite good, however, filtering based on your own knowledge of the input text is always preferable.

If you want to reproduce the accuracy results above, you can generate the test reports yourself for both classifiers and all languages by doing:

For each detector and language, a test report file is then written into /accuracy-reports. As an example, here is the current output of the Lingua German report:

The source code is accompanied by an extensive unit test suite. To run them, simply say:

By default, Lingua returns the most likely language for a given input text. However, there are certain words that are spelled the same in more than one language. The word prologue, for instance, is both a valid English and French word. Lingua would output either English or French which might be wrong in the given context. For cases like that, it is possible to specify a minimum relative distance that the logarithmized and summed up probabilities for each possible language have to satisfy. It can be stated in the following way:

Be aware that the distance between the language probabilities is dependent on the length of the input text. The longer the input text, the larger the distance between the languages. So if you want to classify very short text phrases, do not set the minimum relative distance too high. Otherwise Unknown will be returned most of the time as in the example above. This is the return value for cases where language detection is not reliably possible.

Knowing about the most likely language is nice but how reliable is the computed likelihood? And how less likely are the other examined languages in comparison to the most likely one? These questions can be answered as well:

In the example above, a slice of ConfidenceValue is returned containing all possible languages sorted by their confidence value in descending order. The values that this method computes are part of a relative confidence metric, not of an absolute one. Each value is a number between 0.0 and 1.0. The most likely language is always returned with value 1.0. All other languages get values assigned which are lower than 1.0, denoting how less likely those languages are in comparison to the most likely language.

By default, Lingua uses lazy-loading to load only those language models on demand which are considered relevant by the rule-based filter engine. For web services, for instance, it is rather beneficial to preload all language models into memory to avoid unexpected latency while waiting for the service response. If you want to enable the eager-loading mode, you can do it like this:

Multiple instances of LanguageDetector share the same language models in memory which are accessed asynchronously by the instances.

9.5 Methods to build the LanguageDetector

There might be classification tasks where you know beforehand that your language data is definitely not written in Latin, for instance (what a surprise :-). The detection accuracy can become better in such cases if you exclude certain languages from the decision process or just explicitly include relevant languages:

Take a look at the planned issues.

In case you want to contribute something to Lingua, please take a look at the file CONTRIBUTING.md.

ByNom is a Go package for parsing byte sequences. Its goal is to provide tools to build safe byte parsers without compromising the speed or memo

This package provides Go (golang) types and helper functions to do some basic but useful things with mxGraph diagrams in XML, which is most famously used by app.diagrams.net, the new name of draw.io.

Go Draw - Golang MX This package provides types and helper functions to do some basic but useful things with mxGraph diagrams in XML, which is most fa

A general purpose application and library for aligning text.

align A general purpose application that aligns text The focus of this application is to provide a fast, efficient, and useful tool for aligning text. 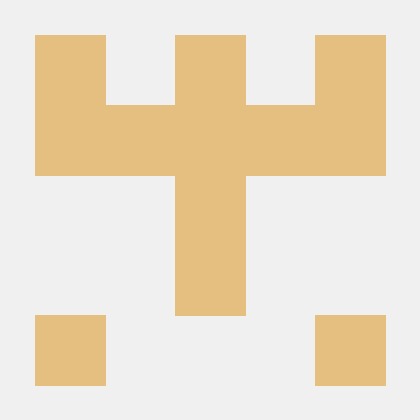 prose prose is a natural language processing library (English only, at the moment) in pure Go. It supports tokenization, segmentation, part-of-speech

Fonetic is a library to assess pronounceablility of a given text

Templating system for HTML and other text documents - go implementation

FAQ What is Kasia.go? Kasia.go is a Go implementation of the Kasia templating system. Kasia is primarily designed for HTML, but you can use it for any

Microfts A small full text indexing and search tool focusing on speed and space. Initial tests seem to indicate that the database takes about twice as

PipeIt is a text transformation, conversion, cleansing and extraction tool.

Fast and secure steganography CLI for hiding text/files in images.

indie CLI This complete README is hidden in the target.png file below without the original readme.png this could have also been a lie as none could ev

a simple and lightweight terminal text editor written in Go

AppGo AppGo is an application that is intended to read a plain text log file and deliver an encoded polyline. Installation To run AppGo it is necessar

A UTF-8 and internationalisation testing utility for text rendering.

ɱéťàł "English, but metal" Metal is a tool that converts English text into a legible, Zalgo-like character swap for the purposes of testing localisati