kubectl-slice is a neat tool that allows you to split a single multi-YAML Kubernetes manifest into multiple subfiles using a naming convention you choose. This is done by parsing the YAML code and giving you the option to access any key from the YAML object using Go Templates.

By default, kubectl-slice will split your files into multiple subfiles following this naming convention:

That is, the Kubernets kind -- say, Namespace -- lowercased, followed by a dash, followed by the resource name -- say, production:

If your YAML includes multiple files, for example:

Then the following files will be created:

You can customize the file name to your liking, by using the --template flag.

Download the latest release for your platform from the Releases page, then extract and move the kubectl-slice binary to any place in your $PATH. If you have kubectl installed, you can use both kubectl-slice and kubectl split (note in the later the absence of the -).

Multiple services and applications to do GitOps require you to provide a folder similar to this:

Where resources that are globally scoped live in the cluster/ folder -- or the folder designated by the service or application -- and namespace-specific resources live inside namespaces/$NAME/.

Performing this task on big installations such as applications coming from Helm is a bit daunting, and a manual task. kubectl-slice can help by allowing you to read a single YAML file which holds multiple YAML manifests, parse each one of them, allow you to use their fields as parameters to generate custom names, then rendering those into individual files in a specific folder.

Differences with other tools

Losing the original file and its format

There are other plugins and apps out there that can split your YAML into multiple sub-YAML files like kubectl-slice, however, they do it by decoding the YAML, processing it, then re-encode it again, which will lose its original definition. That means that some array pieces, for example, might be encoded to a different output -- while still keeping them as arrays; comments are also lost -- since the decoding to Go, then re-encoding back to YAML will ignore YAML Comments.

kubectl-slice will keep the original file, and even when it will still parse it into Go to give you the ability to use any of the fields as part of the template for the name, the original file contents are still preserved with no changes, so your comments and the preference on how you render arrays, for example, will remain exactly the same as the original file.

One of the things you can do too with kubectl-slice that you might not be able to do with other tools is the fact that with kubectl-slice you can literally access any field from the YAML file. Now, granted, if for example you decide to use an annotation in your YAML as part of the name template, that annotation may exist in some of the YAMLs but perhaps not in all of them, so you have to account for that by providing a default or using Go Template's if else blocks.

Other apps might not allow you to read into the entire YAML, and even more so, they might enforce a convention on some of the fields you are able to access. Resource names, for example, should follow a Kubernetes standard which some apps might edit preemptively since they don't make for good or "nice" file names, and as such, replace all dots for underscores. kubectl-slice will let you provide a template that might render an invalid file name, that's true, but you have a plethora of functions to modify its behavior yourself to something that fits your design better. Perhaps you prefer dashes rather than underscores, and you can do that.

Upcoming versions will improve this even more by allowing annotation access using positions rather than names, for example.

Since the application name is kubectl-slice, adding it to any folder in your $PATH will allow you to run it either via its real command name, kubectl-slice, or as a kubectl plugin: kubectl split.

kubectl-slice does not use any configuration from kubectl, and it can be used standalone, even without a $KUBECONFIG.

Resources with no namespace

It's very common that Helm charts or even plain YAMLs found online might not contain the namespace, and because of that, the field isn't available in the YAML. Since this tool was created to fit a specific criteria as seen above, there's no need to implement this here. However, you can use kustomize to quickly add the namespace to your manifest, then run it through kubectl-slice.

Replace my-namespace for the namespace you want to set, and my-file.yaml for the name of the actual file that has no namespaces declared. Then run:

This will render your new file, namespaces included, to stdout. You can pipe this as-is to kubectl-slice:

Keep in mind that is recommended to not add namespaces to your YAML resources, to allow users to install in any destination they choose. For example, a namespaceless file called foo.yaml can be installed to the namespace bar by using:

Any field from the YAML file can be used, however, non-existent fields will render an empty string. This is very common for situations such as rendering a Helm template where the namespace shouldn't be defined.

If you would rather fail executing kubectl-slice if a field was not found, consider using the required Go Template function. The following template will make kubectl-slice fail with a non-zero exit code if the namespace of any of the resources is not defined.

If you would rather provide a default for those resources without, say, a namespace, you can use the default function:

This will render any resource without a namespace with the name global.yaml.

Since it's possible to provide a Go Template for a file name that might be the same for multiple resources, kubectl-slice will append any YAML that matches by file name to the given file using the --- separator.

Since kubectl-slice is built in Go, there's only a handful of primitives that can be read from the YAML manifest. All of these have been hand-picked to be stringified automatically -- in fact, multiple template functions will accept them, and yes, that means you can lowercase a number

The decision is intentional and it's due to the fact that's impossible to map any potential Kubernetes resource, given the fact that you can teach Kubernetes new objects using Custom Resource Definitions. Because of that, resources are read as untyped and converted to strings when possible.

The following YAML untyped values are handled, in accordance with the json.Unmarshal documentation:

The following template functions are available, with some functions having aliases for convenience:

Converts the value to string as stated in String conversion, then lowercases it.

Converts the value to string as stated in String conversion, then uppercases it.

Converts the value to string as stated in String conversion, then capitalize the first character of each word.

While available, it's use is discouraged for file names.

Converts the value to string as stated in String conversion, then removes any whitespace at the beginning or end of the string.

Converts the value to string as stated in String conversion, then removes either the prefix or the suffix.

Do note that the parameters are flipped from Go's strings.TrimPrefix and strings.TrimSuffix: here, the first parameter is the prefix, rather than being the last parameter. This is to allow piping one output to another:

If the value is set, return it, otherwise, a default value is used.

If the argument renders to an empty string, the application fails and exits with non-zero status code.

env allows the key to be case-insensitive: it will be uppercased internally.

Renders a sha1sum or sha256sum of a given value. The value is converted first to their YAML representation, with comments removed, then the sum is performed. This is to ensure that the "behavior" can stay the same, even when the file might have multiple comments that might change.

Primitives such as string, bool and float64 are converted as-is.

While not recommended, you can use this to always generate a new name if the YAML declaration drifts. The following snippet uses ., which represents the entire YAML file -- on a multi-YAML file, each . represents a single file:

Converts any primitive as stated in String conversion, to string:

Converts the value to a string as stated in String conversion, then replaces all ocurrences of a string with another:

Converts the value to a string as stated in String conversion, and keeps from the original string only alphanumeric characters -- for alphanumify -- or alphanumeric plus dashes and underscores -- like URLs, for alphanumdash:

Converts the value to a string as stated in String conversion, and replaces all dots to either dashes or underscores:

Particularly useful for Kubernetes FQDNs needed to be used as filenames.

Tekton Pipelines is a powerful tool that's available through a Helm Chart from the cd.foundation. We can grab it from their Helm repository and render it locally, then use kubectl-slice to split it into multiple files.

We'll use the following filename template so there's one folder for each Kubernetes resource kind, so all Secrets for example are in the same folder, then we will use the resource name as defined in metadata.name. We'll also modify the name, since some of the Tekton resources have an FQDN for a name, like tekton.pipelines.dev, with the dottodash template function:

We will render the Helm Chart locally to stdout with:

Then we can pipe that output directly to kubectl-slice:

Which will render the following output:

We can navigate the folders:

And poking into a single directory, for example, configmap:

Pull requests are welcomed! So far, looking for help with the following items, which are also part of the roadmap:

yaml-patch is a version of Evan Phoenix's json-patch, which is an implementation of JSON Patch, directly transposed to YAML

yaml-patch yaml-patch is a version of Evan Phoenix's json-patch, which is an implementation of JavaScript Object Notation (JSON) Patch, directly trans

simple GitHub action to parse Markdown Links into a .yaml file for Hugo

Small tool for splitting files found in a path into multiple groups. Usefull for parallelisation of whatever can be paralleled with multiple files.

A very simplified Mux focused for ease of use.

hyper-mux A very simplified Mux focused for ease of use. go get github.com/hyperjumptech/hyper-mux How to use the Mux The following is how you going t

Tiny Go tool for running multiple functions concurrently and collecting their results into an error slice.

A tool to find redirection chains in multiple URLs

gProfiler combines multiple sampling profilers to produce unified visualization of what your CPU is spending time on, displaying stack traces of your processes across native programs1 (includes Golang), Java and Python runtimes, and kernel routines.

Utility functions for work with the Kubernetes Go-Client

go-k8s-utils This repository contains utils for the work with Kubernetes, in specific with the go-client library. Testing This package contains utils

A port of the parser from graphql-js into golang

gqlparser This is a parser for graphql, written to mirror the graphql-js reference implementation as closely while remaining idiomatic and easy to use 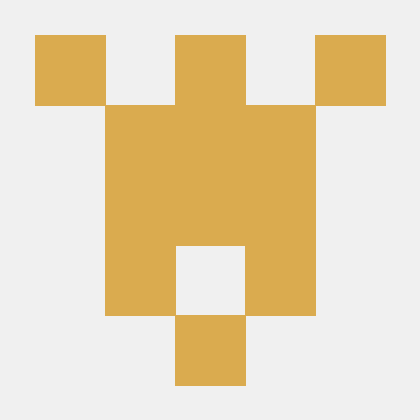