This library is somewhat not maintained anymore. But I'm glad that it did what I wanted the most. It moved people away from "ncurses" mindset and these days we see both re-implementations of termbox API in various languages and even possibly better libs with similar API design. If you're looking for a Go lib that provides terminal-based user interface facilities, I've heard that https://github.com/gdamore/tcell is good (never used it myself). Also for more complicated interfaces and/or computer games I recommend you to consider using HTML-based UI. Having said that, termbox still somewhat works. In fact I'm writing this line of text right now in godit (which is a text editor written using termbox-go). So, be aware. Good luck and have a nice day.

Termbox is a library that provides a minimalistic API which allows the programmer to write text-based user interfaces. The library is crossplatform and has both terminal-based implementations on *nix operating systems and a winapi console based implementation for windows operating systems. The basic idea is an abstraction of the greatest common subset of features available on all major terminals and other terminal-like APIs in a minimalistic fashion. Small API means it is easy to implement, test, maintain and learn it, that's what makes the termbox a distinct library in its area.

Install and update this go package with go get -u github.com/nsf/termbox-go

For examples of what can be done take a look at demos in the _demos directory. You can try them with go run: go run _demos/keyboard.go

There are also some interesting projects using termbox-go:

snake-task Snake Game A simple command line -based snake game built with go and termbox library. This is a test task for a Golang positon. It took me

mangos is a pure Golang implementation of nanomsg's "Scalablilty Protocols"

mangos Mangos™ is an implementation in pure Go of the SP (“Scalability Protocols”) messaging system. These are colloquially known as a “nanomsg”. ❗ Th

go-blurhash go-blurhash is a pure Go implementation of the BlurHash algorithm, which is used by Mastodon an other Fediverse software to implement a sw

go-git is a highly extensible git implementation library written in pure Go. It can be used to manipulate git repositories at low level (plumbing) or

This an implementation of Jsonnet in pure Go.

This an implementation of Jsonnet in pure Go. It is a feature complete, production-ready implementation. It is compatible with the original Jsonnet C++ implementation. Bindings to C and Python are available (but not battle-tested yet). 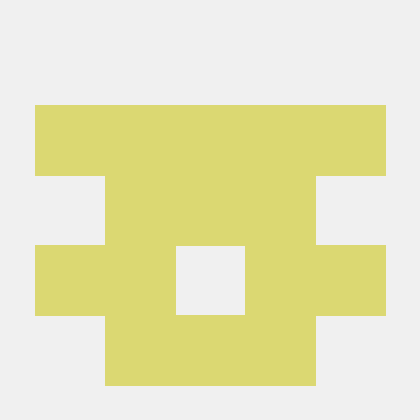