autosaved, pronounced autosave-d is a utility written in Go to autosave progress on code projects.

autosaved, pronounced autosave-d (for autosave daemon) is a utility written in Go to autosave progress on code projects.

It uses the go-git package to save snapshots without interfering the normal Git flow - branches that are to be pushed upstream, HEAD, or the Git index.

It provides an interface called asdi (short for autosaved interface), which can be used to interact with the daemon.

You can download a binary from the v0.1 release: https://github.com/nikochiko/autosaved/releases/tag/v0.1 for your architecture and OS

Currently, I have only added 3 binaries for linux/amd64, windows/amd64, and darwin/amd64.

This is because that's what came with gox, which I used to package the release binaries. If you have a darwin/arm or something else, don't fret. It's super easy to build it yourself. I used go 1.17, but it may be compatible with some older versions too. Simply go build to get the binary.

Once you have the binary, you can just mv it to a bin/ folder.

That's all about it. The only other setup now is to start the daemon ;)

To get it working, you'll have to setup the daemon first. It can be activated with asdi start in any normal terminal, but you may want to run it on systemd or screen to keep it alive through failures and restarts.

Once that's done you're all ready. Just cd into your project directory and run asdi watch, this will notify the daemon to start watching the directory.

It does so by adding the repository's full path to the configuration (by default ~/.autosaved.yaml), which gets picked up by Viper on the fly.

A sample systemd unit file can be found here: autosaved.service.

To add it to systemd, you can do the following steps:

The configuration too comes with very usable defaults. autosaved will traverse all the watched repositories every 2 minutes by default, although this can be changed. This is defined by the checking_interval config option.

The other option is after_every:, this option defines how long after one commit/autosave should we wait until we autosave the next time in each repository. The minutes and seconds options inside this will get added up. For example, 1 minute and 2 seconds would give 62 seconds as the minimum time to wait before autosaving the same repository.

Finally, the repositories part is how autosaved remembers which repositories to keep an eye on. This may be modified manually or by doing asdi watch in a Git project.

To recover something, you can grab its commit hash from asdi list and run asdi restore .

I have done it in this video here: https://www.youtube.com/watch?v=VFgLyTNwHu4

This project is licensed under GPLv3. See LICENSE for more.

http-bootstrapper This is a code generator that uses go templates to generate a bootstrap code for a go http server. Usage Generate go http server cod

A simple Utility library for Go Go does not provide many essential built in functions when it comes to the data structure such as slice and map. This

Robust & Easy to use struct mapper and utility methods for Go

gopkg is a universal utility collection for Go, it complements offerings such as Boost, Better std, Cloud tools.

gopkg is a universal utility collection for Go, it complements offerings such as Boost, Better std, Cloud tools. Table of Contents Introduction 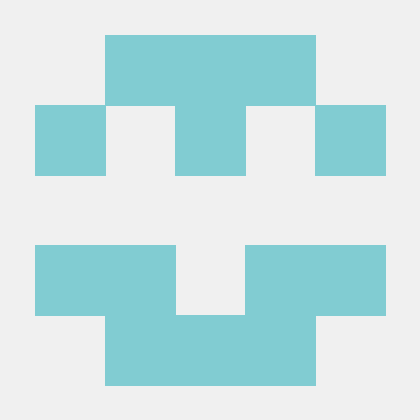 Utility functions for work with the Kubernetes Go-Client

go-k8s-utils This repository contains utils for the work with Kubernetes, in specific with the go-client library. Testing This package contains utils

Scylla-octopus is a backup and maintenance utility for scylladb.

scylla-octopus: a scylladb backup utility Scylla-octopus is a backup and maintenance utility for scylladb. It attempts to reproduce some functionality

Simple utility to get/set the PWM duty cycle and to measure the RPM for a fan connected to the 4-pin header on the CM4IO.

cm4iofan Simple utility to get/set the PWM duty cycle and to measure the RPM for a fan connected to the 4-pin header on the CM4IO. Requirements Enable

envoyconf-tools Envoy is a proxy, really awesome and we are devs who often use it, face errors and struggle to debug it, when envoy config's source is

Utility to restrict which package is allowed to import another package. 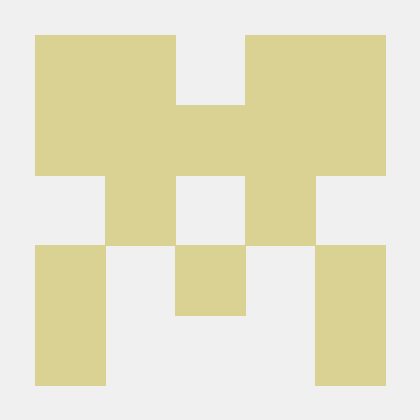 A funny utility to manage your PS1 variable.

PSOne Introduction Are you a Veteran Unix Admin? If so, you probably know the charm of the PS1 environment variable. For a deep focus I suggest you to

A small utility to extract your Telegram contacts as VCF file.

Telegram to VCF A small utility to extract your Telegram contacts as VCF file. Usage At first build this application or use the precompiled binaries o