A spec for unique IDs in distributed systems based on the Snowflake design, i.e. a coordination-based ID variant. It aims to be friendly to both machines and humans, compact, versatile and fast.

This repository contains a Go package for generating such IDs.

sno comes with a package-level generator on top of letting you configure your own generators.

Generating a new ID using the defaults takes no more than importing the package and:

Where 0 is the ➜ Metabyte.

The global generator is immutable and private. It's therefore also not possible to restore it using a Snapshot. Its Partition is based on time and changes across restarts.

As soon as you run more than 1 generator, you should start coordinating the creation of Generators to actually guarantee a collision-free ride. This applies to all specs of the Snowflake variant.

Partitions are one of several friends you have to get you those guarantees. A Partition is 2 bytes. What they mean and how you define them is up to you.

Multiple generators can share a partition by dividing the sequence pool between them (➜ Sequence sharding).

Snapshots happen to serve both as configuration and a means of saving and restoring generator data. They are optional - simply pass nil to NewGenerator(), to get a Generator with sane defaults and a unique (in-process) Partition.

Snapshots can be taken at runtime:

This exposes most of a Generator's internal bookkeeping data. In an ideal world where programmers are not lazy until their system runs into an edge case - you'd persist that snapshot across restarts and restore generators instead of just creating them from scratch each time. This will keep you safe both if a large clock drift happens during the restart -- or before, and you just happen to come back online again "in the past", relative to IDs that had already been generated.

A snapshot is a sample in time - it will very quickly get stale. Only take snapshots meant for restoring them later when generators are already offline - or for metrics purposes when online.

A sno is simply 80-bits comprised of two 40-bit blocks: the timestamp and the payload. The bytes are stored in big-endian order in all representations to retain their sortable property. Both blocks can be inspected and mutated independently in either representation. Bits of the components in the binary representation don't spill over into other bytes which means no additional bit twiddling voodoo is necessary* to extract them.

*The tick-tock bit in the timestamp is the only exception (➜ Time and sequence).

snos embed a timestamp comprised of 39 bits with the epoch milliseconds at a 4msec resolution (floored, unsigned) and one bit, the LSB of the entire block - for the tick-tock toggle.

If you really have to break out of the epoch - or want to store higher precision - the metabyte is your friend.

Higher precision is not necessarily a good thing. Think in dataset and sorting terms, or in sampling rates. You want to grab all requests with an error code of 403 in a given second, where the code may be encoded in the metabyte. At a resolution of 1 second, you binary search for just one index and then proceed straight up linearly. That's simple enough.

At a resolution of 1msec however, you now need to find the corresponding 1000 potential starting offsets because your 403 requests are interleaved with the 200 requests (potentially). At 4msec, this is 250 steps.

Everything has tradeoffs. This was a compromise between precision, size, simple data layout -- and factors like that above.

snos embed a sequence (2 bytes) that is relative to time. It does not overflow and resets on each new time unit (4msec). A higher sequence within a given timeframe does not necessarily indicate order of creation. It is not advertised as monotonic because its monotonicity is dependent on usage. A single generator writing to a single partition, ceteris paribus, will result in monotonic increments and will represent order of creation.

With multiple writers in the same partition, increment order is undefined. If the generator moves back in time, the order will still be monotonic but sorted either 2msec after or before IDs previously already written at that time (see tick-tock).

The sequence pool has a range of [0..65535] (inclusive). sno supports partition sharing out of the box by further sharding the sequence - that is multiple writers (generators) in the same partition.

This is done by dividing the pool between all writers, via user-specified bounds.

A generator will reset to its lower bound on each new time unit - and will never overflow its upper bound. Collisions are therefore guaranteed impossible unless misconfigured and they overlap with another currently online generator.

Remember that limiting the sequence pool also limits max throughput of each generator. For an explanation on what happens when you're running at or over capacity, see the details below or take a look at ➜ Benchmarks which explains the numbers involved.

Clock drift and the tick-tock toggle

Just like all other specs that rely on clock times to resolve ambiguity, snos are prone to clock drifts. But unlike all those others specs, sno adjusts itself to the new time - instead of waiting (blocking), it tick-tocks.

The tl;dr applying to any system, really: ensure your deployments use properly synchronized system clocks (via NTP) to mitigate the size of drifts. Ideally, use a NTP server pool that applies a gradual smear for leap seconds. Despite the original Snowflake spec suggesting otherwise, using NTP in slew mode (to avoid regressions entirely) is not always a good idea.

Also remember that containers tend to get paused meaning their clocks are paused with them.

As far as sno, collisions and performance are concerned, in typical scenarios you can enjoy a wait-free ride
without requiring slew mode nor having to worry about even large drifts.

The metabyte is unique to sno across the specs the author researched, but the concept of embedding metadata in IDs is an ancient one. It's effectively just a byte-of-whatever-you-want-it-to-be - but perhaps 8-bits-of-whatever-you-want-them-to-be does a better job of explaining its versatility.

sno is agnostic as to what that byte represents and it is optional. None of the properties of snos get violated if you simply pass a 0.

However, if you can't find use for it, then you may be better served using a different ID spec/library altogether (➜ Alternatives). You'd be wasting a byte that could give you benefits elsewhere.

Many databases, especially embedded ones, are extremely efficient when all you need is the keys - not all the data all those keys represent. None of the Snowflake-like specs would provide a means to do that without excessive overrides (or too small a pool to work with), essentially a different format altogether, and so - sno.


Information that describes something has the nice property of also helping to identify something across a sea of possibilities. It's a natural fit.

Do everyone a favor, though, and don't embed confidential information. It will stop being confidential and become public knowledge the moment you do that. Let's stick to nice property, avoiding PEBKAC.

If you were to use machine-ID based partitions across a cluster generating, say, Person entities, where Person corresponds to a metabyte of 1 - this has the neat property of grouping all People generated across the entirety of your system in the given timeframe in a sortable manner. In database terms, you could think of the metabyte as identifying a table that is sharded across many partitions - or as part of a compound key. But that's just one of many ways it can be utilized.

Placement at the beginning of the second block allows the metabyte to potentially both extend the timestamp block or provide additional semantics to the payload block. Even if you always leave it empty, sort order nor sort/insert performance won't be hampered.

But it's just a single byte!

A single byte is plenty.

The encoding is a custom base32 variant stemming from base32hex. Let's not call it sno32. A canonically encoded sno is a regexp of [2-9a-x]{16}.

The following alphabet is used:

On amd64 encoding/decoding is vectorized and extremely fast.

* Using canonical encoding.
** When used with a proper CSPRNG. The more important aspect is the distinction between entropy-based and coordination-based IDs. Sandflake and cuid do contain entropy, but not sufficient to rely on entropy alone to avoid collisions (3 bytes and 4 bytes respectively).

For performance results see ➜ Benchmark. ≥ values given for libraries which provide more than one variant, whereas the fastest one is listed.

sno is both based on and inspired by xid - more so than by the original Snowflake - but the changes it introduces are unfortunately incompatible with xid's spec.

Overview WUID is a globally unique number generator, while it is NOT a UUID implementation. WUID is 10-135 times faster than UUID and 4600 times faste

Go package for UUIDs based on RFC 4122 and DCE 1.1: Authentication and Security Services.

uuid The uuid package generates and inspects UUIDs based on RFC 4122 and DCE 1.1: Authentication and Security Services. This package is based on the g

A generator library for concise, unambiguous and URL-safe UUIDs

shortuuid A Go library that generates concise, unambiguous, URL-safe UUIDs. Based on and compatible with the Python library shortuuid. Often, one need

ksuid ksuid is an efficient, comprehensive, battle-tested Go library for generating and parsing a specific kind of globally unique identifier called a

Universally Unique Lexicographically Sortable Identifier A Go port of alizain/ulid with binary format implemented. Background A GUID/UUID can be subop

A compact, cross-platform scanner that scans ports and recognizes fingerprints.

forms Description forms makes form creation and handling easy. It allows the creation of form without having to write HTML code or bother to make the

Vex is a variable-length, lexicographically-sortable hex format for uint64 values

Vex is a variable-length, lexicographically-sortable hex format for uint64 values. It can be used instead of fmt.Sprintf("%016x", v) for shorter s

A API scanner written in GOLANG to scan files recursively and look for API keys and IDs. 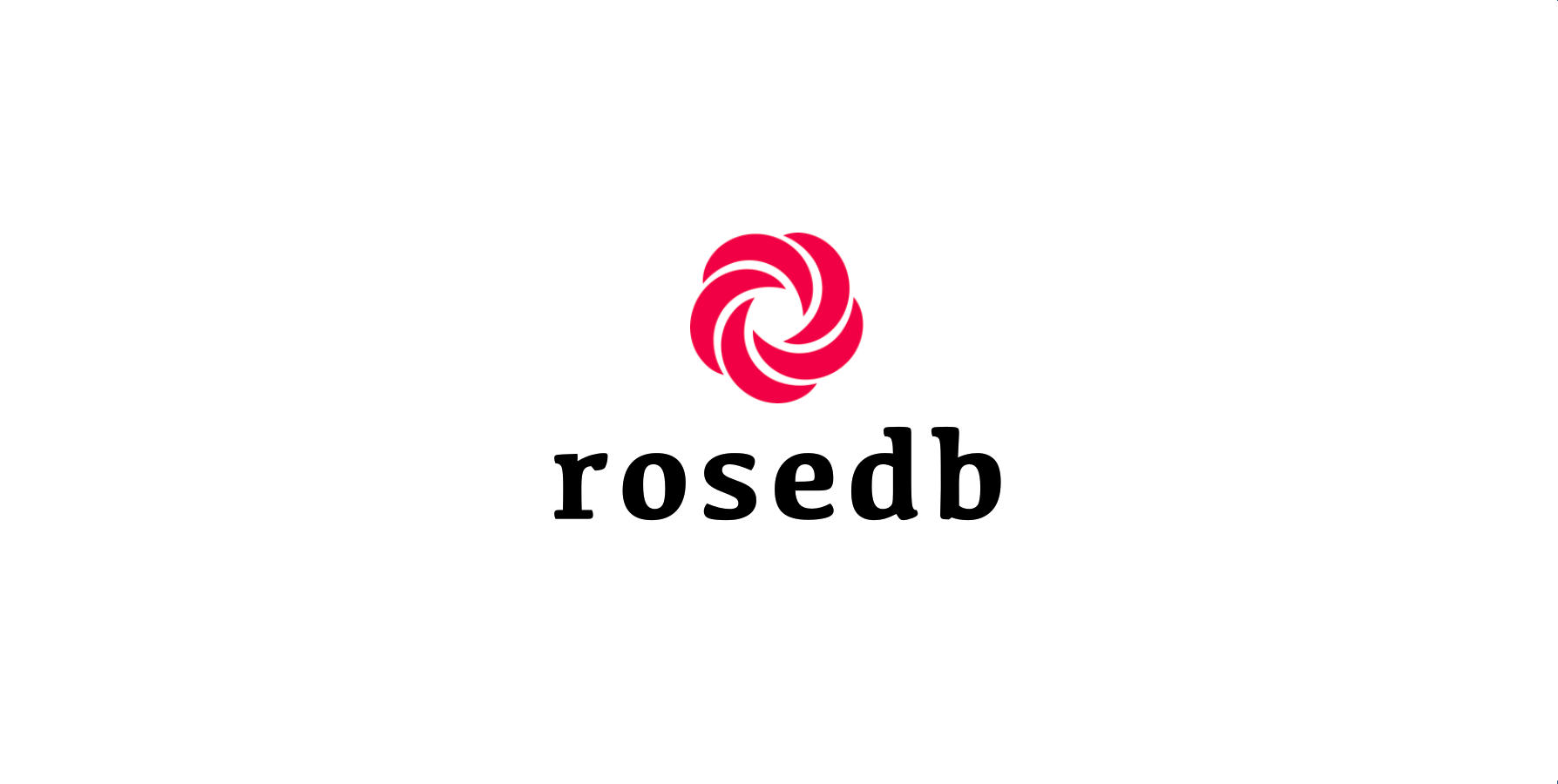 Universally Unique Lexicographically Sortable Identifier A Go port of alizain/ulid with binary format implemented. Background A GUID/UUID can be subop

Hanabira Hanabira is a network service for generating unique ID numbers inspired by Twitter's Snowflake. How to run hanabira-cluster and etcd-cluster

Overview WUID is a globally unique number generator, while it is NOT a UUID implementation. WUID is 10-135 times faster than UUID and 4600 times faste