Hot-swap Kubernetes clusters while keeping your microservices up and running.

Okra is a Kubernetes controller and a set of CRDs which provide advanced multi-cluster appilcation rollout capabilities, such as canary deployment of clusters.

If you've been using ephemeral Kubernetes clusters and employed blue-green or canary deployments for zero-downtime cluster updates, you might have suffered from a lot of manual steps required. okra is intended to automate all those steps.

In a standard scenario, a system update with okra would like the below.

okra currently works on AWS only, but the design and implementation is generic enough to be capable of adding more IaaS supports. Any contribution around that is welcomed.

Okra manages cells for you. A cell can be compared to a few things.

Okra's cell-contorller is responsible for managing the traffic shift across clusters.

You give each Cell a set of settings to discover AWS target groups and configure loadbalancers, and metrics.

The controller periodically discovers AWS target groups. Once there are enough number of new target groups, it then compares the target groups associated to the loadbalancer. If there's any difference, it starts updating the ALB while checking various metrics for safe rollout.

Okra uses Kubernetes CRDs and custom resources as a state store and uses the standard Kubernetes API to interact with resources.

Comparison with Flagger and Argo Rollouts

In Flagger or Argo Rollouts, you need to update its K8s resource to trigger a new rollout. In Okra you don't need to do so. You preconfigure its resource and Okra auto-starts a rollout once it discovers enough number of new target groups.

A okra Cell is composed of target groups and an AWS loadbalancer, and a set of metrics for canary anlysis.

Each target group is tied to a cluster, where a cluster is a Kubernetes cluster that runs your container workloads.

It is inteded to be deployed onto a "control-plane" cluster to where you usually deploy applications like ArgoCD.

It requires you to use:

In the future, it may add support for using Route 53 Weighted Routing instead of ALB.

Although we assume you use ApplicationSet for app deployments, it isn't really a strict requirement. Okra doesn't communiate with ArgoCD or ApplicationSet. All Okra does is to discover EKS clusters, create and label target groups for the discovered clusters, and rollout the target groups. You can just bring your own tool to deploy apps onto the clusters today.

See crd.md for more documentation and details of each CRD.

okra is the CLI application that consists of the controller and other utility commands for testing.

See CLI for more information and its usage.

Okra is inspired by various open-source projects listed below.

Initially it was named kubearray, but the original author wanted something more catchy and pretty.

In the beginning of this project, the author thought that hot-swapping a cluster while keeping your apps running looks like hot-swaping a drive while keeping a server running.

Later, he searched over the Internet for a prettier and catchier alternative. While browsing a list of cool Japanese terms with 3 syllables, he encountered "okra". "Okra" is a pod vegetable full of edible seeds. The term is relatively unique that it sounds almost the same in both Japanese and English. The author thought that "okra" can be a good metaphor for a cluster of sub-clusters when each seed in an okra is compared to a sub-cluster.

Flux is a tool for keeping Kubernetes clusters in sync with sources of configuration (like Git repositories), and automating updates to configuration when there is new code to deploy. 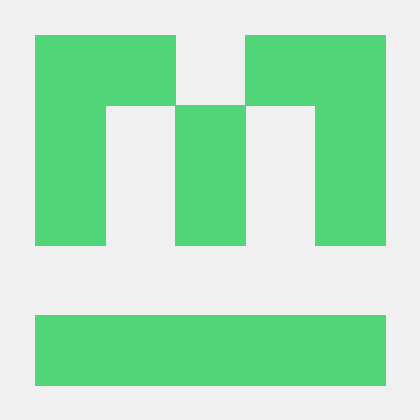 PolarDB Stack is a DBaaS implementation for PolarDB-for-Postgres, as an operator creates and manages PolarDB/PostgreSQL clusters running in Kubernetes. It provides re-construct, failover swtich-over, scale up/out, high-available capabilities for each clusters.

KinK is a helper CLI that facilitates to manage KinD clusters as Kubernetes pods. Designed to ease clusters up for fast testing with batteries included in mind.

kink A helper CLI that facilitates to manage KinD clusters as Kubernetes pods. Table of Contents kink (KinD in Kubernetes) Introduction How it works ?

A pain of glass between you and your Kubernetes clusters.

Validation of best practices in your Kubernetes clusters

Client extension for interacting with Kubernetes clusters from your k6 tests.

Managing your Kubernetes clusters (including public, private, edge, etc) as easily as visiting the Internet

Clusternet Managing Your Clusters (including public, private, hybrid, edge, etc) as easily as Visiting the Internet. Clusternet (Cluster Internet) is

This is a hot reload tooling for go

hotpocket This is a hot reload tooling for go Usage First need to have a json file in the root of your project. Name it as a hotpocket.json. It Should