Coral, a friendly Cobra fork with nearly all its features, but only 4 dependencies

I love Cobra and I love Viper. They are great projects, incredibly useful and outstandingly important for the Go community. But sometimes, just sometimes, don't you wish you could use Cobra without the entire dependency chain Viper drags in?

This is what Coral is: a Cobra fork without any of the Viper dependencies and features. This will hopefully be a soft fork with only the minimal changes required to decouple Viper from Cobra. The aim is to follow upstream Cobra development as closely as possible.

Coral has only four direct dependencies:

It's easy to use Coral as a drop-in replacement for Cobra in existing projects, just let gofmt do the heavy lifting for you:

As a result, you should typically see a lot of indirect dependencies removed from the project's go.mod and go.sum files.

Cobra is both a library for creating powerful modern CLI applications as well as a program to generate applications and command files.

Cobra is used in many Go projects such as Kubernetes, Hugo, and Github CLI to name a few. This list contains a more extensive list of projects using Cobra.

Cobra is also an application that will generate your application scaffolding to rapidly develop a Cobra-based application.

Cobra is built on a structure of commands, arguments & flags.

Commands represent actions, Args are things and Flags are modifiers for those actions.

The best applications read like sentences when used, and as a result, users intuitively know how to interact with them.

In the following example, 'server' is a command, and 'port' is a flag:

In this command we are telling Git to clone the url bare.

Command is the central point of the application. Each interaction that the application supports will be contained in a Command. A command can have children commands and optionally run an action.

In the example above, 'server' is the command.

A flag is a way to modify the behavior of a command. Cobra supports fully POSIX-compliant flags as well as the Go flag package. A Cobra command can define flags that persist through to children commands and flags that are only available to that command.

In the example above, 'port' is the flag.

Flag functionality is provided by the pflag library, a fork of the flag standard library which maintains the same interface while adding POSIX compliance.

Using Cobra is easy. First, use go get to install the latest version of the library. This command will install the cobra generator executable along with the library and its dependencies:

Next, include Cobra in your application:

For complete details on using the Cobra library, please read the The Cobra User Guide.

Cobra is released under the Apache 2.0 license. See LICENSE.txt

For your server and all of its waifus <3

waifud A few tools to help me manage and run virtual machines across a homelab cluster. waifud was made for my own personal use and I do not expect it 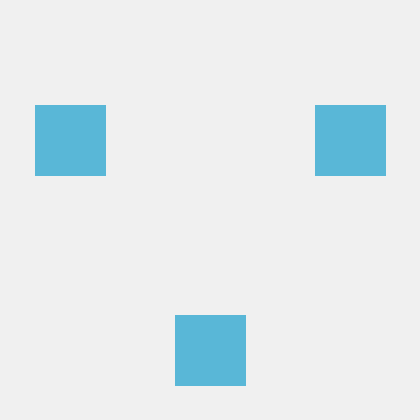 EXPERIMENTAL: this repo is in its infancy stage atm so there are a lot of features aren't supported grpctl /'grp-cuttle'/ A dynamic cli for interactin

In this Project we will be creating a beginner friendly Server in Golang. To create it first we have to create our files and folder in our Code Editor

DeepValueNetwork is a peer-to-peer database network managed and hosted by its community.

Antenna RPC is an RPC protocol for distributed computing, it's based on QUIC and Colfer. its currently an WIP.

🎉 An awesome version control tool for protoc and its related plugins.

❤️ PowerProto is actively maintained! Any questions in use can be directly raised issue, I will respond to you as fast as possible. If you think the p

Terraform ACI Provider. Started before Cisco's release and stopped when Cisco released its own.

terraform-provider-aci This was before Cisco released their own (I did ask them if they were doing one and they said no !!) :-) I would have liked to 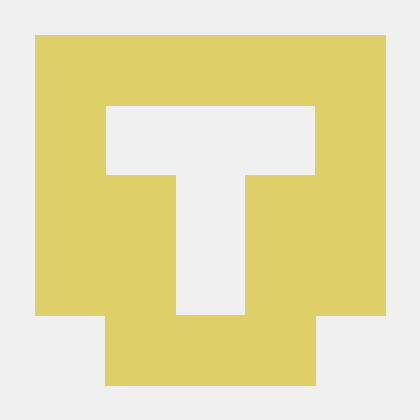 A server that proxies requests and uses fhttp & my fork of CycleTLS to modify your clienthello and prevent your requests from being fingerprinted.

Fork of Go stdlib's net/http that works with alternative TLS libraries like refraction-networking/utls.

github.com/ooni/oohttp This repository contains a fork of Go's standard library net/http package including patches to allow using this HTTP code with

An opinionated clean fork of v2fly/v2ray-core

An opinionated fork of Jigsaw-Code/outline-ss-server

Outline ss-server This repository has the Shadowsocks service used by Outline servers. It uses components from go-shadowsocks2, and adds a number of i

forked from go-ping/ping go get -u github.com/gandaldf/ping go-ping A simple but powerful ICMP echo (ping) library for Go, inspired by go-fastping. He

A Zyx Network client based on the go-ethereum fork

Zyx Network Building the source Many of the below are the same as or similar to go-ethereum. For prerequisites and detailed build instructions please

This is a fork version from ngrok

Because the original version is no longer maintained, So I forked that project and made the following changes: split

Go support for Protocol Buffers This project hosts the Go implementation for protocol buffers, which is a language-neutral, platform-neutral, extensib

Pocket Core Official golang implementation of the Pocket Network Protocol. Overview The Pocket Core application will allow anyone to spin up a Pocket