Pull requests and other any other contributions would be very much appreciated.

When we started developing in Go mismatched dependencies and API changes plauged our build process and made it extremely difficult to merge with other peoples changes.

After nuking my entire GOROOT several times and rebuilding I decided to come up with a tool to oversee the process. It eventually evolved into what gvm is today.

Or if you are using zsh just change bash with zsh

Once this is done Go will be in the path and ready to use. $GOROOT and $GOPATH are set automatically.

Additional options can be specified when installing Go:

Go 1.5+ removed the C compilers from the toolchain and replaced them with one written in Go. Obviously, this creates a bootstrapping problem if you don't already have a working Go install. In order to compile Go 1.5+, make sure Go 1.4 is installed first.

To list all installed Go versions (The current version is prefixed with "=>"):

To completely remove gvm and all installed Go versions and packages:

If that doesn't work see the troubleshooting steps at the bottom of this page.

GVM supports vendoring package set-specific native code and related dependencies, which is useful if you need to qualify a new configuration or version of one of these dependencies against a last-known-good version in an isolated manner. Such behavior is critical to maintaining good release engineering and production environment hygiene.

As a convenience matter, GVM will furnish the following environment variables to aid in this manner if you want to decouple your work from what the operating system provides:

See examples/native for a working example.

Sometimes especially during upgrades the state of gvm's files can get mixed up. This is mostly true for upgrade from older version than 0.0.8. Changes are slowing down and a LTR is imminent. But for now rm -rf ~/.gvm will always remove gvm. Stay tuned!

gvm By Josh Bussdieker (jbuss, jaja, jbussdieker) while working at Moovweb Currently lovingly maintained by Benjamin Knigge Pull requests and other an

gvm By Josh Bussdieker (jbuss, jaja, jbussdieker) while working at Moovweb Currently lovingly maintained by Benjamin Knigge Pull requests and other an

gobrew Go version manager Install or update With curl $ curl -sLk https://git.io/gobrew | sh - or with go $ go get -u github.com/kevincobain2000/gobre

Dontfile-simple - The simplest version of an online file manager

dontfile-simple The simplest version of an online file manager. Built With Golan 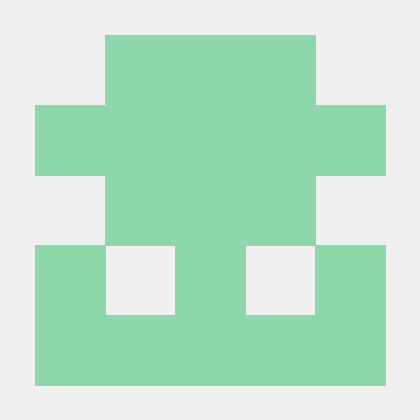 The npm/Microsoft/Google recommended Node.js version manager for Windows. This is not the same thing as nvm. The original nvm is a completely separate

A Go interface to ZeroMQ version 4

A Go interface to ZeroMQ version 4. Warning Starting with Go 1.14, on Unix-like systems, you will get a lot of interrupted signal calls. See the top o

This is a Golang wrapper for working with TMDb API. It aims to support version 3.

This is a Golang wrapper for working with TMDb API. It aims to support version 3. An API Key is required. To register for one, head over to themoviedb

A live-updating version of the UNIX wc command.

lwc A live-updating version of the UNIX wc command. Installation You can get a prebuilt binary for every major platform from the Releases page. Just e

A Go interface to ZeroMQ version 2

A Go interface to ZeroMQ version 3

http-gonsole This is the Go port of the http-console. Speak HTTP like a local Talking to an HTTP server with curl can be fun, but most of the time it'

The big BNT162b2 archive All vaccine data here is sourced from this World Health Organization document. This describes the RNA contents of the BNT162b

The Framework for Internal Navigation and Discovery (FIND) is like indoor GPS for your house or business, using only a simple smartphone or laptop. Th

GOMAJOR $ gomajor help GoMajor is a tool for major version upgrades Usage: gomajor <command> [arguments] The commands are: get upgrad

Grafterm Visualize metrics dashboards on the terminal, like a simplified and minimalist version of Grafana for terminal. Features Multiple widgets (gr

Sentinel: The Sentinel of Your Microservices Introduction As distributed systems become increasingly popular, the reliability between services is beco

A Go (golang) library for parsing and verifying versions and version constraints.