Accelerate aggregated MD5 hashing performance up to 8x for AVX512 and 4x for AVX2.

This is a SIMD accelerated MD5 package, allowing up to either 8 (AVX2) or 16 (AVX512) independent MD5 sums to be calculated on a single CPU core.

It was originally based on the md5vec repository by Igneous Systems, but has been made more flexible by amongst others supporting different message sizes per lane and adding AVX512.

md5-simd integrates a similar mechanism as described in minio/sha256-simd for making it easy for clients to take advantages of the parallel nature of the MD5 calculation. This will result in reduced overall CPU load.

It is important to understand that md5-simd does not speed up a single threaded MD5 hash sum. Rather it allows multiple independent MD5 sums to be computed in parallel on the same CPU core, thereby making more efficient usage of the computing resources.

In order to use md5-simd, you must first create an Server which can be used to instantiate one or more objects for MD5 hashing.

These objects conform to the regular hash.Hash interface and as such the normal Write/Reset/Sum functionality works as expected.

To keep performance both a Server and individual Hasher should be closed using the Close() function when no longer needed.

A Hasher can efficiently be re-used by using Reset() functionality.

In case your system does not support the instructions required it will fall back to using crypto/md5 for hashing.

As explained above md5-simd does not speed up an individual MD5 hash sum computation, unless some hierarchical tree construct is used but this will result in different outcomes. Running a single hash on a server results in approximately half the throughput.

This will result in a lower overall CPU usage as compared to using the standard crypto/md5 functionality where each MD5 hash computation will consume a single thread (core).

It is best to test and measure the overall CPU usage in a representative usage scenario in your application to get an overall understanding of the benefits of md5-simd as compared to crypto/md5, ideally under heavy CPU load.

Also note that md5-simd is best meant to work with large objects, so if your application only hashes small objects of a few kilobytes you may be better of by using crypto/md5.

For the best performance writes should be a multiple of 64 bytes, ideally a multiple of 32KB. To help with that a buffered := bufio.NewWriterSize(hasher, 32<<10) can be inserted if you are unsure of the sizes of the writes. Remember to flush buffered before reading the hash.

A single 'server' can process 16 streams concurrently with 1 core (AVX-512) or 2 cores (AVX2). In situations where it is likely that more than 16 streams are fully loaded it may be beneficial to use multiple servers.

The following chart compares the multi-core performance between crypto/md5 vs the AVX2 vs the AVX512 code: Compared to crypto/md5, the AVX2 version is up to 4x faster:

Compared to crypto/md5, the AVX512 is up to 8x faster (for larger block sizes):

These measurements were performed on AWS EC2 instance of type c5.xlarge equipped with a Xeon Platinum 8124M CPU at 3.0 GHz.

If only one or two inputs are available the scalar calculation method will be used for the optimal speed in these cases.

To make operation as easy as possible there is a “Server” coordinating everything. The server keeps track of individual hash states and updates them as new data comes in. This can be visualized as follows: The data is sent to the server from each hash input in blocks of up to 32KB per round. In our testing we found this to be the block size that yielded the best results.

Whenever there is data available the server will collect data for up to 16 hashes and process all 16 lanes in parallel. This means that if 16 hashes have data available all the lanes will be filled. However since that may not be the case, the server will fill less lanes and do a round anyway. Lanes can also be partially filled if less than 32KB of data is written. In this example 4 lanes are fully filled and 2 lanes are partially filled. In this case the black areas will simply be masked out from the results and ignored. This is also why calculating a single hash on a server will not result in any speedup and hash writes should be a multiple of 32KB for the best performance.

For AVX512 all 16 calculations will be done on a single core, on AVX2 on 2 cores if there is data for more than 8 lanes. So for optimal usage there should be data available for all 16 hashes. It may be perfectly reasonable to use more than 16 concurrent hashes.

md5-simd has both an AVX2 (8-lane parallel), and an AVX512 (16-lane parallel version) algorithm to accelerate the computation with the following function definitions:

The AVX2 version is based on the md5vec repository and is essentially unchanged except for minor (cosmetic) changes.

The AVX512 version is derived from the AVX2 version but adds some further optimizations and simplifications.

The AVX2 version passes in a cache8 block of memory (about 0.5 KB) for temporary storage of intermediate results during ROUND1 which are subsequently used during ROUND2 through to ROUND4.

Since AVX512 has double the amount of registers (32 ZMM registers as compared to 16 YMM registers), it is possible to use the upper 16 ZMM registers for keeping the intermediate states on the CPU. As such, there is no need to pass in a corresponding cache16 into the AVX512 block function.

The AVX2 uses the VPGATHERDD instruction (for YMM) to do a parallel load of 8 lanes using (8 independent) 32-bit offets. Since there is no control over how the 8 slices that are passed into the (Golang) blockMd5 function are laid out into memory, it is not possible to derive a "base" address and corresponding offsets (all within 32-bits) for all 8 slices.

As such the AVX2 version uses an interim buffer to collect the byte slices to be hashed from all 8 inut slices and passed this buffer along with (fixed) 32-bit offsets into the assembly code.

For the AVX512 version this interim buffer is not needed since the AVX512 code uses a pair of VPGATHERQD instructions to directly dereference 64-bit pointers (from a base register address that is initialized to zero).

Note that two load (gather) instructions are needed because the AVX512 version processes 16-lanes in parallel, requiring 16 times 64-bit = 1024 bits in total to be loaded. A simple VALIGND and VPORD are subsequently used to merge the lower and upper halves together into a single ZMM register (that contains 16 lanes of 32-bit DWORDS).

Due to the fact that pointers are passed directly from the Golang slices, we need to protect against NULL pointers. For this a 16-bit mask is passed in the AVX512 assembly code which is used during the VPGATHERQD instructions to mask out lanes that could otherwise result in segment violations.

The roll macro (three instructions on AVX2) is no longer needed for AVX512 and is replaced by a single VPROLD instruction.

Also several logical operations from the various ROUNDS of the AVX2 version could be combined into a single instruction using ternary logic (with the VPTERMLOGD instruction), resulting in a further simplification and speed-up.

The benchmark below shows the (single thread) maximum performance of the block() function for AVX2 (having 8 lanes) and AVX512 (having 16 lanes). Also the baseline single-core performance from the standard crypto/md5 package is shown for comparison.

md5-simd is released under the Apache License v2.0. You can find the complete text in the file LICENSE.

Contributions are welcome, please send PRs for any enhancements.

An alternative to Consistent Hashing

Ekliptic - Primitives for cryptographic operations on the secp256k1 curve, with zero dependencies and excellent performance

Ekliptic This package provides primitives for cryptographic operations on the se 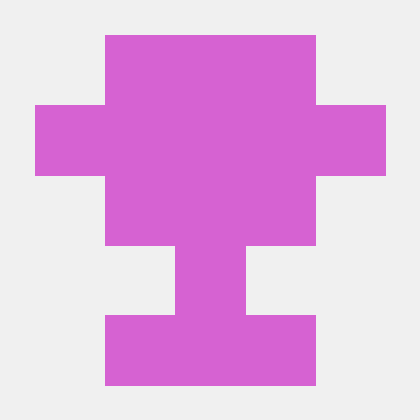 BLS signature and multi-signature schemas in Go and Solidity

BLS signature and multisignature schemas in Go and Solidity This code demonstrates the following schemas. Sign functions signature are in GoLang, veri

account-balance-go Example of querying the balance of Crypton and UUSD with Utopia Ecosystem API and utopialib-go example of use flags: -host string 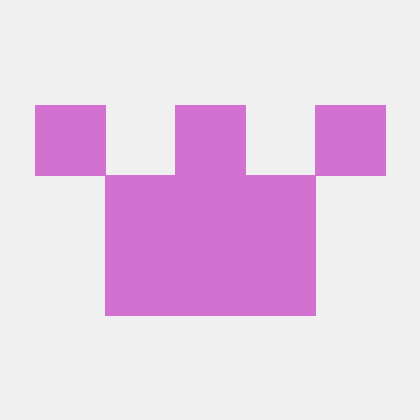 demochain is a blockchain built using Cosmos SDK and Tendermint and created with Starport.

demochain demochain is a blockchain built using Cosmos SDK and Tendermint and created with Starport. Get started starport chain serve serve command i

goKryptor is a small and portable cryptographic tool for encrypting and decrypting files.

goKryptor goKryptor is a small and portable cryptographic tool for encrypting and decrypting files. This tool supports XOR and AES-CTR (Advanced Encry

Utilities for Flashbots Go API client for the mev-blocks API for information about Flashbots blocks and transactions Detect bundle errors: (a) out of

loan is a blockchain built using Cosmos SDK and Tendermint and created with Starport.

loan loan is a blockchain built using Cosmos SDK and Tendermint and created with Starport. As a borrower you post a request for a loan and specify the