Distributed Named Pipes (or: dnpipes) are essentially a distributed version of Unix named pipes comparable to, for example, SQS in AWS or the Service Bus in Azure. A dnpipe is a distributed ordered queue (FIFO) of messages available to a number of participating distributed processes. A distributed process is a useful abstraction provided by systems such as DC/OS (for example a Marathon app or a Metronome job) or Kubernetes (ReplicaSet or a Job) that give a user the illusion that a service or application she is executing on a bunch of commodity machines (the cluster) behaves like one global entity while it really is a collection of locally executed processes. In DC/OS this locally executed process would be a Mesos task and in Kubernetes a pod.

A dnpipes implementation MUST support the following operations:

The following MUST be true at any point in time:

Note concerning the last point: since there are many ways to implement service discovery in a distributed system we do not expect that an agreement can be found here hence we leave it up to the implementation how to go about it. The next sections shows an example using Kafka and DNS to achieve this.

A dnpipe can be useful in a number of situations including but not limited to the following:

Dapr is a portable, event-driven, runtime for building distributed applications across cloud and edge.

Dapr is a portable, serverless, event-driven runtime that makes it easy for developers to build resilient, stateless and stateful microservices that run on the cloud and edge and embraces the diversity of languages and developer frameworks.

A distributed, proof of stake blockchain designed for the financial services industry.

Provenance Blockchain Provenance is a distributed, proof of stake blockchain designed for the financial services industry.

Lockgate is a cross-platform locking library for Go with distributed locks using Kubernetes or lockgate HTTP lock server as well as the OS file locks support.

Lockgate Lockgate is a locking library for Go. Classical interface: 2 types of locks: shared and exclusive; 2 modes of locking: blocking and non-block

A distributed system for embedding-based retrieval sealer[ˈsiːlər] provides the way for distributed application package and delivery based on kubernetes.

An implementation of a distributed access-control server that is based on Google Zanzibar - "Google's Consistent, Global Authorization System".

DOT The DOT project is a blend of operational transformation, CmRDT, persistent/immutable datastructures and reactive stream processing. This is an im

Skynet is a framework for distributed services in Go.

##Introduction Skynet is a communication protocol for building massively distributed apps in Go. It is not constrained to Go, so it will lend itself n 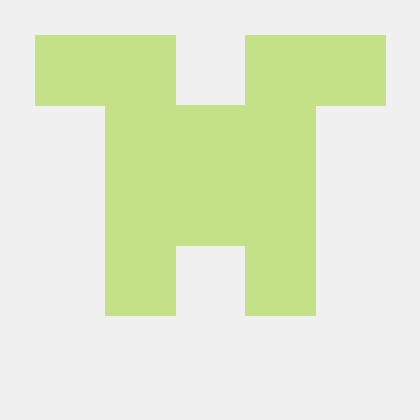