Dendrite is a second-generation Matrix homeserver written in Go!

Dendrite is a second-generation Matrix homeserver written in Go. It intends to provide an efficient, reliable and scalable alternative to Synapse:

As of October 2020, Dendrite has now entered beta which means:

This does not mean:

Currently, we expect Dendrite to function well for small (10s/100s of users) homeserver deployments as well as P2P Matrix nodes in-browser or on mobile devices. In the future, we will be able to scale up to gigantic servers (equivalent to matrix.org) via polylith mode.

If you have further questions, please take a look at our FAQ or join us in:

To build Dendrite, you will need Go 1.13 or later.

For a usable federating Dendrite deployment, you will also need:

The Federation Tester can be used to verify your deployment.

If you wish to build a fully-federating Dendrite instance, see INSTALL.md. For running in Docker, see build/docker.

The following instructions are enough to get Dendrite started as a non-federating test deployment using self-signed certificates and SQLite databases:

We use a script called Are We Synapse Yet which checks Sytest compliance rates. Sytest is a black-box homeserver test rig with around 900 tests. The script works out how many of these tests are passing on Dendrite and it updates with CI. As of November 2020 we're at around 58% CS API coverage and 83% Federation coverage, though check CI for the latest numbers. In practice, this means you can communicate locally and via federation with Synapse servers such as matrix.org reasonably well. There's a long list of features that are not implemented, notably:

We are prioritising features that will benefit single-user homeservers first (e.g Receipts, E2E) rather than features that massive deployments may be interested in (User Directory, OpenID, Guests, Admin APIs, AS API). This means Dendrite supports amongst others:

We would be grateful for any help on issues marked as Are We Synapse Yet. These issues all have related Sytests which need to pass in order for the issue to be closed. Once you've written your code, you can quickly run Sytest to ensure that the test names are now passing.

For example, if the test Local device key changes get to remote servers was marked as failing, find the test file (e.g via grep or via the CI log output it's tests/50federation/40devicelists.pl ) then to run Sytest:

See sytest.md for the full description of these flags.

You can try running sytest outside of docker for faster runs, but the dependencies can be temperamental and we recommend using docker where possible.

Sometimes Sytest is testing the wrong thing or is flakey, so it will need to be patched. Ask on #dendrite-dev:matrix.org if you think this is the case for you and we'll be happy to help.

If you're new to the project, see CONTRIBUTING.md to get up to speed then look for Good First Issues. If you're familiar with the project, look for Help Wanted issues.

Dendrite in Monolith + SQLite works in a range of environments including iOS and in-browser via WASM.

For small homeserver installations joined on ~10s rooms on matrix.org with ~100s of users in those rooms, including some encrypted rooms:

This means Dendrite should comfortably work on things like Raspberry Pis.

GOvatar GOvatar is an avatar generation library written in GO Install To install the library and command-line program, use the following: $ go get -u

Texture Generation A package for the procedural generation of textures. Based on the ideas contained in the Bryce 3D deep texture editor. More example

A Go-language library for the automatic generation of image collages.

CollageCreator is a Go-language library for the automatic generation of image collages.

picfit picfit is a reusable Go server to manipulate images (resize, thumbnail, etc.). It will act as a proxy on your storage engine and will be served

A path tracer written in Go.

pt: a golang path tracer This is a CPU-only, unidirectional path tracing engine written in Go. It has lots of features and a simple API. Features Supp

Pixelizer is an image pixelizer written in go. It allows very simple and intuitive CLI pixelization. Installation To install Pixelizer, you

Gorched Gorched is terminal based game written in Go inspired by "The Mother of all games" Scorched Earth. How the game looks like depends on your ter

?? Worldwide 日本語のドキュメントはこちら GameBoyColor emulator written in golang. This emulator can play almost all ROMs work without problems and has many feature

go-quake2 Quake 2 Map Renderer written in Go and OpenGL. Features Loads any BSP file from Quake 2 Free roam around the environment Renders only a smal

A captcha library written in golang

A simple API written in Go that creates badges in SVG format, based on the requested route.

A simple API written in Go that creates badges in SVG format, based on the requested route. Those graphics can be used to style README.md files, or to add tags to webpages.

ColorX is a library to determine the most prominent color in an image. ColorX doesn't use any sort of complex algorithms to calculate the prominent color, it simply loops over the image pixels and returns the color that occurs the most.

A simulation to see what's the result of competion among normal people、rich-second generation and hard-working people. 假设： 一个社会集体中有部分富二代，部分努力的人，多数是普通人

GoLite Project - Go Huskies! This is a project conducted and led in the course MPCS 51300 Compilers at the University of Chicago. In a group of two, w 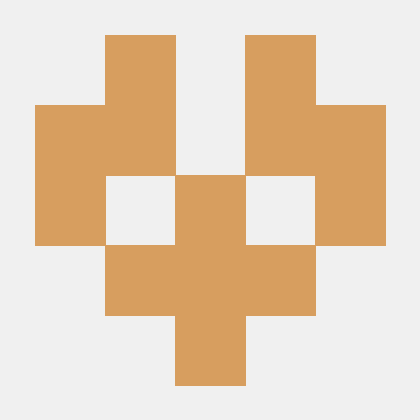 DevTodo2 DevTodo2 is a command-line task management utility. Tasks are hierarchically organised, have priorities, and track creation and completion ti

Golang port of simdjson: parsing gigabytes of JSON per second

This is a Golang port of simdjson, a high performance JSON parser developed by Daniel Lemire and Geoff Langdale. It makes extensive use of SIMD instructions to achieve parsing performance of gigabytes of JSON per second.

There are 1,000,000 uatoms in an atom, a fact which I frequently forget and/or second-guess.

There are 1,000,000 uatoms in an atom, a fact which I frequently forget and/or second-guess. This repo contains a lot of programming to save myself a little bit of remembering. 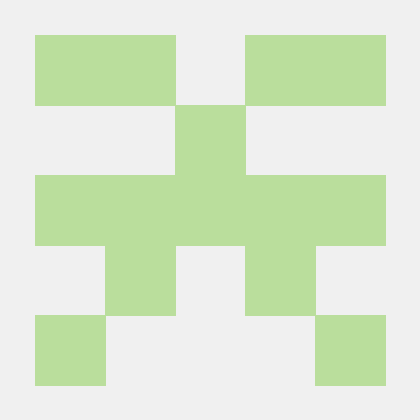