Logur is an opinionated collection of logging best practices

Logur is an opinionated collection of logging best practices.

Logur is an opinionated logging library targeted at producing (application) logs. It does not try to solve every problem around logging, only a few considered important by the developers, thus it's highly opinionated.

The main focus of the library:

Logur does not care about log output, you can use whatever library/formatting/forwarder you want (ie. use an existing logging library with one of the adapters).

Despite the opinionated nature, Logur encourages you to create custom logging interfaces for your needs and only use Logur as an integration layer/tool. Use the features you need/want and just omit the rest.

As mentioned above, Logur aims to cover only 95% of the use cases, so Logur might not be for you. Read on for more details.

Logur uses Go Modules introduced in Go 1.11, so the recommended way is using go get:

An opinionated library should come with some best practices for usage and so does this one.

TL;DR: See example usage and best practices in github.com/sagikazarmark/modern-go-application. Also, check out the example package in this repository.

In a lucky scenario all Logur loggers are compatible with the above interface, so you can just use them in your code:

In case you need to populate the logger with some common context, the interface becomes a bit more complicated:

As you can see MyLogger holds a reference to itself, which makes it incompatible with the Logur implementations. The solution in this case is implementing a custom adapter:

Now you can easily use Logur provided loggers inside your code:

Wrap helper functions with custom ones

In many cases it is unavoidable to maintain a simple integration layer between third-party libraries and your application. Logur is no exception. In the previous section you saw how the main interface works with adapters, but that's not all Logur provides. It comes with a set of other tools (eg. a standard library logger compatible io.Writer) to make logging easier. It might be tempting to just use them in your application, but writing an integration layer is recommended, even around functions.

Why not just X logger?

To be honest: mostly because I don't care. Logging libraries proliferated in the Go ecosystem in the past few years. Each tries to convince you it's the most performant or the easiest to use. But the fact is your application doesn't care which you use. In fact, it's happier if it doesn't know anything about it at all. Logging libraries (just like every third-party library) are external dependencies. If you wire them into your application, it will be tied to the chosen libraries forever. That's why using a custom interface is a highly recommended practice.

You can easily create an interface like this and implement an adapter for the logging library of your choice without wiring it into your application which makes the actual library a less important detail.

Why not Go kit logger?

Go-kit deserves it's own entry because for quite some time I was really fond of the its logger interface and it was the closest thing to become an official Go logging solution. I still think it is great, because the interface is very simple, yet it's incredibly powerful. But this simplicity is why I ultimately stopped using it as my primary logger (or I should say: stopped knowing that I actually use it).

Just a short recap of the interface itself:

It's really simple and easy to use in any application. Following Go's guidelines of using interfaces, one can easily copy this interface and just use it to decouple the code from Go kit itself.

The problem with this interface appears when you try to do "advanced stuff" (like structured logging or adding a level to a log event):

As you can see doing any kind of structured or leveled logging requires to import Go kit packages after all, which takes us back to Why not just X logger?.

In short: Using Go kit directly - no matter how awesome its interface is - suffers from the same problem as using any other logging library.

One could implement all those functions for a custom interface based on Go kit, but it probably isn't worth the hassle. Defining a more verbose, custom interface is a lot easier to work with. That being said, Go kit logger can very well serve as a perfect base for an implementation of that interface.

The proposal linked above contains many examples why the authors ended up with an interface like this. Go check it out, you might just have the same use cases which could make the Go kit interface a better fit than the one in this library.

There is an increasing tendency of logging libraries implementing the following interface:

The arguments behind this interface are being simple and convenient, not as verbose as a map of fields. There are also usual arguments against the alternative solutions, (eg. a map[string]interface{} endorsed by this library) like not being able to order fields, being forced to import a concrete type, like logur.Fields or (quite often) performance questions.

Ultimately, this is not completely independent from personal taste, so one will always prefer one or the other. (You can read more in the above linked Go kit proposal).

Let's take a look at these arguments one by one:

This is something that's hard to argue with, but also a little bit subjective. Here is a comparison of a single line context logging:

Obviously the second one is more verbose, takes a bit more efforts to write, but it is rather a question of habits.

Let's take a look at a multiline example as well:

The difference is less visible in this case and harder to argue that one is better than the other.

Also, defining a custom type is relatively easy which makes the difference even smaller:

This is one of the less known arguments against maps in the context of logging, you can read about it in the Go kit proposal.

Since maps are unordered in Go, fields added to a log line might not always look like the same on the output. Variadic (slice) arguments do not suffer from this issue. However, most implementations convert slices internally to maps, so if ordering matters, most logging libraries won't work anyway.

Also, this library is not a one size fits all proposal and doesn't try to solve 100% of the problems (unlike the official logger proposal), but rather aim for the most common use cases which doesn't include ordering of fields.

Comparing the performance of different solutions is not easy and depends heavily on the interface.

For example, Uber's Zap comes with a rich interface (thus requires you to couple your code to Zap), but also promises zero-allocation in certain scenarios, making it an extremely fast logging library. If being very fast is a requirement for you, even at the expense tight coupling, then Zap is a great choice.

The performance debate these days is often between two approaches:

Specifically, how the provided context can be merged with an existing, internal context of the logger. Admittedly, appending to a slice is much cheaper than merging a map, so if performance is crucial, using an interface with variadic slices will always be slightly faster. But that difference in performance is negligible in most of the cases, so you won't even notice it, unless you start logging with hundreds of structured context fields (which will have other problems anyway).

There is a problem with Logur adapters though: since the interface uses maps for structured context, libraries like Zap that use variadic slices does not perform too well because of the map -> slice conversion. In most of the cases this should still be acceptable, but you should be aware of this fact when choosing an adapter.

Partly because of this, I plan to add a KVLogger interface that uses variadic slices for structured context. Obviously, map based libraries will suffer from the same performance penalty, but then the choice of the interface will be up to the developer.

Comparing the slice and the map solution, there are also some arguments against using a variadic slice:

The variadic slice interface implementation has to deal with the case when an odd number of arguments are passed to the function. While the Go kit proposal argues that this is extremely hard mistake to make, the risk is still there that the logs will lack some information.

In order to display the context as key-value pairs the logging implementations has to convert the key parameters to string in most of the cases (while the value parameter can be handled by the marshaling protocol). This adds an extra step to outputting the logs (an extra loop going through all the parameters). While there is no scientific evidence proving one to be slower than the other (yet), it seems to be an unnecessary complication at first.

Why no *f (format) functions?

A previous version of this interface contained a set of functions that allowed messages to be formatted with arguments:

The reason why they were originally included in the interface is that most logging libraries implement these methods, but experience showed that they are not used frequently. Also, nowadays structured logging is a better practice than formatting log messages with structured data, thus these methods were removed from the core interface.

Why no *ln functions?

Another common group of logging functions originally included in the interface is *ln function group:

Usually separate log events are represented on separate lines anyway, so the added value is not newlines in this case, but the different semantics between fmt.Print and fmt.Println. See this example illustrating the difference.

Common logging libraries include these functions, but experience showed they are not used frequently, so they got removed.

This package is heavily inspired by a set of logging libraries:

Logrus Logrus is a structured logger for Go (golang), completely API compatible with the standard library logger. Logrus is in maintenance-mode. We wi

Logrus is a structured, pluggable logging for Go.

Logrus is a structured logger for Go (golang), completely API compatible with the standard library logger.

A simple logging interface for Go

A more minimal logging API for Go Before you consider this package, please read this blog post by the inimitable Dave Cheney. I really appreciate what 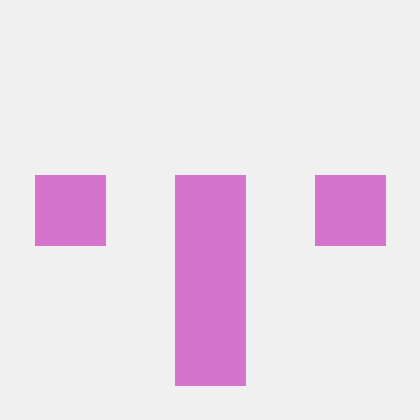 What is distillog? distillog aims to offer a minimalistic logging interface that also supports log levels. It takes the stdlib API and only slightly e

A minimal and extensible structured logger