Local Storage is one of HwameiStor components. It will provision the local LVM volume.

Local Storage is one of modules of HwameiStor which is a cloud native local storage system. it aims to provision high performance persistent LVM volume with local access to applications.

This Roadmap provides information about local-storage releases, as well as feature tracking.

For the non-HA local LVM volume, it's the best data persistent solution for the following use cases:

For the HA local LVM volume, it's the best data persistent solution for the following use cases:

Local Storage must work with Local Disk Manager module. It's suggested to install by helm-charts

Developer can start using local-storage With independent-installation， This is for developing or test, and will deploy local-storage from github repo. Please install the Local Disk Manager firstly.

Please submit any feedback and issue at: Issues

Automated-gke-cilium-networkpolicy-demo - Quickly provision and tear down a GKE cluster with Cilium enabled for working with Network Policy.

Automated GKE Network Policy Demo Before running the automation, make sure you have the correct variables in env-automation/group_vars/all.yaml. There

SPIFFE CSI Driver WARNING: This project is in the "Development" phase of the SPIFFE Project Maturity Phases. A Container Storage Interface driver for

Overview Thanos is a set of components that can be composed into a highly available metric system with unlimited storage capacity, which can be added

Small monitor of pulseaudio volume etc. for use in xmobar, as CommandReader input 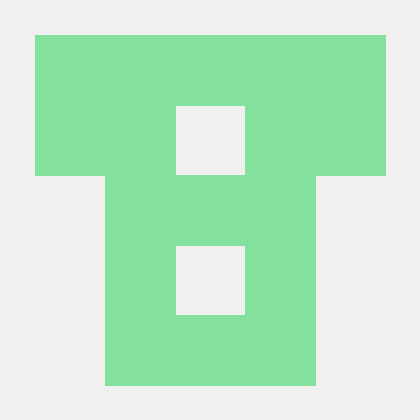 An high performance and ops-free local storage solution for Kubernetes.

Carina: an high performance and ops-free local storage for kubernetes

💻 A one-line installer for GitHub projects!

instl Instl is an installer that can install most GitHub projects on your system with a single command. Installation | Documentation | Contributing In

The server-side reproduction, similar the one of https://popcat.click, improve the performance and speed.

PopCat Echo The server-side reproduction, similar the one of https://popcat.click, improve the performance and speed. Docker Image The docker image is