Mewn is perhaps the easiest way to embed assets in a Go program. Here is an example:

Import mewn at the top of your file github.com/leaanthony/mewn then use the simple API to load assets:

To bundle a whole directory, simply declare a group like this:

From this point you can use the same methods above, but on the group:

Groups also have the following method:

The mewn command does 3 things:

For the build and pack subcommands, any other cli parameters will be passed on to go build.

This project was built for simple embedding of assets and as such, there are a number of things to consider when choosing whether or not to use it.

Bug reports are very welcome! Almost as much as PRs to fix them!

What does 'Mewn' mean?

Mewn (MEH-OON as fast as you can say it, not meee-oon) is the Welsh word for "in".

Why go for a crazy Welsh name?

Well, it stands out as a project name (practically zero name clashes) and is one of the oldest and coolest languages in Europe (which I'm lucky enough to speak). JRR Tolkien was obsessed with Welsh. So much so, he based the Middle Earth Elvish language "Sindarin" on it and there's strong evidence he based LOTR on Welsh mythology. It's also associated with Red Dragons, weirdly loved by the Bundesliga football team FC Schalke and it's on Duolingo, so why not give it a go .

Heavy inspiration was drawn from packr by the awesome Mark Bates. The scope of what I needed was far narrower than the packr project, thus Mewn was born. If Mewn doesn't fulfil your needs, it's likely that packr will. 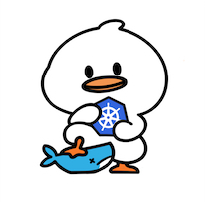 CDK is an open-sourced container penetration toolkit, offering stable exploitation in different slimmed containers without any OS dependency. It comes with penetration tools and many powerful PoCs/EXPs helps you to escape container and takeover K8s cluster easily.

Scheduler - Scheduler package is a zero-dependency scheduling library for Go

wazero: the zero dependency WebAssembly runtime for Go developers WebAssembly is a way to safely run code compiled in other languages. Runtimes execut

Dependency-free replacement for GNU parallel, perfect fit for usage in an initramfs.

coshell v0.2.5 A no-frills dependency-free replacement for GNU parallel, perfect for initramfs usage. Licensed under GNU/GPL v2. How it works An sh -c godepgraph godepgraph is a program for generating a dependency graph of Go packages. Install go get github.com/kisielk/godepgraph Use For basic usage

Alice Alice is an additive dependency injection container for Golang. Philosophy Design philosophy behind Alice: The application components should not

A reflection based dependency injection toolkit for Go.

⚒️ dig A reflection based dependency injection toolkit for Go. Good for: Powering an application framework, e.g. Fx. Resolving the object graph during

A dependency injection based application framework for Go.

🦄 Fx An application framework for Go that: Makes dependency injection easy. Eliminates the need for global state and func init(). Installation We rec

A simple file embedder for Go

esc esc embeds files into go programs and provides http.FileSystem interfaces to them. It adds all named files or files recursively under named direct

Go Flutter desktop embedder ⚠️ Warning: this project has been moved to its own organization. Please take a look at its new location: github.com/go-flu

staticfiles is an asset manager for a web applications written in Go.

Overview staticfiles is an asset manager for a web applications written in Go. It collects asset files (CSS, JS, images, etc.) from a different locati 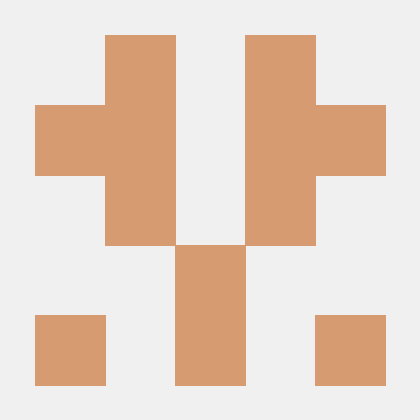 ZKits Logger Library About This package is a library of ZKits project. This is a zero-dependency standard JSON log library that supports structured JS

Machine is a zero dependency library for highly concurrent Go applications. It is inspired by errgroup.Group with extra bells & whistles