A lagoon is a shallow stretch of water separated from the sea by a reef or sandbank. Lagoon can be used to mirror package repositories or parts of these repositories from the internet hence the name Lagoon.

When running Linux servers in an enterprise environment it is useful to have all servers running the same versions of software. In order to accomplish this, package repositories must be frozen at a certain point in time because normal (public) repositories are constantly updated and 'on the move'.

Lagoon can be used to set up a local mirror for upstream OS package repositories and makes it possible to capture certain points in time or so called snapshots. It also provides the latest snapshot or version of the upstream repository. Lagoon is only capable of providing very basic functionality and is not a replacement for Red Hat's Satellite, Foreman's Katello or Pulp.

Lagoon can be run as a standalone golang binary or from a Docker container. A Docker Compose file is included for reference.

Run Lagoon from a Docker container:

The following dependencies are needed for running Lagoon:

Lagoon can also take care of automatically freeing up diskspace by removing snapshots which aren't used anymore. This can be configured by telling Lagoon how much snapshots it has to keep for a certain repository.

Lagoon can be monitored with Prometheus and exposes its metrics on port 9000 at /metrics. In addition to the standard golang metrics the following Lagoon specific metrics are exposed:

We will use Docker as a build environment so local installation of build tools is not required. Execute the commands from the root of the project.

You can either run a Docker container from the image or use the following command to extract the lagoon binary to run it separately:

The preferred method for developing Lagoon is using VSCode with the 'Remote - Containers' extension ms-vscode-remote.remote-containers. A .devcontainer context is included with the project in order to open it in a remote container and get your development environment up-and-running quickly.

dgbrx Dgraph Backup and Restore X dgbrx is a Go commandline tool which helps to do a backup, restore or clean on a Dgraph Cloud (aka slash / managed)

Defalyzer: A cross-platform software that focuses on defacement analyzing and mirror tracking

A Go library for the Linux Landlock sandboxing feature

Sysctl.conf and other system tunings for Linux

PATCHFILES I came to the idea to create patchfiles, when I saw lots of config files people create. Patchfiles implements various config scripts into o 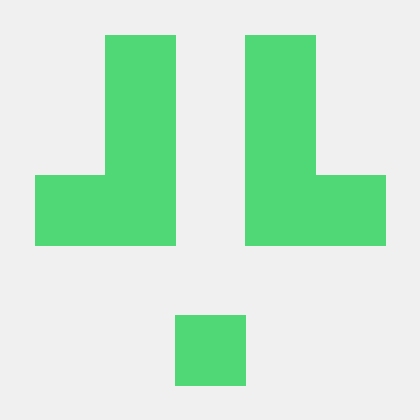 A Rancher and Kubernetes optimized immutable Linux distribution based on openSUSE

RancherOS v2 is an immutable Linux distribution built to run Rancher and it's corresponding Kubernetes distributions RKE2 and k3s. It is built using the cOS-toolkit and based on openSUSE

CI/CD Demo This is the demo repo for my blog post. This tutorial shows how to build CI/CD pipeline with DroneCI and ArgoCD. In this demo, we use Drone

go-policy-template This is a template repository that can be used to to quickly scaffold a Kubewarden policy written with Go language. Don't forget to

Synchronise a directory's contents with a git repository.

git-volume-reloader Synchronise a directory's contents with a git repository. Synchronisation is triggered by a webhook sent by the git service provid