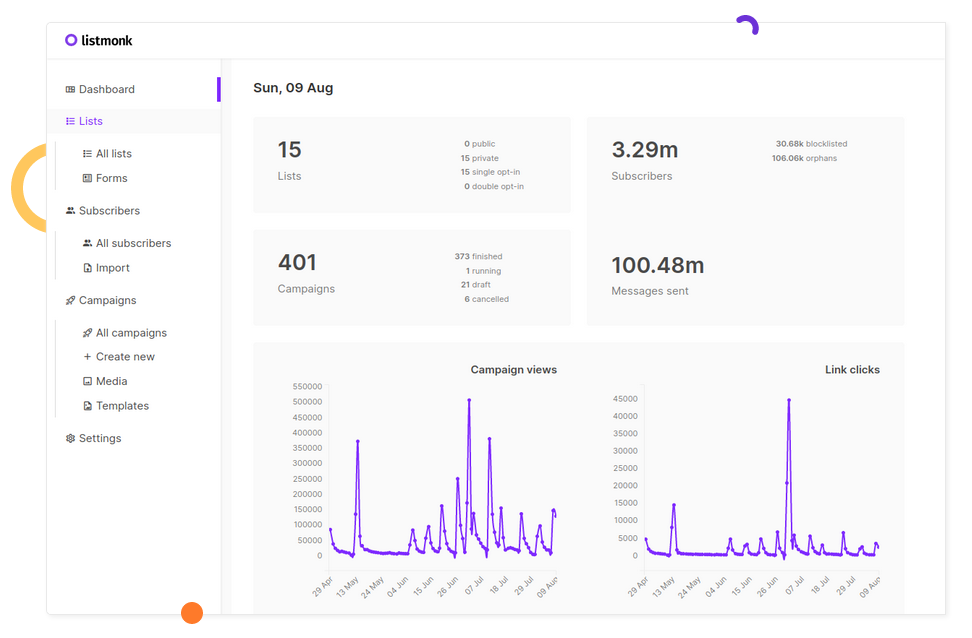 The latest image is available on DockerHub at listmonk/listmonk:latest. Use the sample docker-compose.yml to run listmonk and Postgres DB with docker-compose as follows:

The demo does not persist Postgres after the containers are removed. DO NOT use this demo setup in production.

Using the Nginx buildpack can be used to deploy listmonk on Heroku and use Nginx as a proxy to setup basicauth. This one-click Heroku deploy button provides an automated default deployment.

listmonk is a free and open source software licensed under AGPLv3. If you are interested in contributing, refer to the developer setup. The backend is written in Go and the frontend is Vue with Buefy for UI.