This is a pure Go implementation of the API's available in NaCL: https://nacl.cr.yp.to. Compared with the implementation in golang.org/x/crypto/nacl, this library offers all of the API's present in NaCL, better compatibility with NaCL implementations written in other languages, as well as some utilities for generating and loading keys and nonces, and encrypting messages.

The goal is to both show how to implement the NaCL functions in pure Go, and to provide interoperability between messages encrypted/hashed/authenticated in other languages, and available in Go.

Among other benefits, NaCL is designed to be misuse resistant and standardizes on the use of 32 byte keys and 24 byte nonces everywhere. Several helpers are present for generating keys/nonces and loading them from configuration, as well as for encrypting messages. You can generate a key by running openssl rand -hex 32 and use the helpers in your program like so:

The package names match the primitives available in NaCL, with the crypto_ prefix removed. Some function names have been changed to match the Go conventions.

Or you can Git clone the code directly to $GOPATH/src/github.com/kevinburke/nacl.

While you probably shouldn't trust random security code from the Internet, I'm reasonably confident that this code is secure. I did not implement any of the hard math (poly1305, XSalsa20, curve25519) myself - I call into golang.org/x/crypto for all of those functions. I also ported over every test I could find from the C/C++ code, and associated RFC's, and ensured that these libraries passed those tests.

I'm a contributor to the Go Standard Library and associated tools, and I've also been paid to do security consulting for startups, and found security problems in consumer sites.

Formerly engineering at Twilio and Shyp. Now doing consulting, possibly for you. Get in touch!

Tool for monitoring your Ethereum clients. Client-agnostic as it queries the standardized JSON-RPC APIs

e7mon Tool for monitoring your Ethereum clients. Client-agnostic as it queries the standardized JSON-RPC APIs. However, the execution client should be

Practicing network programming using Go. These are some fundamental APIs

gokrb5 It is recommended to use the latest version: Development will be focused on the latest major version. New features will only be targeted at thi

An implementation of JOSE standards (JWE, JWS, JWT) in Go

Go JOSE Package jose aims to provide an implementation of the Javascript Object Signing and Encryption set of standards. This includes support for JSO 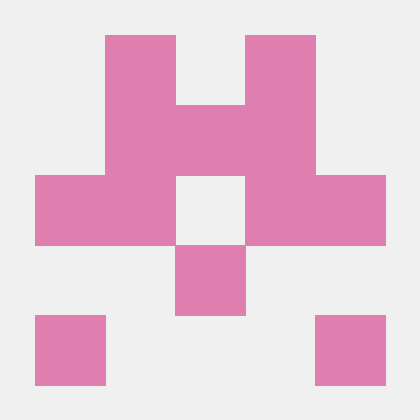