It is recommended to use the latest version:

Development will be focused on the latest major version. New features will only be targeted at this version.

If you are interested in contributing to gokrb5, great! Please read the contribution guidelines.

Thank you for your interest in contributing to gokrb5 please read the contribution guide as it should help you get started.

e7mon Tool for monitoring your Ethereum clients. Client-agnostic as it queries the standardized JSON-RPC APIs. Requires the following APIs to be expos

NO DRM IMPLEMENTATION HERE! ONLY ABSTRAT INTERFACE! What It's a generalized interface for different types of CDM for WEBDL use. A remote CDM JSON-RPC 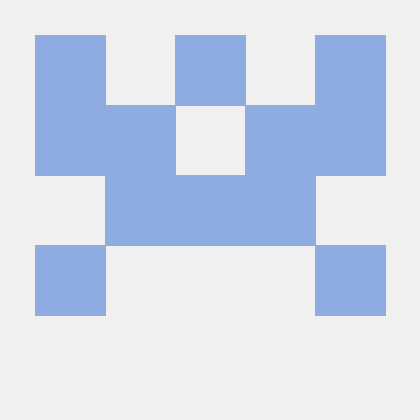 sslcert This library generate a new tlsconfig usable within go standard library configured with a self-signed certificate generated on the fly. Exampl

Ethermint is a scalable and interoperable Ethereum library, built on Proof-of-Stake with fast-finality using the Cosmos SDK.

Ethermint Ethermint is a scalable and interoperable Ethereum library, built on Proof-of-Stake with fast-finality using the Cosmos SDK which runs on to

Important note: Keyczar is deprecated. The Keyczar developers recommend Tink. This is a port of Google's Keyczar library to Go. Copyright (c) 2011 Dam

Obtains certificates automatically, and manages renewal and hot reload for your Golang application. It uses the LEGO Library to perform ACME challenges, and the mkcert utility to generate self-signed trusted certificates for local development.

A Go library to create hashes with a builtin expiration

ExpiringLink This is a simple library for creating unique strings that have a built in expiration. The target use case is web links for password reset