Git LFS is a command line extension and specification for managing large files with Git.

The client is written in Go, with pre-compiled binaries available for Mac, Windows, Linux, and FreeBSD. Check out the website for an overview of features.

You can install the Git LFS client in several different ways, depending on your setup and preferences.

Note that Debian and RPM packages are built for all OSes for amd64 and i386. For arm64, only Debian packages for the latest Debian release are built due to the cost of building in emulation.

The binary packages include a script which will:

Releases are signed with the OpenPGP key of one of the core team members. To get these keys, you can run the following command, which will print them to standard output:

Once you have the keys, you can download the sha256sums.asc file and verify the file you want like so:

(Where *.psd is the pattern of filenames that you wish to track. You can read more about this pattern syntax here).

Note: the quotation marks surrounding the pattern are important to prevent the glob pattern from being expanded by the shell.

After any invocation of git-lfs-track(1) or git-lfs-untrack(1), you must commit changes to your .gitattributes file. This can be done by running:

You can now interact with your Git repository as usual, and Git LFS will take care of managing your large files. For example, changing a file named my.psd (tracked above via *.psd):

Tip: if you have large files already in your repository's history, git lfs track will not track them retroactively. To migrate existing large files in your history to use Git LFS, use git lfs migrate. For example:

You can confirm that Git LFS is managing your PSD file:

Once you've made your commits, push your files to the Git remote:

If you've decided that Git LFS isn't right for you, you can convert your repository back to a plain Git repository with git lfs migrate as well. For example:

Note that this will rewrite history and change all of the Git object IDs in your repository, just like the import version of this command.

If there's some reason that things aren't working out for you, please let us know in an issue, and we'll definitely try to help or get it fixed.

Git LFS maintains a list of currently known limitations, which you can find and edit here.

Git LFS source code utilizes Go modules in its build system, and therefore this project contains a go.mod file with a defined Go module path. However, we do not maintain a stable Go language API or ABI, as Git LFS is intended to be used solely as a compiled binary utility. Please do not import the git-lfs module into other Go code and do not rely on it as a source code dependency.

You can get help on specific commands directly:

The official documentation has command references and specifications for the tool. There's also a FAQ on the wiki which answers some common questions.

If you have a question on how to use Git LFS, aren't sure about something, or are looking for input from others on tips about best practices or use cases, feel free to start a discussion.

You can always open an issue, and one of the Core Team members will respond to you. Please be sure to include:

See CONTRIBUTING.md for info on working on Git LFS and sending patches. Related projects are listed on the Implementations wiki page.

See also SECURITY.md for info on how to submit reports of security vulnerabilities.

These are the humans that form the Git LFS core team, which runs the project.

These are the humans that have in the past formed the Git LFS core team, or have otherwise contributed a significant amount to the project. Git LFS would not be possible without them.

go-systemd Go bindings to systemd. The project has several packages: activation - for writing and using socket activation from Go daemon - for notifyi

lls is lightweight ls. Using lls, you can get a list of files in a directory that contains a large number of files.

lls lls is lightweight ls. Using lls, you can get a list of files in a directory that contains a large number of files. How? You allocate a buffer for

A CLI which automates semver versioning.

Semverbot A CLI which automates semver versioning based on git information. Why Semverbot? There are several reasons why you should consider using sbo

A boilerplate for Go fiber versioning

modver - a Go package and command that helps you obey semantic versioning rules in your Go module.

Modver This is modver, a Go package and command that helps you obey semantic versioning rules in your Go module. It can read and compare two different 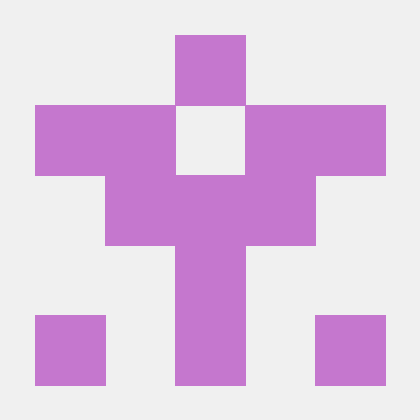 Got: Simple golang package and CLI tool to download large files faster 🏃 than cURL and Wget!

DAG store This README will be populated soon. In the meantime, please refer to the design document.

go-media-organizer Command-line tool written in Go to organise all media files in a directory recursively by date, detecting duplicates.

ArtiVC ArtiVC (Artifacts Version Control) is a handy command-line tool for data versioning on cloud storage. With only one command, it helps you neatl