CloudRetro provides an open-source cloud gaming platform for retro games. It started as an experiment for testing cloud gaming performance with WebRTC and libretro, and now it aims to deliver the most modern and convenient gaming experience through the technology.

Theoretically, in cloud gaming, games are run on remote servers and media are streamed to the player optimally to ensure the most comfortable user interaction. It opens the ability to play any retro games on web-browser directly, which are fully compatible with multi-platform like Desktop, Android, .

Try the service at

*In ideal network condition and less resource contention on servers, the game will run smoothly as in the video demo. Because I only hosted the platform on limited servers in US East, US West, Eu, Singapore, you may experience some latency issues + connection problem. You can try hosting the service following the instruction the next section to have a better sense of performance.

Install Golang https://golang.org/doc/install . Because the project uses GoModule, so it requires Go1.11 version.

Additionally, you may install and configure an X Server display in order to be able to run OpenGL cores. See the docker-compose.yml file for Xvfb example config.

Use makefile script: make dev.run-docker or Docker Compose directly: docker-compose up --build (CLOUD_GAME_GAMES_PATH is env variable for games on your host). It will spawn a docker environment and you can access the service on localhost:8000.

The configuration parameters are stored in the configs/config.yaml file which is shared for all application instances on the same host system. It is possible to specify individual configuration files for each instance as well as override some parameters, for that purpose, please refer to the list of command-line options of the apps.

By clicking these deep link, you can join the game directly and play it together with other people.

And you can host the new game by yourself by accessing cloudretro.io and click "share" button to generate a deeplink to your current game. We are very much thankful to everyone who contributes to the project:

Gameboy.Live ??️ Gameboy.Live is a Gameboy emulator written in go for learning purposes. You can simply play Gameboy games on your desktop: Or, "Cloud

The GoLang Fantasy Engine (GoLF Engine) is a retro game engine. It draws inspiration from fantasy console projects like pico-8, tic-80, and pyxle. Like those projects it is designed to be a retro-feeling game creation/playing tool. Unlike those projects GoLF is more minimal in scope and only provides an API and a small set of tools to help you create your games. Tools like an image editor and code editor are not built in. Despite this minimalism creating games in GoLF is still easy and should still maintain the retro game feel.

This is a "simple" game server. Main functionalities are matching and establishing a connection between players

Game Server This is a "simple" game server. Main functionalities are matching and establishing a connection between players How to Run? run the server 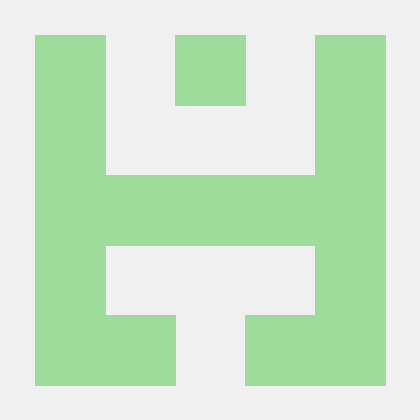 Snake game made in Go! 🐍

Snake This is a Terminal based snake game made by tristangoossens. Please star this repository to help my first big project grow! Documentation can be

♛♔ Play chess against UCI engines in your terminal.

Terminal-based game engine for Go, built on top of Termbox

Termloop Termloop is a pure Go game engine for the terminal, built on top of the excellent Termbox. It provides a simple render loop for building game

Engo is an open-source 2D game engine written in Go.

Engo A cross-platform game engine written in Go following an interpretation of the Entity Component System paradigm. Engo is currently compilable for

Agones is a library for hosting, running and scaling dedicated game servers on Kubernetes. Agones, is derived from the Greek word agōn which roughly t