A probably paranoid Golang utility library for securely hashing and encrypting passwords based on the Dropbox method. This implementation uses Blake2b, Scrypt and XSalsa20-Poly1305 (via NaCl SecretBox) to create secure password hashes that are also encrypted using a master passphrase.

This is a Golang library for securing passwords it is based on the Dropbox method for password storage. The both passphrases are first hashed with Blake2b-512 then a random 64-bit salt is generated and a secure hash is generated using Scrypt with the user specified parameters. The salt is appended to resulting 56 byte hash for a total of 64 bytes. The masterpassphrase Scrypt output, which Dropbox describes as a global pepper, is then hashed with Blake2b-256 and is used as a key along with a 192-bit random nonce value for the user passphrase Scrypt output along with Scrypt salt to be encrypted using NaCl Secretbox. NaCl Secretbox uses XSalsa20 and Poly1305 to encrypt and authenticate data.

All hashing and crypto is done by Go library packages. This is only a utility library to make the process described easier.

The primary changes from the Dropbox method are the use of Blake2b as both a password stretching and hashing method rather than SHA. This provides predictable and acceptable length input for both Scrypt and NaCl Secretbox rather than relying on users to provide sufficient length input. The other changes is the use of NaCl Secretbox using XSalsa20 for encryption and Poly1305 for authentication rather than AES-GCM.

Using this method, even if the user credential database were to be compromised the attacker would first need to break the Secretbox encryption before being able to then attempt to crack the Scrypt passphrase hashes which would still only reveal the Blake2b-512 hash of the passphrase. By tuning the Scrypt parameters you can make the password hash derivation more costly (more time and resource consuming). You will need to balance security and speed.

As of writing, secure recommendations for interactive logins are N=32768, r=8 and p=1. The parameters N, r, and p should be increased as memory latency and CPU parallelism increases; consider setting N to the highest power of 2 you can derive within an acceptable period of time. Because these parameters are combined to be stored with the output you should have no issue changing the settings without forcing users to update. There is also a version tag included to allow for future library updates without causing breaking changes for existing users.

The params are used for both the user passphrase and master passphrase hash, keep in mind that any settings is being done twice as thus Scrypt hashing params have twice the impact. I have considered creating an updated version where master or user passphrase hash is computed using a different algorithm or with different parameters to increase speed. This would not be a breaking change since there is a version included in all hash outputs.

argon2-hashing argon2-hashing provides a light wrapper around Go's argon2 package. Argon2 was the winner of the Password Hashing Competition that make

Implementation of io/fs.FS that appends SHA256 hashes to filenames to allow for aggressive HTTP caching.

hashfs Implementation of io/fs.FS that appends SHA256 hashes to filenames to allow for aggressive HTTP caching.

go-srp NOTE: This is a port of node-srp to Go. I recommend reading their README for general information about the use of SRP. Installation go get gith 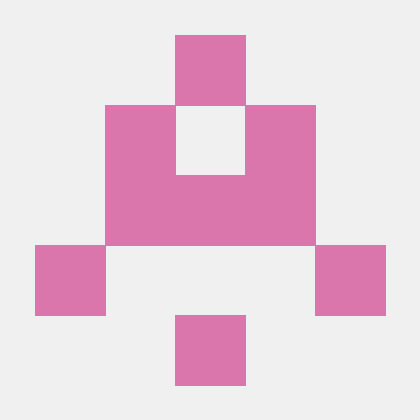 One Time Passwords (OTPs) are an mechanism to improve security over passwords alone.

A Go Library For Generating Random, Rule Based Passwords. Many Random, Much Secure.

linenoise is a library that generates strings of random characters that can be used as reasonably secure passwords.

Program brute forcing the passphrase of a private key

Description This project provide a program brute forcing the passphrase of a private key (EC/RSA). ℹ️ This project was created to allow me to learn th

An API for hashing password in PostgreSQL with Golang