The motivation to build Ristretto comes from the need for a contention-free cache in Dgraph.

Use Discuss Issues for reporting issues about this repository.

Ristretto is usable but still under active development. We expect it to be production ready in the near future.

The Config struct is passed to NewCache when creating Ristretto instances (see the example above).

NumCounters is the number of 4-bit access counters to keep for admission and eviction. We've seen good performance in setting this to 10x the number of items you expect to keep in the cache when full.

For example, if you expect each item to have a cost of 1 and MaxCost is 100, set NumCounters to 1,000. Or, if you use variable cost values but expect the cache to hold around 10,000 items when full, set NumCounters to 100,000. The important thing is the number of unique items in the full cache, not necessarily the MaxCost value.

MaxCost is how eviction decisions are made. For example, if MaxCost is 100 and a new item with a cost of 1 increases total cache cost to 101, 1 item will be evicted.

MaxCost could be anything as long as it matches how you're using the cost values when calling Set.

BufferItems is the size of the Get buffers. The best value we've found for this is 64.

If for some reason you see Get performance decreasing with lots of contention (you shouldn't), try increasing this value in increments of 64. This is a fine-tuning mechanism and you probably won't have to touch this.

Metrics is true when you want real-time logging of a variety of stats. The reason this is a Config flag is because there's a 10% throughput performance overhead.

OnEvict is called for every eviction.

KeyToHash is the hashing algorithm used for every key. If this is nil, Ristretto has a variety of defaults depending on the underlying interface type.

Note that if you want 128bit hashes you should use the full [2]uint64, otherwise just fill the uint64 at the 0 position and it will behave like any 64bit hash.

Cost is an optional function you can pass to the Config in order to evaluate item cost at runtime, and only for the Set calls that aren't dropped (this is useful if calculating item cost is particularly expensive and you don't want to waste time on items that will be dropped anyways).

To signal to Ristretto that you'd like to use this Cost function:

The benchmarks can be found in https://github.com/dgraph-io/benchmarks/tree/master/cachebench/ristretto.

This trace is described as "disk read accesses initiated by a large commercial search engine in response to various web search requests."

This trace is described as "a database server running at a commercial site running an ERP application on top of a commercial database."

This trace is described as "references to a CODASYL database for a one hour period."

How are you achieving this performance? What shortcuts are you taking?

We go into detail in the Ristretto blog post, but in short: our throughput performance can be attributed to a mix of batching and eventual consistency. Our hit ratio performance is mostly due to an excellent admission policy and SampledLFU eviction policy.

As for "shortcuts," the only thing Ristretto does that could be construed as one is dropping some Set calls. That means a Set call for a new item (updates are guaranteed) isn't guaranteed to make it into the cache. The new item could be dropped at two points: when passing through the Set buffer or when passing through the admission policy. However, this doesn't affect hit ratios much at all as we expect the most popular items to be Set multiple times and eventually make it in the cache.

No, it's just like any other Go library that you can import into your project and use in a single process.

The Only Native GraphQL Database With A Graph Backend.

Ristretto Ristretto is a fast, concurrent cache library built with a focus on pe

A high performance gin middleware to cache http response. Compared to gin-contrib/cache, It has a huge performance improvement. 高性能gin缓存中间件，相比于官方版本，有明显性能提升。

A high performance gin middleware to cache http response. Compared to gin-contrib/cache. It has a huge performance improvement.

Package cache is a middleware that provides the cache management for Flamego.

cache Package cache is a middleware that provides the cache management for Flamego. Installation The minimum requirement of Go is 1.16. go get github.

A mem cache base on other populator cache, add following feacture 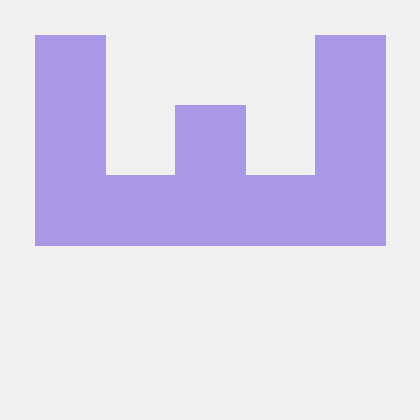 A multi-level cache library with stampede prevention for Go