🌌 A libp2p DHT crawler that gathers information about running nodes in the network.

A libp2p DHT crawler that gathers information about running nodes in the network. The crawler runs every 30 minutes by connecting to the standard DHT bootstrap nodes and then recursively following all entries in the k-buckets until all peers have been visited.

The crawler is in a working state as it's successfully visiting and following all nodes in the network. However, the project is very young and thus has its sharp edges here and there; in the codebase and documentation. Most importantly, the gathered numbers are in line with existing data like the wiberlin/ipfs-crawler. Their crawler also powers a dashboard which can be found here.

Nebula is a command line tool and provides the three sub-commands crawl, monitor and daemon. See the command line help page below for configuration options:

The crawl sub-command starts by connecting to a set of bootstrap nodes and constructing the routing tables (kademlia k-buckets) of the remote peers based on their PeerIds. Then nebula builds random PeerIds with a common prefix length (CPL) and asks each remote peer if they know any peers that are closer to the ones nebula just constructed. This will effectively yield a list of all PeerIds that a peer has in its routing table. The process repeats for all found peers until nebula does not find any new PeerIds.

Every peer that was found is persisted together with its multi-addresses. If the peer was dialable nebula will also create a session instance that contains the following information:

At the end of each crawl nebula persists general statistics about the crawl like the duration, dialable peers, encountered errors, agent versions etc...

Info: You can use the crawl sub-command with the --dry-run option that skips any database operations.

The monitor sub-command polls every 10 seconds all sessions from the database (see above) that are due to be dialed in the next 10 seconds (based on the NextDialAttempt timestamp). It attempts to dial all peers using previously saved multi-addresses and updates their session instances accordingly if they're dialable or not.

Work in progress: The daemon sub-command combines the crawl and monitor tasks in a single process. It uses application level scheduling of the crawls rather than e.g. using OS-level cron configurations.

There is no release yet.

To compile it yourself run:

Make sure the $GOPATH/bin is in your PATH variable to access the installed nebula executable.

To develop this project you need Go > 1.16 and the following tools:

To install the necessary tools you can run make tools. This will use the go install command to download and install the tools into your $GOPATH/bin directory. So make sure you have it in your $PATH environment variable.

You need a running postgres instance to persist and/or read the crawl results. Use the following command to start a local instance of postgres:

Info: You can use the crawl sub-command with the --dry-run option that skips any database operations.

The default database settings are:

To run migrations then run:

To generate the ORM with SQLBoiler run:

Feel free to dive in! Open an issue or submit PRs.

It would really make my day if you supported this project through Buy Me A Coffee.

You may be interested in one of my other projects:

This is a golang Kademlia/Bittorrent DHT library that implements BEP 5. It's typ

Implementing Data Availability Sampling (DAS) There's a lot of history to unpack here. Vitalik posted about the "Endgame": where ethereum could be hea

A Lightweight VPN Built on top of Libp2p for Truly Distributed Networks.

Hyprspace A Lightweight VPN Built on top of Libp2p for Truly Distributed Networks. demo.mp4 Table of Contents A Bit of Backstory Use Cases A Digital N

I2P Transport for go-libp2p This library can be used to build go-libp2p applications using the i2p network. Look at transport_test.go for example usag

P2P Forwarder A tool for farwarding ports. Made using libp2p. How it works A: opens desired ports ports inside P2P Forwarder A: shares it's id from P2

Libp2p chat with discovery and pubsub 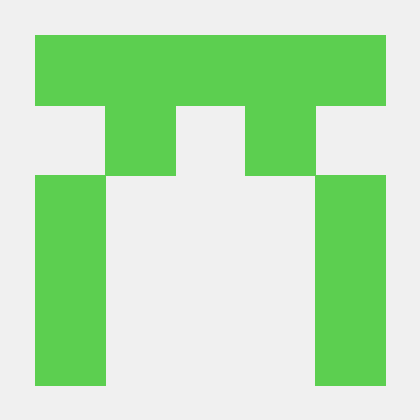