An easy-to-use OCR and Japanese to English translation tool

An easy-to-use application for translating text in images from Japanese to English.

The GUI was created using Gio. Gio supports a variety of platforms, including browsers, but this application was designed to be used as a desktop application only.

Note: This application should work on Windows, Linux, and macOS systems, but has only been tested on Windows.

Visit the releases page to download the latest version.

Note: manga-translator creates a mtl-config.yml and mtl-cache.bin in the same directory as the binary, so consider changing your GOPATH to a more suitable directory before installing.

At least one of the following are required:

This will create a service account key for the Vision API. The path to this JSON key will be needed to configure manga-translator.

This API key will be needed to configure manga-translator (if you want to use this translation service).

This API key will be needed to configure manga-translator (if you want to use this translation service).

Do one of the following:

IMAGE_LOCATION must be a path or a URL.

A lightweight and easy to use tool for deflickering timelapse image sequences.

Simple Deflicker A minimalist, lightning-fast and easy to use tool for deflickering image sequences such as timelapses. It's still in its early stages

Retired. I don't use/develop this package anymore. Go bindings for GStreamer at a very early stage of maturity. This package is based on GLib bindings

Rasterx is an SVG 2.0 path compliant rasterizer that can use either the golang vector or a derivative of the freetype anti-aliaser.

Windows-API-Capture-Webcam Use Windows API to capture a image from a Webcam in GoLANG Other Go is a amazing and powerful programming language. If you

didder is an extensive, fast, and accurate command-line image dithering tool. It is designed to work well for both power users as well as pipeline scripting. It is backed by my dithering library, and is unique in its correctness and variety of dithering algorithms.

🔍 Go tool for LSB steganography, capable of hiding any file within an image.

stegify Overview stegify is a simple command line tool capable of fully transparent hiding any file within an image or set of images. This technique i

Faster than the fastest in the world pixel-by-pixel image difference tool.

imgdiff Faster than the fastest in the world pixel-by-pixel image difference tool. Why? imgdiff isn't as fast as a tool like this should be and I'm no

image-rootfs-scanner A tool to pull and scan the rootfs of any container image for different binaries. It started out as a means of finding "restricte

Config changer for Dead By Deaylight For now only for epic store version And if only installed under C:\ further updates will include support for vers 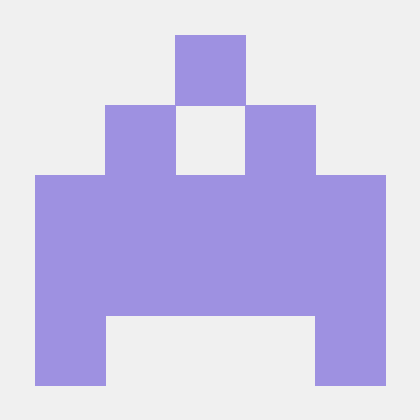 This tool provides a shortcut to opening a linear issue in the desktop app or browser.