Aceptadora provides the boilerplate to orchestrate the containers for an acceptance test.

Aceptadora provides the boilerplate to orchestrate the containers for an acceptance test.

Aceptadora is a replacement for docker-compose in acceptance tests, and it also allows running and debugging tests from your IDE.

The acceptance tests of this package are an example of usage for this package. There are also CI builds running on both Github Actions and Travis CI that serve as an example.

We've been using docker-compose for acceptance tests for a long time, and while this approach did have issues (since test subjects and dependencies were not restarted between tests, we had to have some suites depending on other ones, which made the tests flaky and slow) we lived with it until the introduction of gRPC. Once we started playing with gRPC we found an issue: the gRPC golang client tries to connect to the service when the service is started, and if it fails, it will keep returning that error for a while. Since we started our test subjects before the acceptance-tester in the former approach, our test subjects failed to call the mocked gRPC servers on the acceptance-tester.

So, we created a library that restarted our test subject interacting with docker from the acceptance test itself.

You can read the full story on Medium.

Everything in aceptadora accepts t *testing.T and everything does require.NoError(t, err) because in tests nobody's going to handle the errors anyway, so we apply a fail-fast strategy, removing the retured errors and keeping the API clean for clearer acceptance tests.

In order to handle multiple environments there are some stages in config loading. Notice that all the configs loaded expand the env vars set by ${VAR} to their values from what's already loaded.

One may wonder: why don't we just decide all of that in some kind of test-loading shellscript? The answer is that deciding that from the test itself allows us running the tests from any IDE as a normal test, instead of having a proxy script. Of course loading some env vars would work, but since aceptadora can do this for you, why should we care? This way we can make sure that test running is portable and doesn't require any external dependencies.

Then we load more env configs for the test itself, usually acceptance.env, which tells the acceptance test where the aceptadora.yml file is located, and how images from different docker registries are pulled. Notice that acceptance.env can be specific to each suite you may have if their paths are different. You can load as many common configs as you want, loading an acceptance.env and then ../config/acceptance.env for example.

Aceptadora will also take care of stopping the services, you can call aceptadora.Stop(ctx, svcName) to stop one of them, or StopAll(ctx) to stop all the (still running) services.

This package doesn't have unit tests. All the testing is performed by the example itself in the acceptance tests folder. The unit tests would require either defining interfaces for the functionality that docker provides and mocking them, which would overcomplicate the code without offering enough value in exchange, or testing using the docker real docker API, which is already covered by the acceptance tests. However, this is opinionated. Feel free to disagree, open us an issue with your proposal, or even better, a pull request.

DepCharge is a tool designed to help orchestrate the execution of commands across many directories at once.

DepCharge DepCharge is a tool that helps orchestrate the execution of commands across the many dependencies and directories in larger projects. It als

Containers the hard way: Gocker: A mini Docker written in Go It is a set of Linux's operating system primitives that provide the illusion of a contain

A tool to build, deploy, and release any environment using System Containers.

Clair Note: The main branch may be in an unstable or even broken state during development. Please use releases instead of the main branch in order to

Simple docker tui to list, start and stop your containers

A super simple demo to document my journey to reasonably sized docker containers.

Viewnode displays Kubernetes cluster nodes with their pods and containers.

viewnode The viewnode shows Kubernetes cluster nodes with their pods and containers. It is very useful when you need to monitor multiple resources suc

Fadvisor(FinOps Advisor) is a collection of exporters which collect cloud resource pricing and billing data guided by FinOps, insight cost allocation for containers and kubernetes resource

[TOC] Fadvisor: FinOps Advisor fadvisor(finops advisor) is used to solve the FinOps Observalibility, it can be integrated with Crane to help users to

My Homemade ci-cd service made for docker containers

Docker-CI-CD What Is This? The Docker-CI-CD is a tool that helps you to make every commit and push to your github repositories happen seamlessly and a 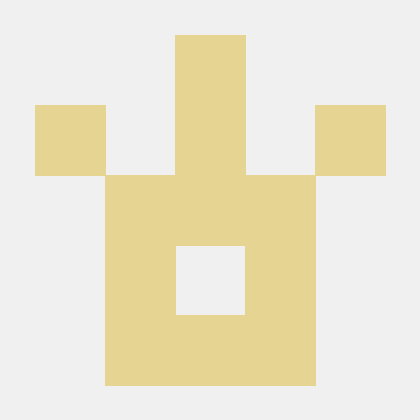