NOTE: This repository is in maintenance mode. Wingo is still used every day, but because there are no tests, it is impossible to add new functionality. Therefore, I will only be doing work on Wingo required to make it work.

Wingo is an X window manager written in pure Go. All of its dependencies, from communicating with X up to drawing text on windows, are also in Go. Wingo is mostly ICCCM and EWMH compliant (see COMPLIANCE).

If you have Go installed and configured on your machine, all you need to do is: (For Archlinux users, Wingo is in the AUR.)

Or if you're brave and are using a desktop environment, just run this to replace your current window manager: (Seriously though, save you work. Wingo is still very alpha.)

You can find me in the #wingo IRC channel on FreeNode.

Wingo has two features which, when combined, set it apart from other window managers (maybe):

WARNING: The major drawback of using a workspaces per monitor model is that it violates an implicit assumption made by EWMH: that one and only one workspace may be viewable at any point in time. As a result, in multi-head setups, pagers and taskbars may operate in confusing ways. In a single head setup, they should continue to operate normally. Wingo provides prompts that allow you to add/remove workspaces and select clients that may alleviate the need for pagers or taskbars.

Wingo is extremely configurable. This includes binding any of a vast number of commands to key or mouse presses, theming your window decorations and setting up hooks that will fire depending upon a set of match conditions.

All configuration is done using an INI like file format with support for simple variable substitution (which makes theming a bit simpler). No XML. No recompiling. No scripting.

A fresh set of configuration files can be added to $HOME/.config/wingo with

Each configuration file is heavily documented.

Configuring key/mouse bindings and hooks uses a central command system called Gribble. For example, one can add a workspace named "cromulent" with this command:

But that's not very flexible, right? It'd be nice if you could specify the name of workspace on the fly... For this, simply use the "Input" command as an argument to AddWorkspace, which shows a graphical prompt and allows you to type in a name:

The text entered into the input box will be passed to the AddWorkspace command.

So I lied earlier. You can kind of script Wingo by using its IPC mechanism. You'll need to make sure that wingo-cmd is installed:

While Wingo is running, you can send any command you like:

Or perhaps you can't remember how to use the AddWorkspace command:

Which will print the parameters, their types and a description of the command.

Want to pipe some information to another program? No problem, since commands can return stuff!

And you can even make commands repeat themselves every X milliseconds, which is ideal for use with something like dzen to show the name of the currently active window:

Finally, you can see a list of all commands, their parameters and their usage: (even if Wingo isn't running)

(Wingo actually can provide enough information for ambitious hackers to script their own layouts in whatever programming language they like without ever having to deal with X at all. Assuming it has support for connecting to unix domain sockets. Or you could just use a shell with 'wingo-cmd' if you're into that kind of tomfoolery.)

Having some set number of workspaces labeled 1, 2, 3, 4, ... is a thing of the past. While Wingo won't stop you from using such a simplistic model, it will egg you on to try something else: dynamic workspaces.

Dynamic workspaces takes advantage of two things: workspace names and adding/removing workspaces as you need them.

This is something that I find useful since I'm typically working on multiple projects, and my needs change as I work on them. For example, when working on Wingo, I might add the "wingo" workspace, along with the "xephyr" workspace and the "gribble" workspace. When I'm done, I can remove those and add other workspaces for my next project. Or I can leave those workspaces intact for when I come back to them later.

With Wingo, such a workflow is natural because you're no longer confined to "removing only the last workspace" or some other such nonsense. Plus, adding a workspace requires that you name it---so workspaces always carry some semantic meaning.

Right now, only simple tiling layouts are available. (Vertical and Horizontal.) Mostly because those are the layouts that I primarily use. I'll be adding more as they are demanded.

I'd actually love to add this to Wingo. It's slightly more complex than automatic tiling layouts, because it introduces the concept of containers, which is something that Wingo knows nothing about. Namely, a container can hold zero or more windows and an empty container may have focus.

Why doesn't Wingo have..?

Another popular workspace model (particularly among tiling window managers) is tagging a window with one or more workspaces.

Not only do I find this needlessly complex, but it doesn't really make sense in a model where more than one workspace can be visible in multi-head setups.

This is in Openbox, but not Wingo. Honestly, I just never use it. I'm not really opposed to them, though.

The thought of programming the decorations for this scares me. This, like manual tiling, would also require that Wingo have a notion of containers (which it doesn't).

If an ambitious person wanted to run with it, that's fine, but there are serious hurdles. The most pertinent one is mixing OpenGL with the pure X Go Binding. I am not sure how to do it.

One could use the X RENDER extension, but I think everyone hates that.

I have done a non-trivial amount of research into Wayland (but not a big amount) and there are serious hurdles to overcome before Go can work with the Wayland protocol in a practical way. Namely, while a pure Go binding could be written easily enough, it would be forced into software compositing---which could be too slow. In order to do hardware compositing, I think you need OpenGL (specifically, EGL), which links against the libwayland libraries. (Yeah, that's a recursive dependency. Wooho.)

Plus, in order to use Wayland, Wingo would need a compositing backend (along with every other non-compositing X11 window manager). This is also not an easy task.

If I am in err (and this is quite likely; my OpenGL knowledge is limited), please ping me.

You really should be using the 'go' tool to install Wingo, and therefore shouldn't care about dependencies. But I'll list them anyway---with many thanks to the authors (well, the ones that aren't me anyway).

Wingo is heavily inspired by Openbox and Xmonad. Basically, Openbox's floating semantics (although most window managers are the same in this regard) and Xmonad's automatic tiling style plus its workspace model (workspaces per monitor). I've also adopted Xmonad's "greedy" workspace switching and embedded the concepts from the "DynamicWorkspaces" contrib library into the Gribble command system.

Go your own way

Wingo is actually split up into many sub-packages. It is possible (but not necessarily likely) that you could pick out some of these sub-packages and use them in your own window manager. The packages of particular interest are probably the ones that do the most nitty gritty X stuff---especially relating to drawing windows. Here's a quick run down of those:

Sets up some plain old X cursors. Not very interesting.

Provides several different kinds of prompt windows that can take user input. These should actually work in an existing window manager. (See the examples in the package directory.) Prompt requires both the 'render' and 'text' Wingo packages.

Renders some very basic shapes and gradients to X windows.

Renders text to windows. Also provides a special window type that can act as a text box for user input.

The only other package worth mentioning is 'frame'. It's probably too monolithic to be used in another window manager (unless you really like Wingo's decorations), but it's possible that it could serve as a half-decent template for your own frames.

The rest of the sub-packages (excluding xclient and wm, since they are very Wingo specific) could also be used, particularly since only minimal Client interfaces are required. However, most of them aren't that complex and therefore probably aren't worth it. And the ones that do have some complexity (maybe 'heads' and 'workspace') aren't packages that I'm particularly proud of.

Also, if you're wanting to make a Go window manager, my xgbutil package (separate from Wingo) will be a big help. Feel free to ping me.

My past X work

There's too much. The highlights are pytyle and Openbox Multihead.

I love to code.

Hit The Slopes Calculate slope and r2 in your dataset for a defined rolling window. This is useful if you want to see the evolution of trends in your

Goclip Simple Windows-like clipboard manager for linux. This application is just a proof-of-concept and might be highly unstable. Features Clipboard t 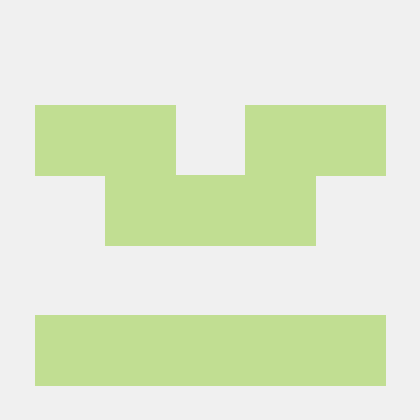 NOTE: This repository is in maintenance mode. Wingo is still used every day, but because there are no tests, it is impossible to add new functionality

Go Telegram Captcha Bot Fancy, fully-featured, easy to use, scalable Telegram CAPTCHA bot written in Go based on tucnak's telebot this robot only has 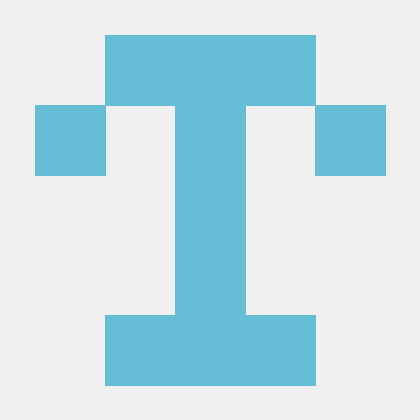 dqlx is a fully featured DGraph Schema and Query Builder for Go.

dqlx is a fully featured DGraph Schema and Query Builder for Go. It aims to simplify the interaction with the awesome Dgraph database allowing you to fluently compose any queries and mutations of any complexity. It also comes with a rich Schema builder to easily develop and maintain your Dgraph schema.

gqlgenc Note: ⚠️ This is a WIP, backward-compatibility cannot be guaranteed yet, use at your own risk gqlgenc is a fully featured go gql client, power

Focus is a fully featured productivity timer for the command line, based on the Pomodoro Technique. Supports Linux, Windows, and macOS.

Focus is a cross-platform productivity timer for the command line. It is based on the Pomodoro Technique, a time management method developed by Francesco Cirillo in the late 1980s.

This is a HubSpot Go client generated using openapi-generator. It includes packages for every OpenAPI spec listed in HubSpot's API directory. Installi