Some additional goals of this implementation:

To build an FST, create a new builder using the New() method. This method takes an io.Writer as an argument. As the FST is being built, data will be streamed to the writer as soon as possible. With this builder you MUST insert keys in lexicographic order. Inserting keys out of order will result in an error. After inserting the last key into the builder, you MUST call Close() on the builder. This will flush all remaining data to the underlying writer.

MUST insert keys in lexicographic order:

After closing the builder, the data can be used to instantiate an FST. If the data was written to disk, you can use the Open() method to mmap the file. If the data is already in memory, or you wish to load/mmap the data yourself, you can instantiate the FST with the Load() method.

How does the FST get built?

A full example of the implementation is beyond the scope of this README, but let's consider a small example where we want to insert 3 key/value pairs.

First we insert "are" with the value 4.

Notice how the values associated with the transitions were adjusted so that by summing them while traversing we still get the expected value.

Now, we insert "see" with value 3. Once it has been added, we now know that states 5 and 4 can longer change. Since they are identical to 3 and 2, we replace them.

Having inserted our last key, we call Close() on the builder.

For additional information, see the references at the bottom of this document.

We've broken out a separate document on the vellum disk format v1.

What if I want to use this on a system that doesn't have mmap?

The mmap library itself is guarded with system/architecture build tags, but we've also added an additional build tag in vellum. If you'd like to Open() a file based representation of an FST, but not use mmap, you can build the library with the nommap build tag. NOTE: if you do this, the entire FST will be read into memory.

Can I use this with Unicode strings?

Yes, however this implementation is only aware of the byte representation you choose. In order to find matches, you must work with some canonical byte representation of the string. In the future, some encoding-aware traversals may be possible on top of the lower-level byte transitions.

How did this library come to be?

In my work on the Bleve project I became aware of the power of the FST for many search-related tasks. The obvious starting point for such a thing in Go was the mafsa project. While working with mafsa I encountered some issues. First, it did not stream data to disk while building. Second, it chose to use a rune as the fundamental unit of transition in the FST, but I felt using a byte would be more powerful in the end. My hope is that higher-level encoding-aware traversals will be possible when necessary. Finally, as I reported bugs and submitted PRs I learned that the mafsa project was mainly a research project and no longer being maintained. I wanted to build something that could be used in production. As the project advanced more and more techniques from the BurntSushi/fst were adapted to our implementation.

Are there tools to work with vellum files?

Under the cmd/vellum subdirectory, there's a command-line tool which features subcommands that can allow you to create, inspect and query vellum files.

How can I generate a state transition diagram from a vellum file?

The vellum command-line tool has a "dot" subcommand that can emit graphviz dot output data from an input vellum file. The dot file can in turn be converted into an image using graphviz tools. Example...

Most of the original implementation here started with my digging into the internals of mafsa. As the implementation progressed, I continued to borrow ideas/approaches from the BurntSushi/fst library as well.

For a great introduction to this topic, please read the blog post Index 1,600,000,000 Keys with Automata and Rust

go-paddle is a Go client library for accessing the Paddle API.

go-paddle go-paddle is a Go client library for accessing the Paddle API. Installation go get github.com/Fakerr/go-paddle Alternatively the same can be 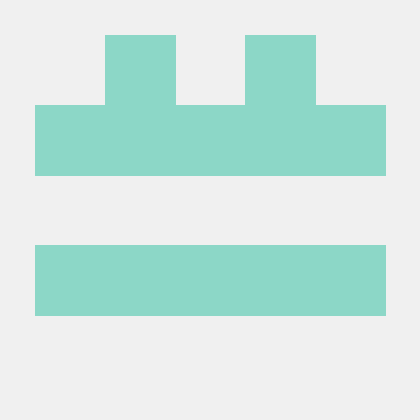 Us-api: a simple service that returns the US state code based on the state

us-api us-api is a simple service that returns the US state code based on the state. It does not support creating, updating nor deleting data. Local D 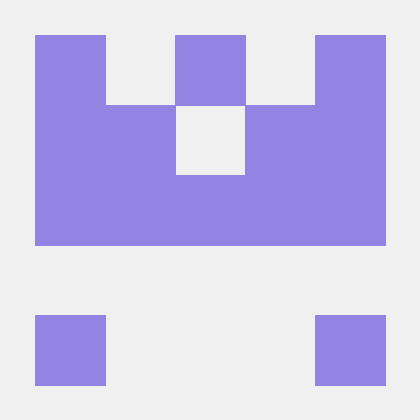 Go CLI Library cli is a library for implementing powerful command-line interfaces in Go. cli is the library that powers the CLI for Packer, Serf, Cons

Go CLI Library cli is a library for implementing powerful command-line interfaces in Go. cli is the library that powers the CLI for Packer, Serf, Cons xorfilter: Go library implementing xor filters Bloom filters are used to quickly check whether an element is part of a set. Xor filters are a faster a A simple Go library for 3D ray-tracing rendering, implementing the book Ray Tracing in One Weekend.

Ray Tracing in Go A Go implementation of the book Ray Tracing in One Weekend. The repository provides a library to describe and render your own scenes

modern text indexing for go - supported and sponsored by Couchbase

Bigmachine is a library for self-managing serverless computing in Go

Bigmachine Bigmachine is a toolkit for building self-managing serverless applications in Go. Bigmachine provides an API that lets a driver process for