HUBFS is a read-only file system for GitHub and Git. Git repositories and their contents are represented as regular directories and files and are accessible by any application, without the application having any knowledge that it is really accessing a remote Git repository.

HUBFS is a command-line program with a usage documented below. On Windows there is also good desktop integration so that you can use HUBFS without the command line.

In order to mount HUBFS issue the command hubfs MOUNTPOINT. For example, hubfs H: on Windows or hubfs mnt on macOS and Linux.

The first time you run HUBFS you will be prompted to authorize it with GitHub:

To unmount the file system simply use Ctrl-C. On macOS and Linux you may also be able to unmount using umount or fusermount -u.

HUBFS interprets submodules as symlinks. These submodules can be followed if they point to other GitHub repositories (this currently works well only on Windows when using the -o rellinks option). General repository symlinks should work as well.

When you use the MSI installer under Windows there is better integration of HUBFS with the rest of the system:

In order to build HUBFS run make from the project's root directory. On Windows you will have to run .\make. The build prerequisites for individual platforms are listed below:

HUBFS is a cross-platform file system written in Go. Under the hood it uses cgofuse over either WinFsp on Windows, macFUSE on macOS or libfuse on Linux. It also uses go-git for some git functionality.

HUBFS caches information in memory and on local disk to avoid the need to contact the servers too often.

HUBFS uses the git pack protocol to fetch repository refs and objects. When HUBFS first connects to the Git server it fetches all of the server's advertised refs. HUBFS exposes these refs as subdirectories of a repository.

HUBFS fetches objects with a depth of 1 and a filter of tree:0. This ensures that the git server will only send objects whose hashes have been explicitly requested. This avoids sending extraneous information and speeds up communication with the server.

Founder and owner at Navimatics LLC. Previously architect and manager at Netscape and Microsoft. Airplane, floatplane and helicopter pilot. Sailor.

AetherFS assists in the production, distribution, and replication of embedded databases and in-memory datasets. You can think of it like Docker, but f

GeeseFS is a high-performance, POSIX-ish S3 (Yandex, Amazon) file system written in Go Overview GeeseFS allows you to mount an S3 bucket as a file sys 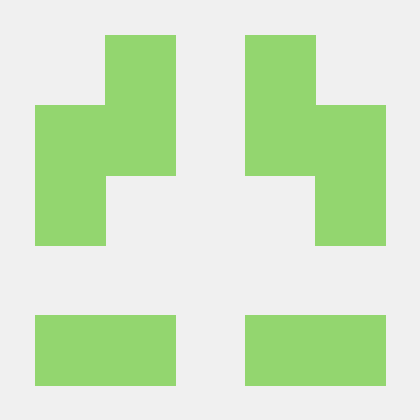 Gokrazy mkfs: a program to create an ext4 file system on the gokrazy perm partition

gokrazy mkfs This program is intended to be run on gokrazy only, where it will c

gh contribute being a gh extension for finding issues to help with in a GitHub repository. This extension suggests an issue in a given repository to w

Paste your GitHub Secrets to files

A FileSystem Abstraction System for Go

A FileSystem Abstraction System for Go Overview Afero is a filesystem framework providing a simple, uniform and universal API interacting with any fil

Overview This is an CLI tool that can handle timed standup playback on a sonos device. It allows you to add links to audio files that will be randomly