Slackscot is a slack bot core written in Go. Think of it as the assembly kit to making your own friendly slack bot. It comes with a set of plugins you might enjoy and a friendly API for you to realize your ambitious dreams (if you dreams include this sort of thing).

Go 1.11 or above is required, mostly for go module support.

The first concrete bot implementation using this code was youppi, named after the great mascot of the Montreal Expos and, when the Expos left Montreal, the Montreal Canadiens.

Slackscot is a variation on the expected theme of slackbot with the implication that this is the core to more than just a regular bot. You know, a friendly company mascot that hangs out on your slack.

Slackscot provides the pieces to make your mascot but you'll have to assemble them for him/her to come alive. The easiest to get started is to look at a real example: youppi.

The godoc is also a good reference especially if you're looking to implement something like a new implementation of the storer interfaces.

Assembling the Parts and Bringing Your slackscot to Life

Here's an abbreviated example of how youppi does it:

You'll also need to define your configuration for the core, used built-in plugins and any configuration required by your own custom plugins (not shown here). Slackscot uses viper for loading configuration which means that you are free to use a different file format (yaml, toml, env variables, etc.) as desired.

Creating Your Own Plugins

It might be best to look at examples in this repo to guide you through it:

Slackscot now supports integration with opentelemetry. To aid with the addition of new metrics, you can find a gowrap template here. To add a metrics to a new interface, you can do something like

When updating the template, you should consider running go generate in order to refresh the already generated files with the template changes.

REPLbot is a Slack bot that allows you to control a REPL from within Slack.

?? REPLbot REPLbot is a Slack bot that allows you to control a REPL from within Slack. It comes with a few REPLs (Go ?? , Java, NodeJS, PHP, Python, R

This slack-bot collects all @gophers notifications into one slack channel

slacker Built on top of the Slack API github.com/slack-go/slack with the idea to simplify the Real-Time Messaging feature to easily create Slack Bots,

Auto Slack Check-in auto-slack-checkin is a command line interface (CLI) that sends check-in or check-out message for you while you are sleeping ??. 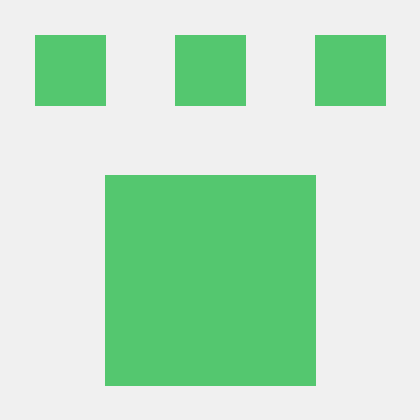 Bot that polls activity API for Github organisation and pushes updates to Telegram.

git-telegram-bot Telegram bot for notifying org events Requirements (for building) Go version 1.16.x Setup If you don't have a telegram bot token yet,

Bot-template - A simple bot template for creating a bot which includes a config, postgresql database

Golang bot that connects to slack using Socketclient to read and write messages.

Solution Guide This solution implements a ChatOps-like approach to monitoring slot utilization of Google Cloud BigQuery reservations. As an alternativ

Culture Bot A slack bot used to act as a companion to new people in tech. Helps

OCM URL Verify Bot Checks the url included in a discord message. Displays a verified status when the domain of the url attached is in the verified-dom

A bot based on Telegram Bot API written in Golang allows users to download public Instagram photos, videos, and albums without receiving the user's credentials.

InstagramRobot InstagramRobot is a bot based on Telegram Bot API written in Golang that allows users to download public Instagram photos, videos, and

Introduction Sarah is a general-purpose bot framework named after the author's firstborn daughter. This comes with a unique feature called "stateful c