The purpose of the template is to show:

Using the principles of Robert Martin (aka Uncle Bob).

Integration tests (can be run in CI):

Configuration and logger initialization. Then the main function "continues" in internal/app/app.go.

For configuration, we chose the cleanenv library. It does not have many stars on GitHub, but is simple and meets all the requirements.

Reading the config from yaml contradicts the ideology of 12 factors, but in practice, it is more convenient than reading the entire config from ENV. It is assumed that default values are in yaml, and security-sensitive variables are defined in ENV.

Swagger documentation. Auto-generated by swag library. You don't need to correct anything by yourself.

Integration tests. They are launched as a separate container, next to the application container. It is convenient to test the Rest API using go-hit.

There is always one Run function in the app.go file, which "continues" the main function.

Next, we start the server and wait for signals in select for graceful completion. If app.go starts to grow, you can split it into multiple files.

For a large number of injections, wire can be used.

The migrate.go file is used for database auto migrations. It is included if an argument with the migrate tag is specified. For example:

Server routers are written in the same style:

Simple REST versioning. For v2, we will need to add the http/v2 folder with the same content. And in the file internal/app add the line:

Instead of Gin, you can use any other http framework or even the standard net/http library.

In v1/router.go and above the handler methods, there are comments for generating swagger documentation using swag.

Entities of business logic (models) can be used in any layer. There can also be methods, for example, for validation.

A repository is an abstract storage (database) that business logic works with.

In order to remove the dependence of business logic on external packages, dependency injection is used.

For example, through the New constructor, we inject the dependency into the structure of the business logic. This makes the business logic independent (and portable). We can override the implementation of the interface without making changes to the usecase package.

It will also allow us to do auto-generation of mocks (for example with mockery) and easily write unit tests.

We are not tied to specific implementations in order to always be able to change one component to another. If the new component implements the interface, nothing needs to be changed in the business logic.

Programmers realize the optimal architecture for an application after most of the code has been written.

A good architecture allows decisions to be delayed to as late as possible.

Dependency Inversion (the same one from SOLID) is the principle of dependency inversion. The direction of dependencies goes from the outer layer to the inner layer. Due to this, business logic and entities remain independent from other parts of the system.

So, the application is divided into 2 layers, internal and external: The inner layer with business logic should be clean. It should:

The business logic doesn't know anything about Postgres or a specific web API. Business logic has an interface for working with an abstract database or abstract web API.

The outer layer has other limitations:

For example, you need to access the database from HTTP (controller). Both HTTP and database are in the outer layer, which means they know nothing about each other. The communication between them is carried out through usecase (business logic):

The symbols > and < show the intersection of layer boundaries through Interfaces. The same is shown in the picture: You can choose how to call the entry points as you wish. The options are:

The classic version of Clean Architecture was designed for building large monolithic applications and has 4 layers.

In the original version, the outer layer is divided into two more, which also have an inversion of dependencies to each other (directed inward) and communicate through interfaces.

The inner layer is also divided into two (with separation of interfaces), in the case of complex logic.

Complex tools can be divided into additional layers. However, you should add layers only if really necessary.

An example of implementation of Clean Architecture in Golang

Template No previous versions, still working on this one to reach v1. API Service for pssword app mobilde based on : https://github.com/bxcodec/go-cle

Goview is a lightweight, minimalist and idiomatic template library based on golang html/template for building Go web application.

Go-project-template - Template for a golang project

This is a template repository for golang project Usage Go to github: https://git

A simple template using Fiber for me to bootstrap API services quickly.

Fast, powerful, yet easy to use template engine for Go. Optimized for speed, zero memory allocations in hot paths. Up to 20x faster than html/template

quicktemplate A fast, powerful, yet easy to use template engine for Go. Inspired by the Mako templates philosophy. Features Extremely fast. Templates

Temporal Go Project Template This is a simple project for demonstrating Temporal with the Go SDK. The full 20 minute guide is here: https://docs.tempo 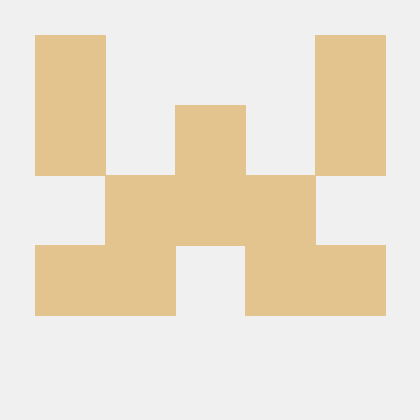 A general purpose golang CLI template for Github and Gitlab

A Go Template Library. A bunch of utils and collections that are not part of the Golang standard library.

gotl A Go Template Library. A bunch of utils and collections that are not part of the Golang standard library. Prerequisites This library is using ext

Go Competitive Programming Template How to use this repo? Check the commit histo

user-api-golang A CRUD API template for perform operations on users. Written in golang. Components Server: Golang with go-chi as mux and zap for loggi

Template for depency injection in golang (no libraries)

Go Dependency Injection (No libraries) Project template based on the most common layered architecture style, made to explain how to do dependency inje