Wormhole-gui is a cross-platform application that lets you easily share files, folders and text between devices.

Wormhole-gui is a cross-platform application that lets you easily share files, folders and text between devices. It uses the Go implementation of magic-wormhole, called wormhole-william, and compiles statically into a single binary. Wormhole-gui is also compatible with sending to and receiving from other wormhole clients, such as the cli applications from both wormhole-william and magic-wormhole.

The initial version was built in less than one day to show how quick and easy it is to use fyne for developing applications.

Wormhole-gui an open source project that is provided free of charge and that will continue to be the case forever. If you use wormhole-gui and appreciate the work being put into it, please consider supporting the development through GitHub Sponsors. This is in no way a requirement, but would be greatly appreciated and would allow for even more improvements to come further down the road.

Wormhole-gui compiles into a statically linked binary with no runtime dependencies. Compiling requires a Go compiler (1.14 or later) and the prerequisites for Fyne.

Systems with the compile-time requirements satisfied can build the project using go build in the project root:

The project is available in the Fyne Apps Listing and can be installed either using the fyne get command or using the Fyne Apps Installer. It can also be built and installed using GNU Make (installing is currently only supported on Linux and BSD):

Contributions are strongly appreciated. Everything from creating bug reports to contributing code will help the project a lot, so please feel free to help in any way, shape or form that you feel comfortable doing.

oDrop is a cross-platform LAN file transfer software to efficiently transfer files between computers, oDrop is useful in environments where GUI is not available.

Handshake Query ⚠️ Usage of this library is not currently recommended in your application as the API will likely change. Handshake Query is a cross-pl

🖥 Securely transfer and send anything between computers with TUI.

??️ Securely transfer and send anything between computers with TUI. Installation ways

Transfer - A simple go application for uploading, downloading and checksumming of files

Transfer This project holds a simple go application for uploading, downloading a

Upspin Documentation: upspin.io About the project Upspin is an experimental project to build a framework for naming and sharing files and other data s

A web based drag and drop file transfer tool for sending files across the internet.

onionbox A basic implementation of OnionShare in Go. Mostly built as a fun project, onionbox is still a WIP so usage is not guaranteed secure, yet. Ke 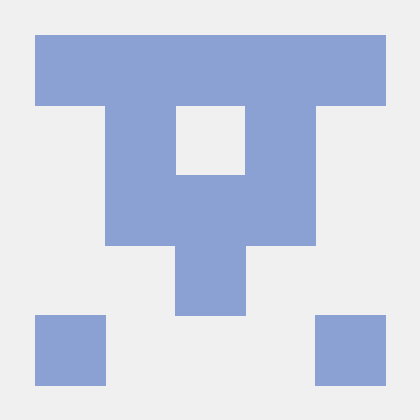 Transfer your local .ENV files for another developer

🌧 BitTorrent client and library in Go

transfer.sh - Easy and fast file sharing from the command-line.

Easy and fast file sharing from the command-line. This code contains the server with everything you need to create your own instance.

Easy and fast file sharing from the command-line.

Easy and fast file sharing from the command-line. This code contains the server with everything you need to create your own instance.