We want to focus on being:

The inspiration for Hasgo, as well as some ideas around implementation come from the lovely Pie library, made by Elliot Chance. It's safe to say that Hasgo would not exist without Pie. However, the way Pie and Hasgo work is not the same and neither is the focus of the project. If you don't find a function in Hasgo, check out Pie!

You can find more examples here.

Or add hasgo to your go.mod file.

These are the function currently available with Hasgo. It shows you which type of data they operate on as well as the Haskell type definition. The first symbol of the signature is actually the method receiver in Go terms.

Alternatively, you can consult the godoc

These functions can be generated for every type.

The built-in types (Strings, Ints, Bools) have some functions defined on them that are not generated. Mostly because we could not create them in a generic way.

* (Functions prefixed by a star are functions added to the type itself, where first element in the signature is the method receiver. So for examples, the Equals method is Ints{1,2}.Equals(Ints{1}). But, the IntRange function looks like hasgo.IntRange(0,10).

You can help out Hasgo in a variety of ways! Here are some ideas:

What's in a name?

The name Hasgo is a portmanteau of "Haskell" and "Go". I'm a big fan of both languages, though they are quite different. It's impossible to write real Haskell-like code in Go. There are some obvious differences between the languages in terms of syntax. I hope the functions in this library stay as close as possible to their Haskell implementations. There might be extra functions in here that are not in Haskell, and there will be functions in Haskell that you won't find here.

The inspiration mainly shows in the naming of functions. If the functions were named after Java lambdas, it'd be called "Jago". Sorry if you expected more Haskell goodness (I'm open to suggestions of how more haskell in Hasgo!)

Currently I have an experimental implementation of hasgo here as hasgo2. It does require a development version of Go installed from source to function correctly at this stage.

Set of functions/methods that will ease GO code generation

Set of functions/methods that will ease GO code generation

str Some convenient string functions. What This package containsa couple of functions to remove duplicates from string slices and optionally sort them 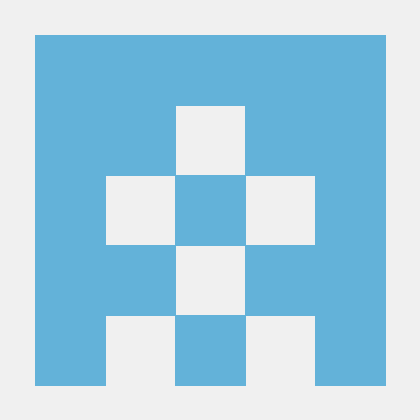 This package provides simple graph to execute functions in a group

Introduction This package provides simple graph to execute functions in a group.

This application demonstrates how to launch high-performance "serverless" functions from the YoMo framework to process streaming data. The functions are embedded in a WebAssembly VM, WasmEdge, for safety, security, portability, and manageability.

Package iter provides generic, lazy iterators, functions for producing them from primitive types, as well as functions and methods for transforming and consuming them.

iter Package iter provides generic, lazy iterators, functions for producing them from primitive types, as well as functions and methods for transformi

A wrapper for exposing a shared endpoint for Google Cloud Functions in go. API styled after Node.JS firebase-functions package.

firebase-fx A wrapper for Google Cloud Functions that simplifies the deployment of serverless applications. Meant to expose a similar API to the Fireb

sqlgen generates SQL statements and database helper functions from your Go structs. It can be used in place of a simple ORM or hand-written SQL. See t

Common juju errors and functions to annotate errors. Based on juju/errgo

errors import "github.com/juju/errors" The juju/errors provides an easy way to annotate errors without losing the original error context. The exporte

A safe way to execute functions asynchronously, recovering them in case of panic. It also provides an error stack aiming to facilitate fail causes discovery.

Async Provides a safe way to execute functions asynchronously, recovering them in case of panic. It also provides an error stack aiming to facilitate

Parallel fn Run functions in parallel. Limit the number of goroutines running at the same time. Installation go get -u github.com/rafaeljesus/parallel