Box.Println(title, lines string) prints Box in a newline from the specified arguments.

You can make your custom Box by using the inbuilt Box struct provided by the module.

It has color support from gookit/color module from which this module uses FgColor and FgHiColor. Color is a key for the following maps:

If you want High Intensity Colors then the Color name must start with Hi. If Color option is empty or invalid then Box with default Color is formed.

As convenience, if the terminal's doesn't support True Color then it will round off according to the terminal's max supported colors which makes it easier for the users not to worry about other terminal for most of the cases.

4-bit Colors are now standardized so it is supported by all terminals now.

If ConEmu or ANSICON is installed for Windows systems then it will be also detected. It is highly recommended to use the latest versions of both of them to have the best experience!

As different terminals have different font by default so the right vertical alignment may not be aligned well. You will have to change your font accordingly to make it work.

2. Limitations of Unicode and Emoji

It uses mattn/go-runewidth for Unicode and Emoji support though there are some limitations:

It is possible to round off true color provided to 8 bit or 16 bit according to your terminal's maximum capacity.

The following two points are just applicable for Unix systems:

There might be no color effect for very old terminals like Windows Console (Legacy Mode) or environment variable TERM give DUMB so it will output some garbage value or a warning if used.

In Online Playgrounds, CI/CDs, Browsers etc, it is recommended not to use this module with color effect as few may have it but this is hard to detect in general. If you think that it's possible then open an issue and address the solution!

I thank the following people and their packages whom I have studied and was able to port to Go accordingly.

Special thanks to @elimsteve who helped me to optimize the code and told me the best possible ways to fix my problems and @JalonSolov for tab lines support.

Kudos to moul/golang-repo-template for their Go template.

An easy to use menu structure for cli applications that prompts users to make choices.

WMenu Package wmenu creates menus for cli programs. It uses wlog for its interface with the command line. It uses os.Stdin, os.Stdout, and os.Stderr w

An attempt to make a cli for dev.to in Go

A highly-performant command runtime server written in Go for Flame 🔥

A highly-scalable, entity-resolution technology that was originally developed to connect internal data together

TiloRes CLI What is TiloRes? TiloRes is a highly-scalable, “entity-resolution” technology that was originally developed to connect internal data toget

JOB, make your short-term command as a long-term job. 将命令行规划成任务的工具

A daemon to make your keyboard backlight smart.

A CLI to replace your git commit command, so your git message can partially follow the Conventional Changelog ecosystem

COMMIT CLI A CLI to replace your git commit command, so your git message can partially follow the Conventional Changelog ecosystem. And yes, it is bui

Make any Go function into a API (FaaS)

faas Make any (Go) function into an API with one HTTP request. This is a FaaS: functions as a service. But, in actuality, its more of a FaaSSS: functi

This repository contains utility functions that do not make sense in other packages.

Installation go get github.com/IQ-tech/go-utils Executing code before process exits AtInterruption receives a function that will be called once befor

This package to make it easy to work with env 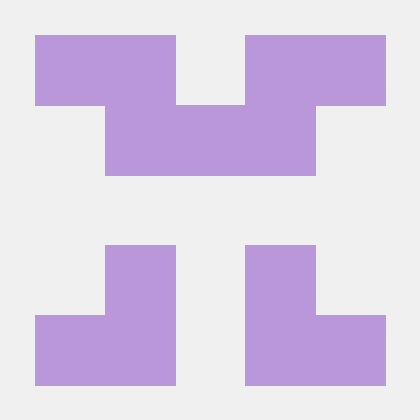