An action that tweets.

Gopher A Tweet was created based on GopherCon 2021s Gophers of Microsoft: GitHub Action in Go Lab to explore building a GitHub Action based in Go.

From the root of your repo, you should be able to run the following to build and test the Go action.

The action.yml file contains the metadata which describes our action. This includes, but is not limited to the following.

By setting runs.using: docker we are telling the Actions runtime to execute the Dockerfile when the Action is used in a workflow.

By setting runs.image: Dockerfile we are telling the Actions runtime to build and then execute the Dockerfile at the entrypoint defined in the Dockerfile. The build for the Dockerfile will happen each time the Action is executed, which can take a considerable amount of time depending on how long it takes to build your Go code. Later, we'll change this to a pre-built image for optimization.

This Dockerfile should look relatively familiar to folks who use containers to build Go code. We create a builder intermediate image based on Go 1.15.2, pull in the source, and build the application. After the application has been built, the statically linked binary is copied into a thin image, which results in an image of roughly 8 MB.

Go module definition which will need to be updated with the name of your module.

This is the Go entrypoint for your GitHub Action. It is a simple command line application which can be executed outside the context of the Action by running the following. This is where you will add your Go code for your Action.

This is the continuous integration / CLI release automation. The release workflow defined in this automation will is triggered by tags shaped like v1.2.3, and will create a GitHub release for a pushed tag. The release will use the ./github/release.yml to automatically generate structured release notes based on pull request tags.

This action triggers when a new release is published. Upon publication of the new release, this will tag the repository with the shortened major semantic version pointing at the highest semantic version within that major version. For example, v1.2.2 and v1 point to the same ref xyz, a new tag is introduced v1.2.3 which points to ref abc, this action will move the v1 tag to point to abc rather than xyz. This enables consumers of an action to take a "floating" major semantic version dependency, like [email protected].

This action runs on tags shaped like image-v1.2.3, and will build and push a container image to the GitHub Container Registry.

Once you push your first image you will also need to update the Container Registry to allow public access.

TODO: record and post the first lab walking through creation, execution and optimization

Click on "Use this template" on https://github.com/the-gophers/go-action, and create a repo of your own. I'm going to call mine "test-gopher-action", make it public, and click "Create repository from template".

Checkout a new branch and let's make this our own GitHub Action. git checkout -b my-action

Update ./action.yml name, description, and author to something reasonable. The name field needs to be unique to others in the store. Update links to reference your repo (at least the ghcr.io ones -- which will need to be lowercased).

When you are done with your changes, commit them, push your branch to GitHub, and open a pull request. In the PR, you should see the CI action run and complete successfully.

Check out main and pull down the latest changes from GitHub (git pull).

In your test-gopher-action repo on GitHub, click on Actions. Navigate the UI to the running action and see that it built the action, built the Dockerfile and executed the entrypoint Go application.

Also note how long it took to run the action. Using a Dockerfile will cause it to rebuild that image EACH time the action runs!. We can do better than that. More ahead.

More info on git tags if you're curious.

This should create our first release in GitHub via the release action workflow.

Navigate to the v1.0.0 release and click edit. Within the release edit page, you should see "Publish this Action to the GitHub Marketplace". If you check that box, your action will now be publicly advertised to all of GitHub!

PSA: The rest of this is optional. If you don't care about your action going fast, stop right here.

Now we are going to make this FAST by pre-baking our container image. Tag the repo with git tag image-v1.0.0 and then push the tag git push origin image-v1.0.0. This will kick off the image release build.

Replace image: Dockerfile with image: docker://ghcr.io/your-repo/your-image:1.0.0 replacing the repo and image name. Commit the changes and tag a new release of the Action as done in #7.

Rerun the continuous integration and see how much faster the action runs now that it doesn't have to rebuild the container image each time.

Always welcome! Please open a PR or an issue, and remember to follow the Gopher Code of Conduct.

actionlint is a static checker for GitHub Actions workflow files. 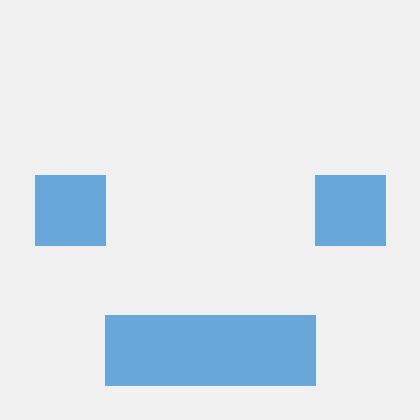 githubv4 Package githubv4 is a client library for accessing GitHub GraphQL API v4 (https://docs.github.com/en/graphql). If you're looking for a client

go-github is a Go client library for accessing the GitHub API v3.

A GitHub CLI extension that displays collaboration-related information about a GitHub repository.

Go library for accessing trending repositories and developers at Github.

go-trending A package to retrieve trending repositories and developers from Github written in golang. This package were inspired by rochefort/git-tren

Periodically collect data about my Twitter account and check in to github to preserve an audit trail.

HUB ADMIN Hub Admin is a command-line tool managing your github credentials Installation go get github.com/crewdevio/HubAdmin How to use Open he

A demo repo to show KICS Github Action in Action

action-hackernews-post Unofficial A Github action to post to news.ycombinator.com Uses @lukakerr's hkn go module to login and post to HN Guidelines As

A starting point for a GitHub Action based in Go.

GitHub Action Using Go This is a starting point for a GitHub Action based in Go. This repo provides all the structure needed to build a robust GitHub

A GitHub action for the Go! programming language (by Francis McCabe, 2004)

Setup Go! (GitHub Action) This project is a GitHub action for the Go! programmin

A Github Action to auto approve pull requests that contain only document reviews.

Approve documentation review A Github Action to auto approve pull requests that contain only document reviews. The Cloud Platform team have a document

ghutil GitHub Utilities for bulk operations. Requirements A ghutil.toml configuration file is needed in the working directory. It should have entries

Use go-github sdk in go.

Dynbio - A simple service for dynamic update my bio on github